After reading through the sections of The World We Made, I found that it was still lacking in some of the specifics regarding a cultural shift towards sustainability, the role of entertainment in this new world, or of the lifestyle of those in a “share economy”. Other sections definitely support that this is where Alex McKay’s world is headed, and he touches upon these subjects lightly – “The Material World”, which discusses the circular economy, and “Companies, Cooperatives and Capitalism”, which discusses the emergence of cooperatives in a capitalist economy – but it doesn’t go into the cultural shifts that must have taken place to ensure that many of these changes would stick around and that they would have popular support.

If I were to add a section to this book, I would want Alex McKay to more closely document his own life, what he and others do for fun, how the entertainment and film industries play into this new world (if at all), and how the world is evolving to become more cooperative and sustainable in its approach.

It would pose and answer questions such as – what is pop culture like in this world? Do we rap and make films and tv shows about sustainability? Do “celebrities” live more modestly now that their exorbitant lifestyles are linked to waste and environmental destruction? Do concerts generate energy, or do they get all their energy from solar power? 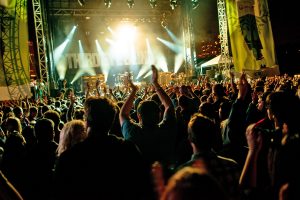 Currently, the book takes an economical and historical approach to its storytelling – I would be interested in infusing a sociological standpoint as well as personal accounts or pop news stories from those living in this world.