Or, in the case of the Black Belt in Alabama, injustice by any other name would still smell like raw sewage flooding people’s bathrooms, exposing them to tropical diseases often associated with the poorest corners of this world. The Black Belt has a rich history of slavery, white supremacy, and violence, making it a national hot spot for environmental and social justice initiatives nowadays. The region originally gained its name from the rich, dark soil that made this area ideal for cotton plantations during the 19th century. However, after the collapse of the cotton industry and years of unsustainable farming practices, the region became known for its high concentration of former slaves and extreme poverty, giving “Black Belt” a new interpretation. Additionally, the soil that once supported a thriving cotton industry is now the leading cause behind Alabama’s sewage problem, a major environmental justice problem in the United States. Ironic. 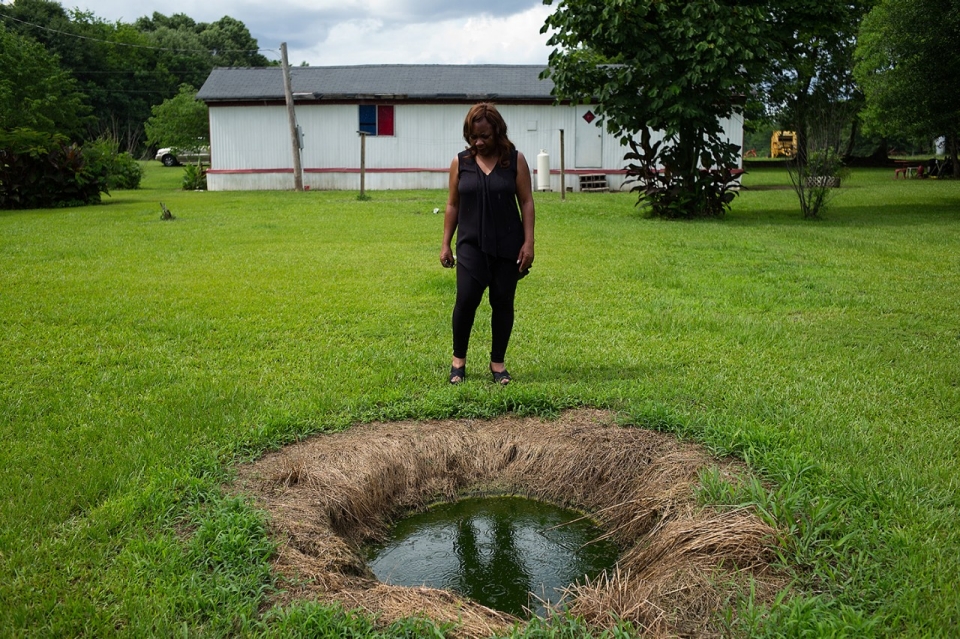 As an environmental justice advocate, Catherine Flowers uses the sewage situation in Lowndes County to emphasize the intersection between climate change, social injustices, and health problems. In addition, throughout her talk, she numerously stressed the fact that we’re not prepared for climate change. As “natural” disasters become more frequent and more intense, we need to find innovative ways to effectively evacuate people and repair broken infrastructure. As Ms. Flowers mentioned, designing nature’s future will have to take these factors into account, whether it’s through new mass transit systems or flood-proof infrastructure. More importantly, however, future designs will have to focus on providing enough housing, education, and other services for an influx of climate refugees who are permanently displaced from their current communities.