Phil Chase, who becomes president of the United States in the second portion of the book, embodies a powerful character in the narrative and represents a leading force that would be much needed now in our world for environmental action. Always described as joking and smiling, he becomes the public face of environmental policy and, mediating between science and policy, he sets the agenda for climate action. 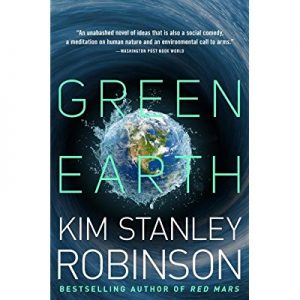 This idea of environmental narrative is extremely powerful as we have seen in class how stories and language spur action. One environmental story that I learned about this week is about the evolution of a specific kind of butterfly in England during the Industrial Revolution. This kind of butterfly is the moth. During the Industrial Revolution, white moths became much rare and black moths more present. The air pollution caused by the emission of the 19th century was making it harder for white moth to escape to predators and therefore driving the white moth population extinct. However, contemporary scientists have recently found that, because of England’s improvement in air quality and regulation on emission, the white moth population is back, outnumbering the black one. 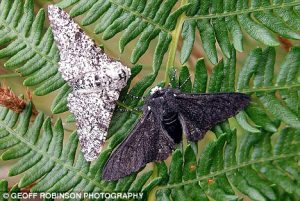 I think this is an extremely powerful story: it showcases the immediate effects of human action on a species, but also shows its possibility for recovery and revival when given the chance. I think Phil Chase calls for these types of redemptive and positive stories to be told in the Anthropocene.