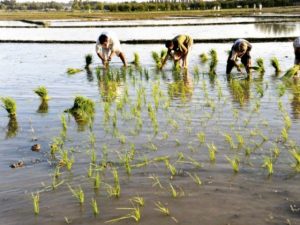 Prompt: How do environmental issues register differently in different cultures?

The short stories we read in class this week shared a common theme: cultural differences affect the way people solve problems. There are a plethora of variables that prevent solutions from universality, especially solutions related to the environment. This is to be expected; how can an environment in the Appalachian Mountains be the exact same as an environment within the Andes or one in the Himalayas? While one might be tempted to apply the same methods that work in one culture or environment to any other that is similar, there are often several roadblocks, including but not limited to: financial and material resources, local regulations, geographical constraints, moral objections, and even comprehension of the solution.

Westerners, in particular, love trying to impose their methods upon the international community. However, while not always helpful, their effort is important. Research has shown that environmentally friendly attitudes and behaviors have primarily developed in societies that emphasize the individual rather than the collective. Individualistic societies are prone to people taking action on their own, while team-first attitudes have suffered from social loafing. As a result, individualistic societies, which are most often found in Western countries, are the ones producing solutions for the rest of the world, even though the advancements they have made in their own countries far outpace less developed nations. Keeping this in mind, it is necessary that they transfer their spirit but not their solutions, because experience has shown that the best local solutions are the ones that are understood by the people who are affected the most.

Sikh Reincarnation and the Boundaries of “Animal”

The chapter in the book Keywords for Environmental Studies pertaining to my keyword, “animal”, addresses the doctrine surrounding the boundaries of the term, specifically whether or not it includes humans. From one perspective, humans dominate the earth, have developed sophisticated oral and written languages, and are by far the most powerful living species. However, there is no question that humans evolved from other animal species, so where is the boundary set?

While this question is heavily explored in the book, the reading reminded me of a previous study I did on Sikhism. Followers of this religion believe in the process of reincarnation after death, or rebirth into another physical body. Sikhs encourage morality through the promise of attaining a union with God in heaven. At a grassroots level, a soul is cycled throughout a hierarchy of beings until it behaves well enough to escape the pains of life on earth. However, if the being that the soul occupies has immoral behavior, it is reborn after death in another physical body, albeit one of a so-called lower species.

The Sikh concept of reincarnations brings about an ethical debate over the value of species. The religion does not define specific animals that are higher or lower than others, but souls can occupy one of three tiers (from highest to lowest): humans, animals, and plants. Thus, not only do Sikhs place the highest value on humans whereby they are the closest beings to holiness, but they give a clear separation between humans and other animals.

This blog post is a reaction to the following discussion prompts:

Are apocalyptic warnings about global warming effective, or do such warnings create problems of credibility or paralyze action? How can scientists raise awareness of future, serious effects from climate changes—rising sea levels, deaths from prolonged droughts, and so on—without relying on some vision of catastrophic events?

Some climate scientists and journalists have complained that the public cannot “see” global warming. How would you solve this problem? Which medium do you think can most compellingly express the impacts of prolonged drought, rising sea levels, disease, and so forth?

The general American public is understandably isolated from an accurate understanding of the true effects of climate change on our planet. As a result of much of the discourse surrounding this topic being confined to the academic sphere, not to mention the difficulty of interpreting the occasional statistic, most people find it almost impossible to imagine an environment drastically altered from the current one and the impact it will have on their lives.

The issue, as Cox insists, is all about framing. An accurate portrayal of the consequences of humans’ actions is limitedly broadcast unto the pages of scientific journals such as Science and Nature. Yet, the audience of these and similar publications is one that already has a heightened consciousness of the state of environmental affairs.

To generate massive action, it is the masses that have to be reached. The channel must be carefully selected, and the message must be even more carefully determined so that it is encoded and eventually decoded properly to spur action. There have been many attempts to achieve both general public interest and awareness, but we can undoubtedly do better.

A favorite channel has been visual media, such as television and cinema. Directors and producers have worked together to bring the public fascinating scenes of what our lives might be like in 50, 100, or even 1000 years. However, these futuristic visions truly are overly apocalyptic and go so far into the future that it cannot be comprehended.

The solution is double-sided. The government must work to eliminate the biggest threats to the environment through tax incentives and penalties. At the same time, the education system has to double-down on its efforts to spread climate awareness to children, and hopefully the future will be brighter and cleaner as a result.

Three topics/ideas/issues that intrigue me: The recycling process, impact of waste on animals and their natural habitats, rainforests

Most interesting bit of news I read today (or lately): Chrysler used software to cheat on emissions tests