Desan – how the plastic became alive

The words have come today. The stories make living on the sea better, they give me a chance to get away from it. The short works are worth more than any amount of Pagrus-plastious stratus that I can catch. I can tell that It is trying to wipe away my memories so books let me experience new ones.

I fear I will lose my ability to experience sensation to it. 2 years ago when I left, there were hundreds of story-makers. I used to be able to get a story in a few days for a small Mercluccius-plastious australis. But as the tides continue to rise, the story tellers are forced from their homes. No one can write on the sea, that is well known. Now I know of only 5 story makers and the price of their service has has continued to rise as the lengths between receiving stories grow. The balloon captain said that it seems like they will lose all of the native Island story tellers in the next 2 months, so they will try to expand their air routes north in hopes to find new ones.

I remember when anyone could write a story. We were warned that the amount of plastic in the animals we were eating had reach toxic levels but no one listened. No one wanted to change their regular diet. We all said it was to too hard to change our habits but now that we are living like this we realize how stupid we were.

We kept eating and eating and eating. Then, the 1-hour-WAR happened. The plastic was beginning to turn people mad all those decades ago. One of the United States 4 star generals went mad and fired the entire nuclear arsenal on the world. and the world fired back. The radiation from all the bombs caused the temperature of the world to soar and melt every piece of ice on the planet and destroy the Ozone. Waters rose hundreds of feet. What we did not see coming was the effects of the fall-out.

All the plastic inside of us became alive. The same thing happened to the animals and plants. That is why all animals know have “plastious” added on to their scientific name. No one could figure out how the radiation made the plastic alive in us and I do not think we ever will. Everyone is too infected to figure it out.

Now we just wonder the empty oceans waiting for the words. the words that will let us be free for only a moment.

It is becoming stronger, I can tell. It has taken me several weeks to record this and I have already forgotten what I have said in the beginning. 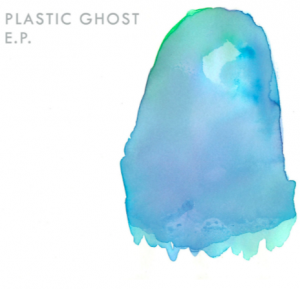