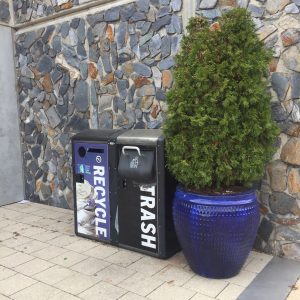 There is no doubt that we as a people base our reactions and sentiments on visuals. For example, there is an entire field called “color study” in which analyzes the way in which certain colors affect the human mood. What is interesting is when companies and organizations capitalize on the aesthetic aspects that cause people to behave in a certain way.

On our nature hunt this week, I became aware of the visual aspects of the campus in a way that I hadn’t experienced before. It is pretty interesting that it take consciously taking in the aesthetics of a place to understand the impact that visuals have on my own daily decisions. I came across many environmental visuals that communicated to me different ideas. Take the construction on east campus versus the heavily wooded areas on west campus for example; I had more feelings that the campus was environmentally friendly when I was surrounded by green space, rather than overturned soil and construction trucks. This idea connects to the discrepancy of green spaces in Durham leading to an overall decrease in mental happiness in East Durham compared to their green heavy counterparts.

I was most captivated by the ways in which visuals were used on campus to entice people to behave differently. For example, the simple placement of bike racks around campus can change the culture around biking versus riding the bus. Also, Duke like to brag when they are working towards sustainability; they place lots of stickers and plaques on buildings and classrooms that meet certain energy and sustainability goals. This also relates to the idea that people are motivated by small positive, visual reinforcements. The biggest push to change behavior that I witnessed was the usage of vegetation around areas in which contained recycling and trash bins. As if a the site of the plant would remind the person throwing something away, that they were indeed making an environmental decision. While I may be looking into the placement of items on campus too closely, it is still vital to understand environmental communication and behavioral changes by analyzing the visuals tied to those ideas.