The Future Without Bees!

The future without bees! Let’s imagine our best case scenario, and call it Image One.

There we are, sitting in rocking chairs on our back porches, watching the electronic, solar-powered bees pollinate our victory gardens. (Not victory of a war, but the victory of human survival. Scientists postulated that we wouldn’t get this far.) Thanks to the genius of robotics, we have eliminated the need to follow insect pollination patterns, and plants can be pollinated year round. We have just one season now, a perpetual spring. We managed to halt global warming in a temperature sweet spot. Crops grow with fervor unseen before, and every day is a beautiful day to spend the afternoon outside with a good book.

Everyone gave up beef. When we first lost the bees, the cow feed took a hit, and then the cows. Tofu is the new normal, and it’s okay- really- once you get used to it. Kids today won’t even know the difference. We live in small, community oriented towns. Our homes are low-impact. Wind turbines line the country side, arranged so as not to interrupt avian flight patterns. Solar panels and geothermal wells power the robotics industry. And the robotics industry powers agriculture. Our invincible spring is pleasant and productive.

Then there’s Image Two. Suppose that colony collapse disorder was accelerated and the future without bees arrived tomorrow. Suddenly, no bees, anywhere, at all.

You’d notice it slowly. Markets would empty over time. First to go would be the fruits and vegetables. And after the meat industry realized they had nothing more to feed the cattle, the hens, the hams; that too would disappear. The devastation of a bee-less world would demolish whole food chains. Within weeks, panic would set in.

There would be a run on the supermarkets. Anything left on the shelves would be pillaged and hoarded in post-apocalyptic basement bunkers. Some bright minds would rally and suggest solutions, but in the midst of a Food War, their ideas would come too late. “We could clone dead bees!” some would say. But there is no substitute for the natural way of the world.

There would be survivors, after the wars are said and done. And some foods would remain. Not many, but a chosen few. (Bees don’t pollinate everything, after all.) The world population would be drastically reduced. Humanity has expanded to fill the space made possible to it by bees, and without those bees, it would shrink with astounding rapidity. Image Two is extreme, and also unlikely, but it exposes the truth: our lives depend on bees and without them, we can’t eat much of anything. We ought to be investing a lot of time, effort, and money in ways to protect them.

In addition to Image One and Two, there’s also Image Three.

In Image Three, we incentivize farmers to establish habitats for honeybee populations. We stop using pesticides because bees aren’t pests after all. We plant flowers. Everywhere. Highways and backyards and front yards and schoolyards and graveyards. We create habitats for the creatures that create our dinner. In doing this, we are preventing collapse or at least preparing to weather the storm. 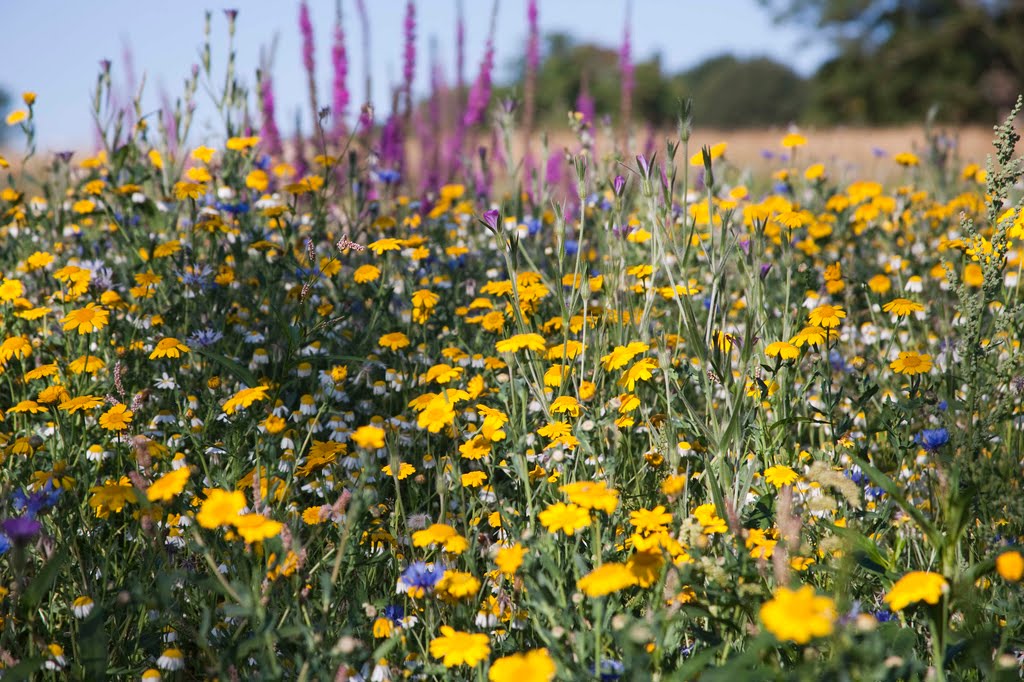 The death of bees could present a problematic future not unlike Image Two, but the main point is that the problems are not happening in some dim, distant future. They are happening now.