Haitians have a legal right to adequate housing that is currently being violated. 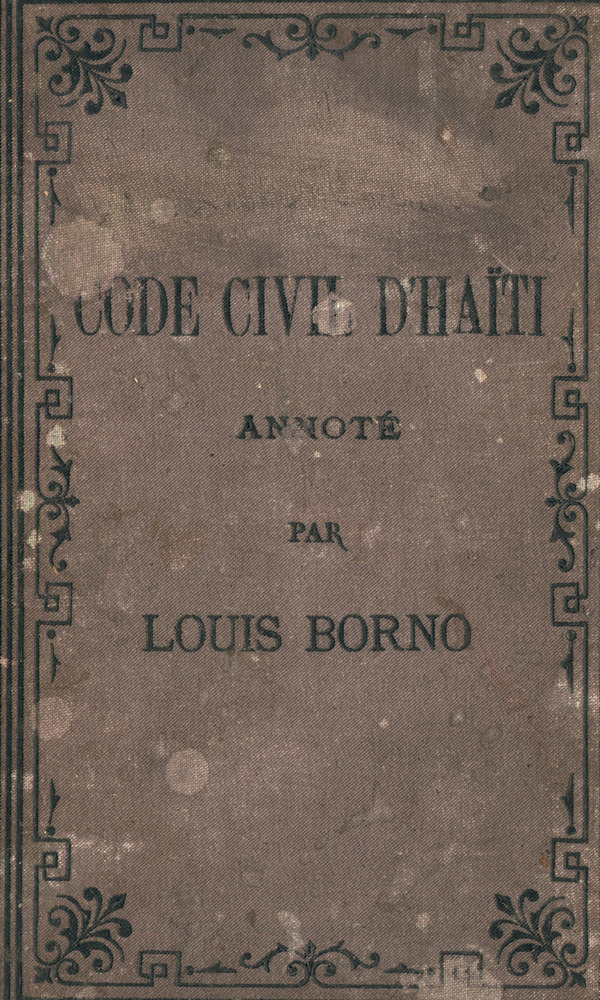 The Haitian Civil Code of 1825 recognizes the rights of both public and private property ownership. Its provisions are based on the French Civil Code of 1806 and 1825, making it similar to Louisiana’s civil code; however, unlike Louisiana’s, Haiti’s has not undergone any serious revision. It divides property into three classifications: common, public, and private. Ownership is defined as the right of “use, enjoyment, and disposition” of property. As much as 2/3rds of current Haitian territory could currently be “public” – or owned by the state – but a lack of proper documentation makes certainty in this realm impossible. This lack of documentation has been a huge barrier to the Haitian’s government ability to expropriate land for emergency purposes.

The “Code Rural” of 1826 was abolished in 1843 and replaced by a new version in 1864, but it is infrequently applied. This infrequency is strange in light of the fact that as of the mid-1900s, 85% of the Haitian population lived in rural areas, and that today the majority of citizens continue to be rural; however, the extralegal Lakou system may explain this discrepancy.

Traditionally, Haitian law has been very slow and reticent to respond to the shifting pressures of a modernizing, globalizing economy, placing modifications within existing frameworks rather than making radical changes. In the past, the Haitian Legal System has generally turned to French law and French writers of the 19th century to inspire its own relationship to the law, but recently the system has begun looking more to Common Law systems, such as that of the United States, as role models for Haiti’s judicial reform. The Republic of Haiti’s 1987 Constitution recognizes “the right of all citizens to a decent lodging.” It also states that “Ownership entails obligations. Uses of property cannot be contrary to the general interest,” a clause that could be used against the current practice of forced evictions occurring in IDP camps (Article 36-3). Unfortunately, these laws are not being enforced by the Haitian government.

Further property rights guaranteed by the 1987 Constitution include the following:

Although the law clearly states that confiscating property for “political reasons” is forbidden, this is arguably exactly was is currently happening in Haiti’s IDP camps. As 2013 nears and squatters’ rights come into effect in IDP camps, internally displaced persons will gain greater legal ability to invoke these articles when defending their housing rights (See sections under “Haiti Today” for more detailed analyses).

Multiple International agreements also recognize the human right to housing, including Article 25 of the Universal Declaration of Human Rights, which states that “[e]veryone has the right to a standard of living adequate for the health and well-being of himself and of his family, including food, clothing, housing and medical care. . .” Haiti is party to international agreements such as the International Covenant on Civil and Political Rights (ICCPR), the Convention on the Rights of the Child (CRC), and the Convention on the Rights of Disabled Persons (CRDP), all of which guarantee the human right to housing. If the Haitian government does not comply with the stipulations of these agreements, international courts could step in.

Haitians Invoke their Right to Housing

On the second anniversary of the Haiti earthquake, a protestor's sign reads, "If there is land for factories, there should be land for housing." Photo by Ben Depp. www.bendep.com. Retrieved from Erkert, Alexis. Other Worlds. Accessed April 2012.

Projects such as the Housing Rights Advocacy Project (HRAP) attempt to invoke this right to housing to pressure the government to both stop forced evictions and develop housing for the over 500,000 people who remain internally displaced within Haiti. The following video was presented at a hearing for forced evictions organized by the Inter-American Commission on Human Rights in October 2010. The presentation won, and this commission ordered that the Haitian government stop all forced evictions immediately. Nevertheless, forced evictions and suspicious IDP camp arsons continue today in 2012.

The Right-to-Housing Collective, made up of over 30 Haitian organizations, grassroots groups and displacement camp associations, has made the following demands:

“We, organizations of survivors living in internally displaced persons’ [IDP] camps, as well as social and grassroots organizations, state:

We resolve to remain mobilized in the struggle to change our society and our government. We resolve to regain the sovereignty of our country to construct a society in which we can enjoy guaranteed access to housing and all our fundamental rights. ”

These demands, which echo a desire for housing rights that Haitians technically already have, reveals that despite the fact that Haiti’s constitution guarantees these rights, they are not being recognized on the ground. The Haitian legislature must pass concrete laws that make efforts to actualize this right, specifically in relation to the IDP camp situation, to ensure that Article 22 becomes a reality.

Erkert, Alexis. 19 Jan 2012. “Two years after the earthquake in Haiti, ‘Housing is our battle.'” Other Worlds. Accessed April 2012. http://www.otherworldsarepossible.org/another-haiti-possible/two-years-after-earthquake-haiti-housing-our-battle