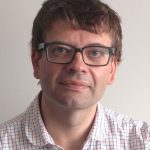 I was born in England in 1968, and completed a B.A. (Hons.) in Chinese Studies at Durham University, with a distinction in oral Chinese. As part of my language studies, I spent a year at Renmin University of China, in Bejing, and a summer on a scholarship at the Mandarin Training Center at Taiwan Normal University in Taipei. After my BA, I spent three years at Cambridge University studying theology and religious studies at the Faculty of Divinity. After graduating with an MA, I came to Boston, where I embarked upon a Ph.D. in the Division of Religious and Theological Studies at Boston University. I studied with Livia Kohn, one of the West’s leading experts on Daoism (aka Taoism), the organized indigenous religion of China, and also John Berthrong, Robert Neville and Tu Weiming (at Harvard), who are three of the great scholars of Confucian philosophy working in North America today.

Since graduating with my Ph.D. in 2000 I have been living in Toronto. Currently I’m Professor of Religious Studies and Chinese Studies at Queen’s University in Kingston, Ontario, Canada. Queen’s is one of the top-ranked research universities in Canada, and consistently attracts the very brightest undergraduate and graduate students. While I was an assistant professor, I spent four years directing our MA program in religion and modernity, where students research the impact of modernity on religions across the world. As part of their coursework they have the option of taking a graduate seminar that I teach on religion, nature and technology. In 2007-2008 I spent a sabbatical year as a visiting research professor in the School of Social Development and Public Policy at Fudan University in Shanghai, China. As part of my administrative work for Queen’s I run the Semester in Shanghai program at Fudan University.  I also maintain the largest academic website on Daoist Studies, with over 1,700 subscribers and over 10,000 pages of information. You can find this at www.daoiststudies.org

My research has focussed mainly on traditional Chinese views of nature and environment, and I’ve published five books on this topic, with a sixth in preparation.

For now, my research is focussed on the contemporary period. In particular I’m interested in two related questions:

As my research and thinking develops, I’m writing about these issues on this blog and commenting in the mainstream media, as well as publishing in traditional academic venues. You can find a complete list of my publications at my website  http://www.jamesmiller.ca.