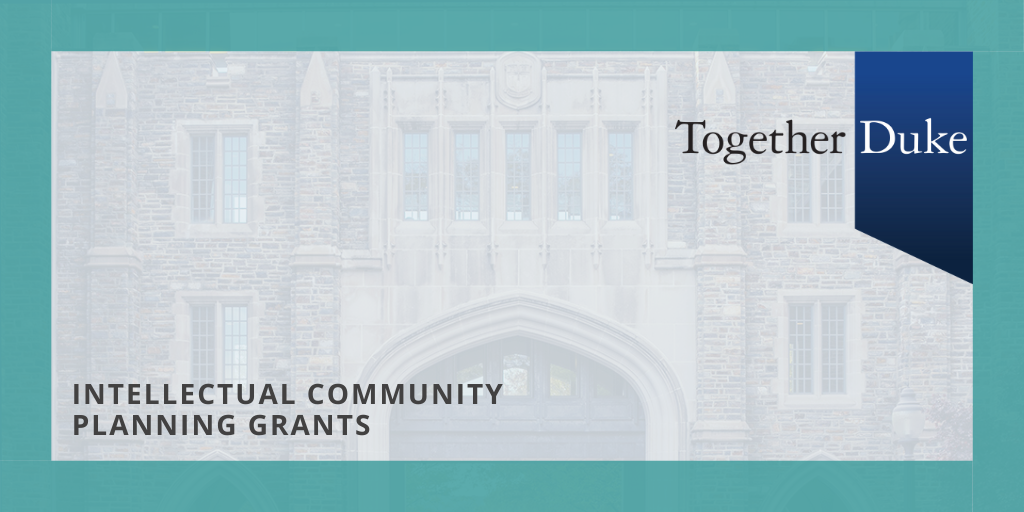 Eight Duke University faculty groups shared updates on the work supported by their 2019 Intellectual Community Planning Grants (ICPG). Although many groups’ plans were affected by the COVID-19 pandemic, they logged a number of accomplishments and intend to further their collaborations.

The group held a kick-off event featuring Amir Goldberg of Stanford University. Goldberg’s 90-minute lecture, “Timing Differences: Discursive Diversity and Team Performance,” was attended by about 40 faculty and graduate students from Fuqua and the broader Duke community. This interaction led the group to a new research project in collaboration with a startup firm that uses AI to generate productivity scores for employees in real time. The group began coordinating with the startup to run a randomized control trial where managers are given tips on how to enhance team productivity based on the AI-generated predictions.

The STEAM working group brought together members of the Duke community from a broad array of disciplines to explore the current status of STEAM interdisciplinary work around campus. The group met multiple times to define its goals, which included developing and distributing a campus-wide survey, creating a method for compiling STEAM resources and activities, and planning and implementing the first STEAM forum. The survey resulted in over 90 responses from faculty, staff and students of all levels. In completing the STEAM survey, the forum, and the postforum survey, the group laid a foundation for furthering STEAM at Duke.

Health as an Ecosystem: Expanding Our Imaginations of Health

Members of this group laid a foundation by making new connections across Duke. During a Science & Society dinner, for example, they met with graduate students from the School of Medicine, Science & Society, Environmental Toxicology who expressed interest in continued engagement. The group also benefited from monthly calls with the AAP Chapter Climate Advocates network and reviewed opportunities for future activities. In addition, the group organized a three-part lecture series, Climate Change, Health, and Social Justice, hosted by the Trent Center for Bioethics, Humanities & History of Medicine. The first event, From Planet to Patient, will take place on January 13, 2021 (register here).

Launching a Triangle-Wide Seminar in the Economics of Education

Held at the Sanford School of Public Policy, the inaugural Triangle Economics of Education Workshop featured four presenters from local universities and one presenter from out of state. Sarah Turner of the University of Virginia gave the keynote address on college affordability, tailored to higher education costs in North Carolina. The group received 17 research paper submissions from researchers at 29 institutions, including local universities, government agencies, think tanks and national or international universities. The workshop’s 60 attendees spanned multiple schools, departments and programs at Duke and came from surrounding universities as well.

Marine Medicine: Multidisciplinary Research at the Nexus of the Environment and Human Health 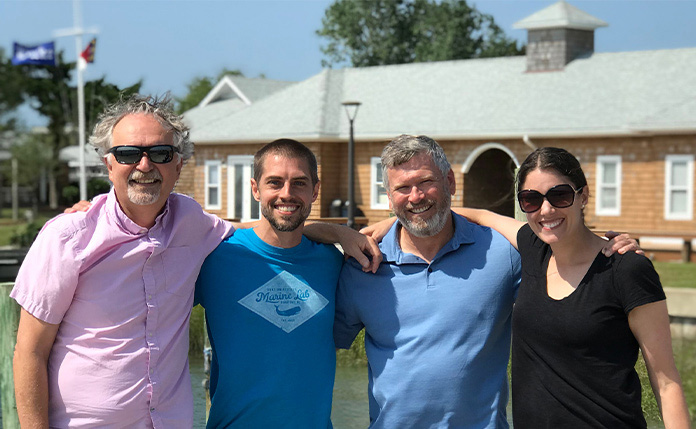 Over monthly meetings, this group created a strategy for long-term funding support of an Oceans and Human Health Initiative. Members also submitted two review papers, one of which has already been published (Schmaltz et al. 2020. Plastic pollution solutions: emerging technologies to prevent and collect marine plastic pollution. Environment International). They hosted a virtual Oceans and Human Health Symposium, which included faculty, outside speakers, postdocs, graduate students and undergraduates. The group succeeded in obtaining funding from the Nicholas School of the Environment, the Seaworld/Busch Gardens Conservation Fund and the Nicholas Institute for Environmental Policy Solutions (Catalyst Award). 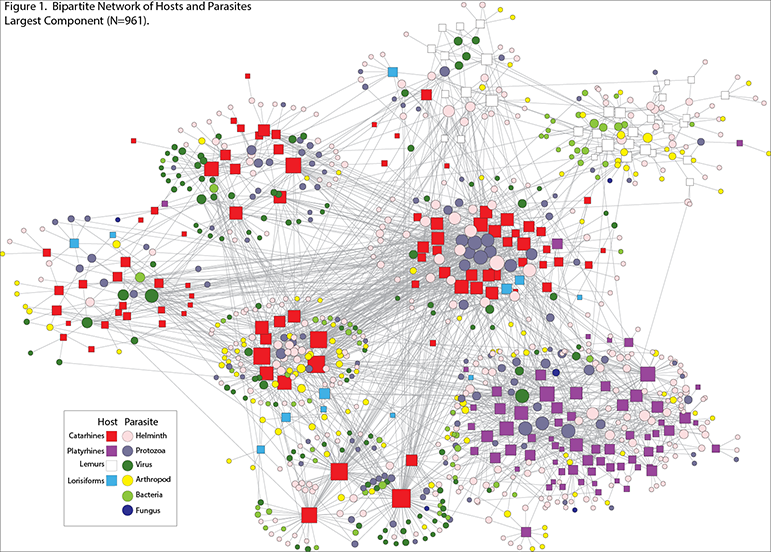 The group met multiple times to discuss potential grant mechanisms that would fit members’ interest in exploring how the potential intersection of social, epidemiological and evolutionary approaches might add to the ways in which we understand the spread of parasite and parasite-like diseases. While they did not submit a proposal based on this focus, the members got to know each other better and were poised to pursue opportunities related to COVID-19. They received two new grants (NSF-RAPID with Moody, Keister, Pasquale; CDC including Pasquale, Moody, Woods among many others) and used data on parasite-human interaction networks as a foundation for COVID-19 simulation work (Nunn, Moody, Pasquale).

This group made substantial headway on its aim of collating syllabi for members’ teaching efforts that relate to science and technology studies (STS). This emphasis on teaching proved especially useful to bridge the different levels of seniority in the group. Members now actively share their projected teaching schedules and think together about two other aims of the group: informing students more clearly about related courses in members’ cluster of teaching; and working within the limitations of individual unit constraints and needs to avoid scheduling those courses at the same time, which will better enable access for students.

A key goal of the Together Duke academic strategic plan is to invest in faculty as scholars and leaders of the university’s intellectual communities. To foster collaboration around new and emerging areas of interest, Intellectual Community Planning Grants are available to groups of faculty. Learn more, read about the 2020 recipients and see all Together Duke initiatives.