More than 250 aspiring Duke student entrepreneurs convened in Gross Hall on Wednesday night to network with dozens of startups from across the country. The StartupConnect Networking Fair, first launched in 2014, is designed to help students learn more about the startup culture and opportunities in entrepreneurship.

Following introductions to more than 30 companies such as RocketBolt, Double Doggie, TransLoc Inc and Simple Energy, students had the opportunity to network with startup founders and company representatives.

“When I was a student here, there was so much pressure to consider only investment banking and consulting as career options,” said Brooks Bell (T ’02), Founder and CEO of Brooks Bell Inc. “There was really no opportunity for startups to come and connect with the students. I’m interested to see how things have changed and how this StartupConnect opens up opportunities for students as they start their careers.”

In the three years of the event, StartupConnect has received interest from more than 1,000 students.

“StartupConnect is a great way for students to connect with potential internships. But beyond that, it’s a great way for students to open their minds to the types of opportunities that are available to them,” said Howie Rhee, the event’s organizer. “After each event, we often hear reports from students that they’ve discovered a role or changed their career paths from conversations and connections made at the event. It can really have an impact on their lives.”

Wilhelmina Ryan (T ’15), who met her current employer as a senior at last year’s event, was excited to return representing LuckyDiem and to share her experiences with current students.

“Coming to StartupConnect last year was such a great way to stumble upon an amazing opportunity,” Ryan said. “They bring in so many companies and do a great job connecting them with students who are excited to work in a startup environment.”

The StartupConnect Networking Fair was hosted by the Duke Innovation and Entrepreneurship Initiative, Pratt School of Engineering, and the Duke Career Center.

By Sarah Bender; originally published on the DukeToday website 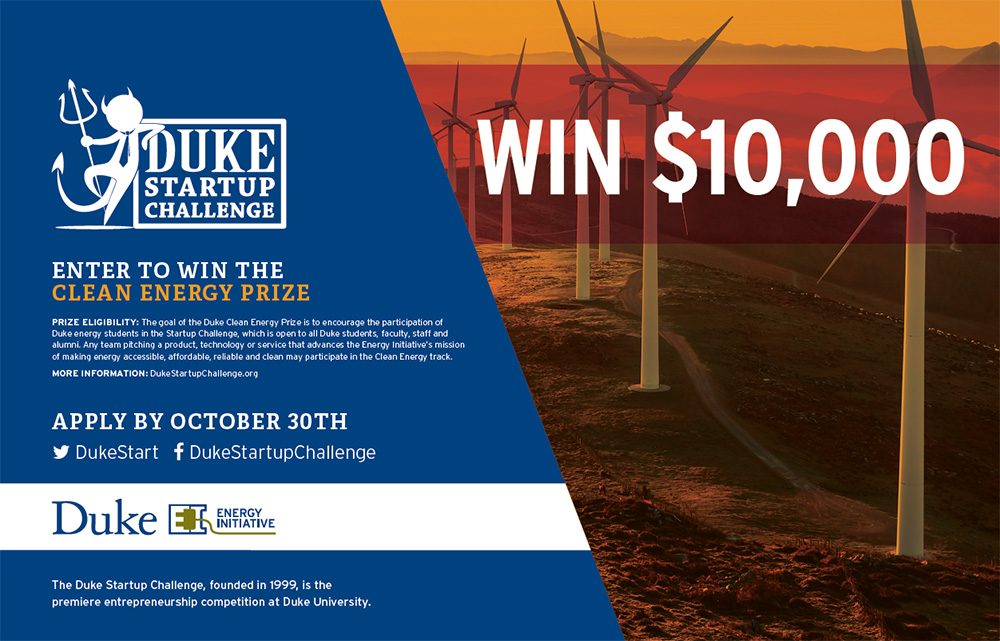