“It’s not about the destination, it’s about the journey”

It wasn’t until a recent walk around the neighborhood that it hit me; I wouldn’t be going back to Duke. Over the past four years, I’ve enjoyed breaks with my family in Maryland, but each time with the knowledge that I’d be returning home to my college dorm. It’s just now starting to sink in that “home” is about to take on a very different meaning.

Since the beginning of the semester, I had thought about what I would say during a toast at a final Nasher brunch with my closest friends and what I may write for my final column in The Chronicle. Needless to say, much has changed since that time. But, rather than focusing on the last half-semester that’s been taken away, I want to reflect on the 15/16 of my Duke career that I’ve been so fortunate to experience. 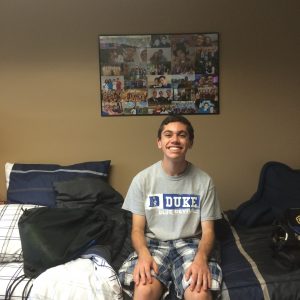 I recently opened a letter I had written to myself as part of Focus my freshman year. I got a glimpse of my freshman-self after four years of the exciting roller coaster that is Duke University. One part of that letter stood out the most. While I’d loved the opportunities that presented themself in my first semester, from shaking Bill Clinton’s hand to seeing President Obama, trying out new activities and being exposed to academic disciplines, something didn’t quite feel right. During Family Weekend, my parents imparted wisdom about the college experience (and life) that I have embraced to this day: “it’s not about the destination, it’s about the journey.” I had been so focused on reaching a particular level of closeness with my peers and “checking off all the boxes” at Duke that I was missing out on what college was and should be: a journey. When rush turned out differently than I had hoped and some friendships started to fade, I focused my energy on the people and organizations that felt the most genuine and welcoming, laying the foundation for the years to come. Plus, I always looked forward to watching Scandal with Dean Sue, biking the American Tobacco Trail, and Marketplace brunches. 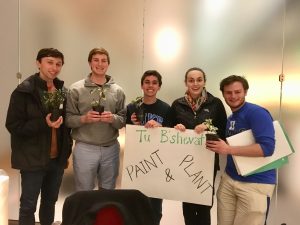 In my sophomore year, I lived in the Duke Smart Home, a sustainability living and learning community on Central Campus (R.I.P.). My dad still reminds me how I was so blown away when I saw the Smart Home as a prospective student that it was what sold me on Duke. I can’t say that was necessarily the case, but it was exciting to live in such a cool place. Late-night conversations, West Wing watch parties, and hanging out in the backyard are some of my favorite memories. As an active member of Duke’s Jewish community, having Freeman Center right next door made Jewish Student Union meetings, Mac and Cheese nights, and Shabbats very convenient. I experienced Round 2 of Latkepalooza and the annual B’nai Mitzvah celebration. I loved attending political talks on campus by John Podesta, Reince Priebus, Nikki Haley, and Roy Cooper and participating in the Presidential March Madness Spring Breakthrough. 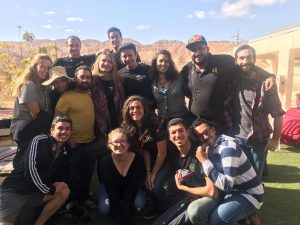 By the end of the year, I was ready for something new. After experiencing the beautiful nature and progressive vibes of the Pacific Northwest on DukeEngage Portland, I was excited to study abroad. I traveled to the beautiful desert in Israel for an environmental peacebuilding program comprised of Israelis, Palestinians, Jordanians, and Internationals on the premise that “Nature Knows No Borders.” When I say this experience changed me, it’s not just a cliche. I came away with the understanding that “people are people” and the importance of accepting people for who they are, many political and religious questions, and a commitment to bridging divides. 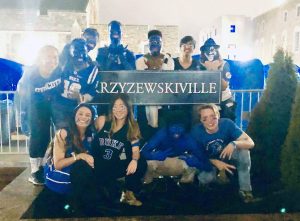 Returning to Duke, I applied these lessons by launching a bipartisan political dialogue initiative through the Center for Political Leadership, Innovation, and Service and getting involved in the Raleigh-Durham Chapter of Citizens’ Climate Lobby, a national bipartisan climate advocacy organization.  I began my tenure as an opinion columnist for The Chronicle, writing bi-weekly articles for my column “The Optimist.” I took my favorite class titled “Candidacy to Congress: Campaigns, Policies, and Politics” along with the Innovation and Entrepreneurship Keystone course and continued learning Hebrew with my newfound passion for the language. I spent six weeks tenting for the Duke UNC game (only for Zion’s shoe to rip), gave admissions tours with a renewed sense of enthusiasm for the university, and played IM Basketball each week in Wilson Gym. I also returned to DPAC for the first time since hearing Bryan Stevenson freshman year. I went to a talk by Bob Woodard, the journalist who broke Watergate, a James Bay concert, and the recording of political podcast Pod Save America. 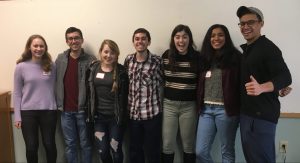 Returning for senior year, the sprint of studying for the LSAT became the marathon of the job search. My days were filled with classwork, especially for the American Grand Strategy seminar, informational interviews, job applications, and meetings for the exciting new Duke Citizens’ Climate Lobby team. However, I didn’t want to just “work hard,” I wanted to “play hard” too, leading to frequent game nights with friends on the weekends. Despite having a very busy schedule, I knew that the best memories would be the ones that occurred spontaneously, so I left time for impromptu Perkins conversations and ventures off campus. I was part of the Eruditio et Religio interfaith living and learning community in Blue Ridge, opening the door to conversations about religion, philosophy, and social justice. My Duke Basketball career (unfortunately not the kind with the greats of Greyson Allen and Zion Williamson) finished off with late night one-on-one games and cruising to victory as a ChampION for the IM season.

My time on campus concluded with a bench burning to celebrate the big win against UNC (#GTHC) and a Spring Break vacation to the sandy beaches, delicious food, and lush rainforest of Puerto Rico. Zoom University began soon after, going until an LDOC concert of dancing with friends over video chat. Throughout the year, I strengthened old friendships and forged new ones, hopefully many of which will last a lifetime.

That brings me to today, as I sit out on my deck reflecting on the past four years and writing this article. How do I feel? I’m scared to no longer be at Duke. I’m worried about maintaining the wonderful friendships and relationships I developed over the past four years from afar. I’m uncertain about the future, given that graduation remains up in the air and COVID turned my job search upside down. Yet, I’m reminded of that little piece of advice I received freshman year: “It’s not about the destination, it’s about the journey.” If I were to think now that my entire time at Duke was about walking across the stage and starting a fulfilling job, then I might be pretty disappointed, considering four years of very expensive tuition haven’t manifested in either of these things. 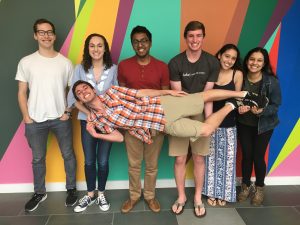 However, I can’t imagine a more successful journey through the Gothic Wonderland. The fact that it will be so hard not to go back (except for reunions, which I’m counting on all my friends attending) shows how glad I am to have been at Duke in the first place. Life certainly won’t be the same when I’m not just a walk away from my closest friends, an email away from a Flunch with my favorite professors, or a bus ride or West Union (the Brodhead Center’s true name) meal away from the most amazing staff members. But I am INCREDIBLY fortunate for the wonderful experiences I’ve had, relationships I’ve formed, and connections I’ve made over the past four years. It feels like forever ago that my family drove up to GA to blasting music and enthusiastic FACs to unload my mom’s minivan filled with all my stuff. I have learned and grown so much since then, as a student and person, and become more equipped to become the environmental leader and change-maker that I aspire to. Thank you to everyone who has been part of my journey, and because I’m not focusing on a destination, there’s no reason these friendships can’t continue – Zoom may have even prepared us better for that.

To summarize my outlook for the days, months, and years ahead, I’m going to finish this blog post with lyrics of my favorite song, Verge by Owl City: 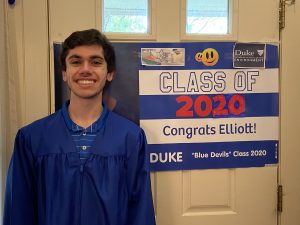 The journey has just begun. I’m so proud to be a Blue Devil. #ForeverDuke