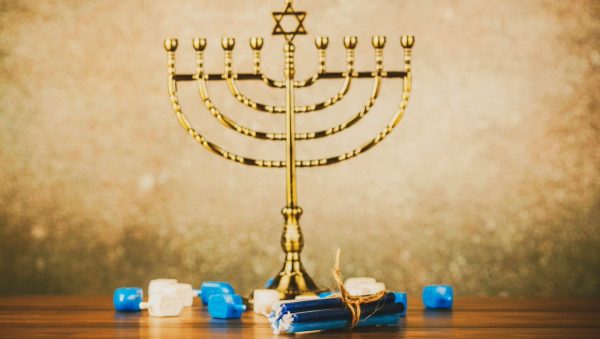 After lighting the candles for the first night of Hannukah, the Rabbi at the Arava Institute shared the history of the holiday. He began speaking about what I grew up learning: how the Maccabees successfully fought off the Greeks and protected their ability to practice Judaism, and the miracle of oil that was supposed to last one night lasting for eight. Then, he said he was going to share the “real” story of Hannukah.

He spoke about the spread of Hellenistic culture to ancient Israel, and the division between urban Israelites accepting it and rural Maccabees resenting it. When the Maccabees fought against the Greeks, they were also standing up against their brethren who embraced such external influences. The war prevented the Maccabees from celebrating the holiday of Sukkot, so they “rescheduled” the holiday which lasted eight days, the length of Hannukah. After defending their sovereignty, the Maccabees consolidated religious and state governance into one; leading to some of the most corrupt leadership in Jewish history. The divisions which ensued caused the community to weaken, eventually leading to the conquering and destruction of the 2nd Temple in Jerusalem by the Romans. 600 years later, as Rabbinic Judaism began to expand, the Rabbis still resented the Maccabean corruption which enabled the sacking of the Temple. Instead of celebrating their victory on the holiday of Hannukah, they chose to redefine the celebration as one about the miracle of oil. I realized the symbolism I grew up connection with was constructed to fulfill a particular goal. Nevertheless, I enjoyed lighting the first of the eight candles, appreciated the rejoicing of religious freedom, and felt proud of our survival. 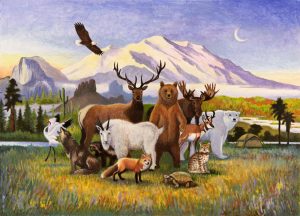 This was just the most recent experience among many in which I learned a “different side of history.” My Political Ecology class is all about understanding the expansive role humans play in nature, and how such management reflects a social, economic, and political agenda. For example, I used to treasure “wilderness” in the United States as truly pristine areas left alone for wildlife. In 1964, Congress passed The Wilderness Act to protect such lands “untrammeled by man.” But, in reality, Native Americans lived in, utilized, and altered each of these ecosystems for thousands of years. Since colonization, many of these areas were logged, mined, or otherwise tarnished at the expense of endemic species. As much as I treasure the vision of animals unaffected by human activity, nowhere is this truly reality, especially in the Western world. Instead, there are areas which humans have either “developed” or “preserved,” often to establish sovereignty, earn money, strengthen a sense of national pride, or maintain the sense of “frontier” prevalent during westward expansion.

My understanding of history is challenged on a nearly daily basis. I had learned Thanksgiving to be a holiday commemorating Native Americans’ generosity to the pilgrims and their festive meal celebrating what they have. But, this year, I learned it was first celebrated following a massacre of the tribe which enabled the pilgrims to take over their land. Is just one of these “real,” or is history some sort of blend between the two? Was George H.W. Bush the honorable public servant who put his country first and fought for freedom, or did he ignore the AIDS crisis which led to over 100,000 American deaths and prevent an ambitious climate agenda at the Rio de Janeiro Earth Summit? Are both of these true, and if so, how should we reconcile them?

These types of questions are especially prominent in the Arab Israeli conflict. Was the Balfour Declaration a testament to the right of the Jewish people to have sovereignty in our homeland, or was it the British reneging on part of their previous agreement with Arab leaders? Was 1948 when the Jewish people celebrated Independence in our homeland for the first time in 2,000 years and all of the surrounding Arab countries attacked to destroy it, or was it the Nakba when 600,000 Palestinians fled or were kicked out from their homes? Was the Six-Day War in 1967 when Israel miraculously defended itself against another attempt to wipe the Jewish State off the map and returned to our holiest site of The Temple remnants in Jerusalem, or was that when the Naska took place when Palestinians were once again occupied in the West Bank and the settlement enterprise emerged? Were the Oslo Accords a risky sacrifice for peace by Israel or Palestinians relinquishing their right to 83% of their homeland? 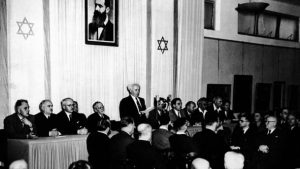 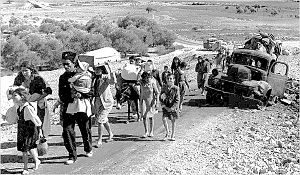 I believe the former within each of these questions, but does that discount the latter? Throughout the semester, we’ve been learning about the idea of narratives: stories describing history from a particular vantage point. The purpose of sharing such narratives isn’t to convince the other person, nor is it to be convinced. Rather, we put the perspectives in conversation with one another to develop a more comprehensive understanding of a particular history or contemporary issue.

Ever since participating in Duke’s Presidential March Madness Spring Breakthrough course, I’ve been extremely interested in learning modern political history. But, after having so many of the experiences I’ve described, I’m left with a couple difficult questions:

1. How can you really learn history if there isn’t just one history to learn?

When we enter the classroom or search on Wikipedia, we’re not approaching the knowledge from a blank slate. Each of us have a set of experiences, ideals, values, and levels of trust which shape our understanding of the world. To give an example, I recently read an article all about U.S. foreign policy to Israel under each Presidential Administration from 1948 to today. I know a lot more than I did before, but can I really say that I’ve learned that history? Well, it depends on what “that history” means. First, searching about U.S. foreign policy to Israel will necessarily lead me in a particular direction: the official United States government policies and actions towards the government of Israel. This doesn’t account for what actors shaped the decisions, whether they be top advisers, Congressional legislation, lobbying organizations, public sentiment, domestic political concerns, or the President’s personal views. Nor does this summary discuss the underlying objectives of the policies, such as supporting an ally, obtaining economic benefits, promoting human rights, working toward a solution to the conflict, or perception of American leadership on a global stage. I’m definitely glad I read about this topic, and it’s a good start. But, if my goal isn’t just to know what happened, rather to understand and learn from it, I should dig deeper. I don’t need to exhaust myself by checking out all of the information out there, people spend entire degrees if not their whole lives doing that. Instead, I want to question and explore how and why things happened the way they did. 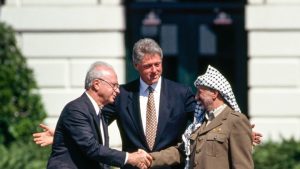 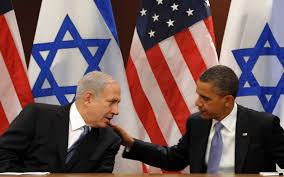 2. Many of us have heard that we should learn about history because it repeats itself. But, if there are multiple contradicting histories to learn, then what are we really gaining?

We often think about history being in museums and textbooks, while we’re living in the modern age. In reality, we aren’t experiencing a greater sense of modernity than any previous civilization. Everyone feels like they are living in the present, because they are. Thus, history never stops or ends, it is always being created. I think it’s important to learn history because we are a part of it. What we do isn’t detached from the past, its a product of it. So, shouldn’t we understand what has shaped our words, thoughts, and actions? This sounds very philosophical, but I see this very easily in myself: much of who I am and what I believe is derived from Jewish persecution and persistence, the American Dream, Zionism, liberalism/neoliberalism, and the conservation and environmental movements. Understanding the evolution of each of these will help me better understand why I am the way and I am. Each of us are shaped by the histories we connect with, so this can also be a tool to increase our empathy toward one another. In addition, history can provide us guidance for the future. To use a metaphor from the classroom, history is like a study guide; it lists important topics and details some ways to approach them. It prepares you for the test, providing a sense of confidence and the ability to make the best possible choice. History can serve that same role; it tells us what’s been done and how it went, offering a blueprint for the future. Different people will include different things on their study guides, sometimes having entirely distinct interpretations of certain concepts and choosing to include particular details, which may lead them to bubble in different letters on the scantron. But, at least they are informed and trying their best to make the right choices in the situations that they’re confronted with: understanding history serves the exact same function.

To conclude, I want to share a famous quote that I’ve remembered since I first saw it a decade ago. I think it applies very well to the remainder of my experience at the Arava Institute, and serves as an important bridge between the past, present, and future: “Live every day like it is your last and learn every day like you will live forever” -Mahatma Gandhi 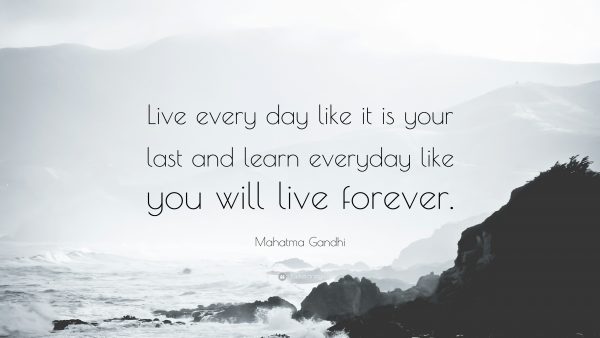