Discovering my own Judaism and Zionism

A primary reason I chose to study abroad at the Arava Institute was to push me outside of my comfort zone. But, I never could have expected the ways I would have been challenged—psychologically, emotionally, or religiously—especially over the past two weeks. During my travels, I stopped worrying about my safety in the West Bank, questioned if Judaism is really more true than Greek Mythology while at the Acropolis in Athens, and cried at the Yitzhak Rabin Center. I processed the tragic shooting in Pittsburgh and read an op-ed by Duke students bashing the Arava Institute’s mission. I thought about what my responsibility is toward Israel, whether or not I consider myself religious, the origins of the conflict, how Palestinians should be able to improve their lives, and the fact that many non-Jewish Arabs consider Israel to be occupied by an oppressive settler-colonial regime even inside the 1967 borders. Needless to say, I’ve had a lot on my mind. I want to share what I learned, and what I continue to struggle with.

Visiting the West Bank, I was comfortable, but I wasn’t in Israel 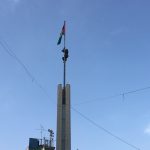 When I got off the bus in Ramallah, I didn’t fear for my safety, I felt like I was a tourist normal city, because I was. We stopped at the city’s main square with a statue of a man climbing up a pole topped with the Palestinian flag. Before the Oslo Accords, people would be jailed for raising the flag, so the statue celebrates those who defied the law to hang the flag and show their national identity. Neither that square, nor the area surrounding Yassar Arafat’s tomb felt like Israel. There was a different language, cuisine, and culture. I enjoyed seeing the various sites in Jericho and Bethlehem, but they didn’t feel like my own.

Judaism can’t be proven to be true, it requires faith 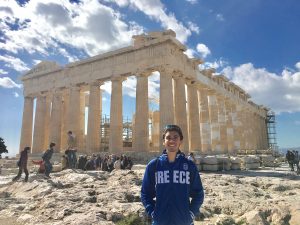 Athens was an incredible city. The views from above were breathtaking, seeing the vast city and preserved forest areas surrounded by Mediterranean and mountains. Walking up to the Acropolis, I thought of how it served as the “Temple Mount for Greek Mythology”. The structure resembled the Western Wall, in its physical appearance and its religious purpose. I began to wonder, is Judaism just like Greek Mythology, a set of stories relating to rulers of the universe which a people once believed in? Or, is Judaism “the real deal,” the manifestation of a covenant with G-D that has transformed into a religion, people, and nation surviving for thousands of years? I like to think so, but we will never really know. All that I can really have is faith.

Israel has survived many wars, but the most difficult sacrifice is for peace 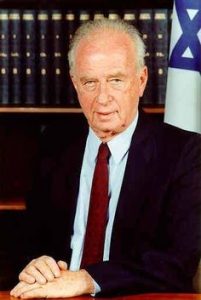 Yitzhak Rabin fought for Israel’s Independence, led its military operations, and signed peace agreements with Egypt, Jordan, and the Palestinians as Prime Minister. The Yitzhak Rabin Center in Tel Aviv documents Israeli history and celebrates his life. I learned about how much has happened since the birth of the Jewish State, including the many wars and terror attacks it has endured. Despite this, Prime Minister Rabin realized the only way Israel could move forward with its neighbors was together. Although peace felt within reach in the 1990s, Rabin faced fervent opposition with the Oslo Accords. One screen at the museum showed Israelis chanting “Death to Rabin,” with Benjamin Netanyahu leading the crowd. At a rally for peace soon after, Yitzhak Rabin was assassinated by a Jewish extremist. Before I exited the museum, I watched a video of Rabin’s granddaughter speaking at his funeral, and I began to cry. Not only was a brave statesman killed, but so was a loving grandfather. Rabin defended Israel in war but was murdered by his own for pursuing peace. We can’t let his vision for a better future remain at his grave.

The deadliest anti-semetic attack in American history wasn’t surprising; something must change 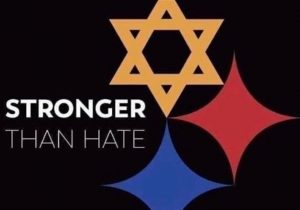 When I saw the notification of the shooting at the Tree of Life Synagogue in Pittsburgh, I immediately reached out to make sure my grandparents, sister, and friends were all okay. Although they were, I’ve met multiple people who lost loved ones in this disgusting act of hatred. Despite the multiple anti-semitic acts I’ve experienced in Maryland and at Duke, including someone carving a swastika into a pumpkin this Halloween, I don’t fear for my safety. Many Jews in Europe, Israel, and across the globe cannot say the same; we must fight for them. We must fight for all those in America who are persecuted for being who they are and what they believe. Unfortunately, we’ve gotten accustomed to such terrible massacres in recent years. It feels like these attacks are inevitable. But, we can spread love and acceptance each day. We must fight for better policies, better leaders, a better nation, and a better world.

Dialogue is crucial for understanding different perspectives and moving forward 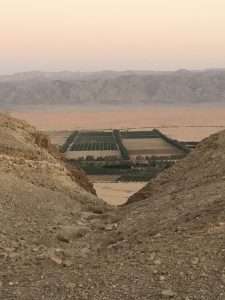 During my last night in Athens, I opened the Duke Jews group chat to see an op-ed published by two students bashing the Arava Institute’s work. They claimed the Institute merely sought to normalize the occupation and promote environmental discrimination. This could not be farther from the truth. The Institute enables us to critically engage with environmental, political, and social issues. Dialogue is a tool for us to understand one another: our hopes and our fears. It’s true that Israel imposes natural resource restrictions upon Palestinians, many of which I believe to be unjust, but they are not without reason. The alternative to dialogue is either the status quo or deadly war. The Arava Institute believes that “Nature Knows No Borders,” so refusing to engage in conversation with your neighbors is not only misguided and dangerous, but puts the very things we all want in jeopardy. The op-ed writers chose not attend the Environmental Alliance and JStreetU Dialogue Project event, nor did they portray the Institute’s programming with the slightest bit of accuracy. Instead, they denounced the Institute that I’m proud to call home for the semester and those working to achieve a better future.

I’m proud to be a Jew and a Zionist, but I’m still trying to figure out what these mean to me

In Israel, Jews either consider themselves religious or secular. The difference is often whether or not they keep Kosher and keep Shabbat. I’ve never thought of myself as religious, but it wasn’t for either of these reasons. To me, each of these has more to do with observance than religion. Why then did I not consider myself religious? I often go to Shabbat services and dinner, identify with Jewish values of Tikkun Olam (repairing the world) and being a Mensch (good person), prey with my own Siddur, believe much of what is written in the Torah, and connect with my Jewish ancestry. Should I start to consider myself religious? 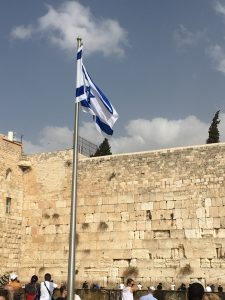 I believe that we not only have a right to a Jewish State in our homeland, but also deserve to live in peace and prosperity. When my Jordanian and Palestinian friends in our recent Peace-Building Leadership Seminar shared their belief that all of Israel is occupied land, I respectfully but whole-heartedly disagreed. I should have asked them: Where else were we supposed to go? Where do Jews belong today?

I’ll proudly defend Israel’s existence and accomplishments to no end. But, its leaders have made many decisions which deviated from the state’s values of freedom, justice, peace, and equality. Israel should not restrict Palestinians from harvesting their olive trees, accessing drinking water, or using electricity. It should not prohibit new development and demolish unauthorized structures; nor should it expropriate private Palestinian land for Jewish settlements. Israel should fulfill its commitment set forth in the Declaration of Independence to “ensure complete equality of social and political rights to all its inhabitants irrespective of religion, race or sex.” That also means protecting the LGBT community, granting asylum for African refugees, opening an egalitarian section at the Western Wall, halting settlement expansion, and enabling the right of return for all Jews; each of these Israel committed to and reneged upon.

What is my responsibility toward Israel? Is it just to defend the Jewish State? Or, is it to advocate for Israel to live up to its values? I was taught to stand up for what I believe in. But, when I raise awareness of Israel’s wrongdoings, I might turn some people against Israel: the last thing I would ever want to do.

“Woah, we’re halfway there. Woah, livin’ on a prayer.”

I’m officially half way through my time at the Arava Institute. I’ve been critically examining who I am, what I believe, and where I belong. I’ve come to understand the difficulties in resolving the conflict, or even agreeing on what its about. These past eight weeks have opened my eyes to new perspectives on the environment, Israel, the Arab world, Judaism, religion, and community. In particular, these last ten days have been a mental and intellectual rollercoaster.

I want to conclude by sharing the chorus of the song “One Day” by Matisyahu:
“All my life I’ve been waiting for, I’ve been praying for, For the people to say, That we don’t wanna fight no more, They’ll be more more wars, And our children will play, One Day.”

One Response to Discovering my own Judaism and Zionism