“May we see the day when war and bloodshed cease, when a great peace will embrace the whole world. Then nation will not threatened nation, and mankind will not again know war. For all who live on earth shall realize we have not come into being to hate or to destroy. We have come into being to praise, to labor, and to love.” -Prayer for Peace, Siddur Sim Shalom

Last night, I was talking with one of my friends about how when I wake up every morning, I check my phone for messages, emails, and the latest news. She said that it wasn’t a good habit, instead suggesting I use the first few minutes after waking up to go outside, appreciate the new day, and think about how I want to make the most of it. This reminded me of how I sometimes go find a quiet, shaded space with my Siddur and chant the morning Shacharit prayers.

Realizing this practice matched my friends’ advice, I tried it, and am so glad I did. As I read the prayer for peace quoted above, I was struck by the words. I started thinking about how I pray for peace everyday, yet I never really expect it. I assume people will continue to exploit, endanger, and kill one another, as they have for thousands of years. As conflict is inevitable, it seems like world peace is merely a fantasy. In the context of the Middle East, one would likely conclude the same thing. In fact, it would be difficult to think we can have peace; tensions over religion, culture, natural resources, and land run so deeply in this region.

Being part of a Jewish family which has endured the evil of the pogroms, the horrors of the Holocaust, and continues to witness anti-semitism today, I deeply believe in the need for a Jewish state in our homeland. I am proud how one of my relatives whom I’m named after helped build the State of Israel, and the incredible strides Israel has made in its 70 years of existence. After thousands of years of oppression, discrimination, and being driven from our holiest place in the world, Jerusalem, we have returned. This history, of my family and my people, forges an unbreakable bond between myself and Israel. I am an ardent defender of Israel, and always will be.

But, how can I reconcile this with my Jordanian friends here whose families were kicked out during Israel’s War of Independence in 1948? How can I be content with freedom for Israelis when my Palestinian friends get stopped at checkpoints for hours, live in constant fear of the surrounding soldiers, dealt with the deaths of close friends, or are told to “get out” of an Israeli bus station just for saying they’re from Hebron? How can I celebrate Jerusalem and travel to the Western Wall when most Palestinians will never be able to see the Al Asqa Mosque?

In nearly every conversation I’ve had with my Arab friends about the conflict, they say that they just want to live freely, without violence or discrimination. It’s easy for me to respond about how past actions by Palestinians have created legitimate security concerns Israel must address. But, it’s just as easy for them to counter, that the actions were caused by constant oppression, deprivation of vital resources, and a future of despair. We end up in a “chicken or egg” situation that cycles back through the Intifadas, 1967, 1948, Jewish immigration under the British Mandate, and all the way to Biblical times. It’s important to understand where people are coming from and the experiences which shaped their views; just as I believe it’s important for my friends to do the same toward me. We often agree to disagree, which isn’t inherently bad, but too often the conversation devolves into the familiar “security versus freedom” debate. 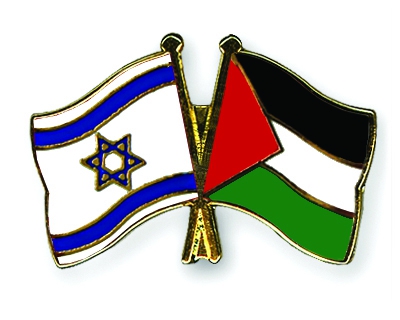 What now? I refuse to believe that past events and persistent fear will prevent us from ever finding peace. Peace is not devoid of conflict, as conflict is inevitable. But, I feel that we will have peace when everyone accepts one another for who they are and what they believe. We will have peace when Jews, Muslims, and Christians from around the globe can come to Jerusalem and pray at their holiest sites. We will have peace when we stop fighting with rockets, guns, demolitions, bombings, and stabbings, and instead fight about whose hummus is better.

THIS IS POSSIBLE! It is not contingent on Benjamin Netanyahu, Mahmoud Abbas, or Donald Trump. Rather, it requires us to act; to say that we’ve had enough fighting, and we believe in tolerance, diversity, and shared humanity.

This does not discount the need for a political agreement. In fact, I’m going to organize a session to try and come up with an agreement which students from Israel, the Palestinian Territories, Jordan, the United States, and across the globe would agree upon. I’m curious to see if we, as people who care about and trust one another, can come up with something better than the status quo. I have no idea what the result will be, but am excited to see.

But, to “see the day when war and bloodshed cease,” we must be courageous. We must take risks. We must trust that people fundamentally yearn for peace and prosperity, regardless of which side of the separation barrier they were born on. We live “to praise, to labor, and to love,” not to fear or discriminate. We each have the opportunity, no matter who we are or where we’re from, to contribute peace to a world which so desperately needs it. Israeli-Palestinian peace is possible, because peace is between people, and all people can choose peace. 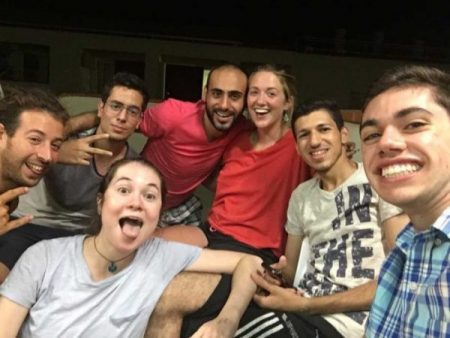