This week documentary film-maker Idrissou Mora Kpai, who was born in Benin and has lived in Germany and France, will be visiting our class and showing sections of his recent film Indochina. You can read more about the film, and about him, here at the Huffington Post.

And here is the preview for the film.

What are your reactions to Kpai’s film? How does it connect with the broader themes we have been exploring this semester? 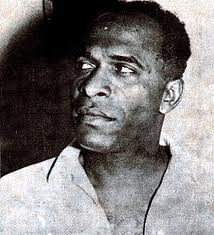 This week we will be discussing the biography and thought of Frantz Fanon, whose essay “Algeria Unveiled” we have read.

In case you want to see a preview of some of what he’ll talk about in class, you can watch this video of a lecture Achille Mbembe delivered on Fanon at Harvard in 2010.

If you are interested in hearing the voice of Frantz Fanon, the Institut National de l’Audiovisuel has a recording of a conference he gave on the theme of “Racism and Culture.” It’s a fascinating lecture.

What are your reactions to Fanon’s interventions? What other material can you find about his life, his thought, and his influence? An article in Time Magazine reports that the French President Hollande has just reversed a long-standing policy of denial surrounding the killing as many as two hundred Algerian protestors in Paris in October of 1961. The Paris police at the time arrested hundreds of protestors, and some were beaten to death and drowned in the Seine. This history has long been well-documented by scholars (most notably in this recent book), and has been the subject of some films and novels. But the official recognition by the French government represents a significant political step.

Why do you think this is happening now? Why did Hollande chose to take this step?

Next week in class we’ll have the visit of Professor Kaiama Glover of Barnard University. She is one of the country’s leading specialists on contemporary Haitian literature, and author of a recent book called Haiti Unbound. In class on Tuesday, she’ll be helping us to think about Lyonel Trouillot’s novels. But if you’d like to hear more about her work, she’ll be giving a lecture in the Haiti Lab, Bay 4 of the Smith Warehouse, at 4 p.m. on Monday, called “New Narratives of Haiti: Or, How to Empathize with Zombie.”

Lyonel Trouillot is one of Haiti’s best known contemporary writers. He comes from a remarkable family: his brother, Michel Rolph Trouillot, is a brilliant and well-known anthropologist, while his sister Evelyn is also a well-known novelist in Haiti. He stands out in his generation of writers because he has never gone into exile, unlike many others, writing consistently from within Haiti and about events in the country. (Another writer who has a similar trajectory is Franketienne, who has written novels in Haitian Creole as well as French). Trouillot also has a regular radio program, and has written poetry and lyrics for popular songs. He also write for several newspapers in Haiti. A list of all his his works is available here.

The two novels by Lyonel Trouillot we will be reading (Children of Heroes for the English section, and Bicentenaire for the French section) are both short, dramatic portraits of life and Haiti. But both are also very complex in their construction, seeking to represent both a particular historical moment and the broader weight of the past in a short text. Bicentenaire dwells more directly on the question of how a novel should and can represent a certain event, and indeed opens with an interesting meditation on the relationship between a particular historical event — the student demonstrations against Aristide in 2004 — and his novel. In Children of Heroes, the past of the Haitian Revolution is present in the statues of heroes in downtown Port-au-Prince, but the novel centers on an act of violence resistance in the present by two children. (You can read a review of the English translation of Children of Heroes here).

We’ll be discussing Trouillot’s approach during lecture on Tuesday. In preparation for that, here are a few videos that can give you a sense of his work. All are in French, since he has rarely given interview in English. As you watch the first two videos, you can also think about (and perhaps critique) the ways in which the the French press presents the novels as well; and you can think about and try to characterize Trouillot’s political position on foreign aid — a topic taken up in other posts on the blog — when you watch the third video.

Here is a short video in which he discusses Bicentenaire.

Here is a short video discussing his book “Children of Heroes,” which includes him reading an excerpt.

And here is an intervention he made regarding post-earthquake reconstruction in Haiti.

What are your reactions to Trouillot’s work? What other materials can you find about Trouillot?

The Algerian sculptor Abel Abdessemed has created a powerful work of art that commemorates Zidane’s 2006 “coup de boule” during the World Cup final. It is currently on display in front of the Pompidou Center in Paris. Here is a photograph of the sculpture:

Can you find other articles or discussions of this work of art, or more information about the artist? What do you think of the piece?

As Giulia has noted on this blog, in the context of world-wide demonstrations surrounding the Youtube video “The Innocence of Muslims,” a new controversy has erupted surrounding cartoons published in the French satirical newspaper Charlie Hebdo. Here is an interesting debate between the cartoonist and French intellectual and activist Marwan Muhammad, spokesman for the CCIF – Collectif Contre l’ Islamophobie en France.

Patrick Chamoiseau’s novel Texaco makes reference to “maroons,” enslaved people who ran away from the plantation, sometimes creating independent communities in the mountains in Martinique. Maroons were a presence in most slave societies, most famously in Jamaica and in Suriname, where they ultimately negotiated treaties with the colonial government securing their permanent freedom.

When maroons left the plantation, owners put advertisers in local newspapers — basically private “wanted” ads — in the hopes of recovering the people they saw as their “property.” A group of scholars in Canada has digitized all such advertisements published in the newspapers of Saint-Domingue (present-day Haiti), France’s most important Caribbean colony, from 1766 to 1791. In class on Tuesday, we’ll spend some time looking at this fascinating collection of materials, which ironically provides us some of the best insight into the origins, names, clothing, language abilities, and skills of the enslaved. I urge you to look through this collection a bit to get a sense of the biographies of some enslaved people, and also to understand better the kinds of sources that enable historians and novelists to reconstruct the history of slavery.

One of your classmates, Charmaine Mutucamarana, did an independent study project with the Haiti Laboratory last Spring in which she drew on this database to study the history of punishments against slaves in Saint-Domingue. You can see this terrific project here. 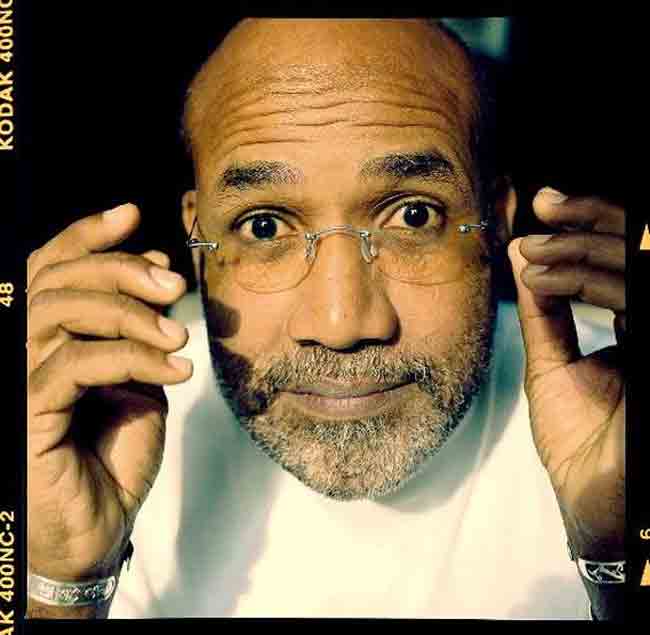 The novel we’ll be reading for the next two weeks, Texaco, is a sprawling historical epic by Martinican writer Patrick Chamoiseau that attempts nothing less than to tell the story of the people of Martinique from slavery to the present day. It is divided into two “books,” or “tables” in the French version, the first about the 19th century and the second about the 20th century. For next week, please read the first “table.” Pay attention to the ways in which Chamoiseau attempts to tell the history from the bottom up, infusing larger historical events with the everyday experiences, hopes, desires, and relationships of individuals and communities. Pay attention, too, to the use of language, which brings together some creole phrases, references to the landscape and fauna of the island, and a way of writing that is meant to communicate some of the forms of oral story-telling and historical memory in the place he is trying to represent.

This is a long and complex book, so if it helps I would suggest concentrating in particular as you read this first “table” on the issue of freedom and emancipation. How, in Chamoiseau’s narration, did freedom come to Martinique in 1848? What did it mean to the former slaves? How did they attempt to construct a true form of autonomy and freedom in the wake of slavery? One key section that deals with these issues is the “Noutéka des Mornes” that starts in the French edition on page 161.

In the comments section below or in a separate post, write about one of two things: 1. About your favorite passage from the book so far, and why you think it is particularly important or meaningful or 2. About how Chamoiseau illustrates and explores the meaning of “freedom” both as a political and personal process in the novel. Please share your thoughts by Wednesday at 5 p.m.

If you would like to know more about Patrick Chamoiseau this site offers a biography and complete bibliography of his works (in French).

Here is a review in English from the New York Times of the translation of the book.

And here is a video of a television interview with Patrick Chamoiseau after he won the prestigious Prix Goncourt (France’s most important literary prize) for Texaco.

Here is a recent text by Chamoiseau about racism.

As you read Fatou Diome for next week week, pay attention the ways in which the novel explores the issue of the role of the French language in Senegal, and the way dreams and experiences of migration shape life in the community she depicts. You should also pay attention to the ways in which soccer, vehicled through the global media, shapes identities and hopes within the connected words of France and Senegal. And think about the broader ways in which deeper historical experiences (notably those of the slave trade) are evoked in the novel.

Here are some materials that can help you gain a better sense of Fatou Diome as a writer, and of the novel. First, an interview with her during a presentation of the book at a Paris bookstore.

Here is a short biography of Fatou Diome.

Here is an interesting review (in English) of the novel.

Here is an interesting review (in French) of the novel.

What other materials can you find about Diome? What can you learn about her literary and political positions and interventions? Please post your responses by 5 p.m. this Wednesday so that we can read them before discussion in our sections.

By searching under the “Fatou Diome” category to the right, you can also read the interventions of earlier students from the class about Diome’s novel.