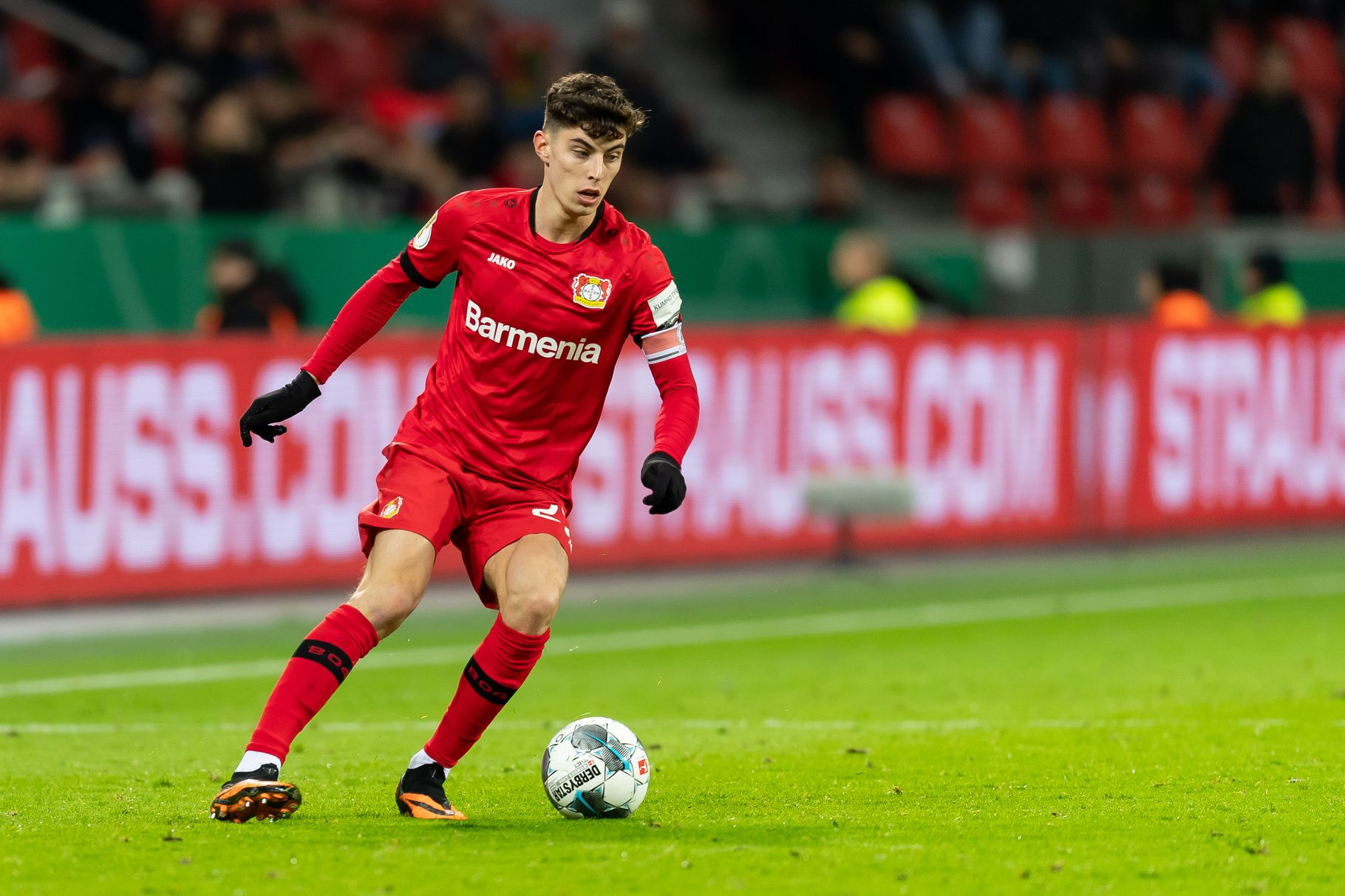 Yet another Bundesliga up and comer, Kai Havertz has risen through the ranks at Bayer Leverkusen to become one of Europe’s most coveted young players [1]. Known for his complete all around game, he has drawn comparisons to German legend Michale Ballack.

Havertz grew up in Aachen, Germany, first joining Alemannia Mariadorf before moving in 2008 to Alemannia Aachen and then to Leverkusen two years later at the tender age of 11 [1]. His talent was such that he was fast tracked to Leverkusen’s first team, making his debut in October of 2016 at 17 years old, becoming the youngest player to play for Leverkusen in the Bundesliga [2]. Since then he has established himself as a key member of Leverkusen’s midfield, making 110 appearances and scoring 30 goals in the German top division [3]. The 2018-19 season in particular was impressive, in which he plundered an outstanding 17 goals in 34 appearances. Havertz was first called up as a member of the German national team in August 2018, making his debut a month later. Although his time with the senior team has been brief thus far, and there are many experienced midfielders available for Joachim Löw to call upon, such has been his success for Leverkusen that he may provide competition for the likes of Tony Kroos, Marco Reus, or Joshua Kimmich, especially given the extra time that he will now have to develop and further his game as a result of the coronavirus outbreak [4].

Havertz is a natural attacking midfielder, often lining up in the “number 10” position in the middle of a 4-2-3-1 position for Leverkusen [5]. This more attacking position allows him to showcase his ability to both create and score goals, which he has done to great effect so far in his young career. However, as a complete all around player, he also possesses the tactical awareness to line up in the more defensive midfield pivot positions of the same formation. As a prototypical midfielder, Havertz often drops back to provide an outlet for the defenders or deeper midfielders, and usually looks to turn and play through passes for the attackers. He also excels at finding the space on the pitch, which leads to many of his goal scoring opportunities. This is especially evident in Leverkusen’s attacking set up, in which the attacking players will frequently make runs towards the goal, giving Havertz space in and around the box to shoot or make a run.

Clearly, Havertz has all the ability required to become one of the best midfielders in the world. Whether or not the Euros will be the tournament during which he seizes this title for himself remains to be seen, as Germany currently boast one of the most talented midfields in Europe, but even breaking through into the German national team’s setup seems more a question of “when” and not “if” for this superstar in the making.