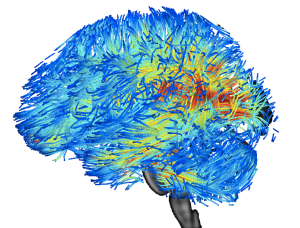 The integrity of cerebral white matter is critical for efficient cognitive functioning. Our lab finds interesting ways to use diffusion weighted imaging (DWI) to ask novel questions about how white matter supports healthy cognitive function. DWI measures the directional displacement of molecular water and as a result can characterize the properties of white matter that combine to restrict diffusivity in a spatially coherent manner.

Our ability to form abstract representations of objects in semantic memory is crucial to language and thought. The utility of this information relies both on the representations of sensory-motor feature knowledge stored in long-term memory and the executive processes required to retrieve, manipulate, and evaluate this semantic knowledge in a task-relevant manner. 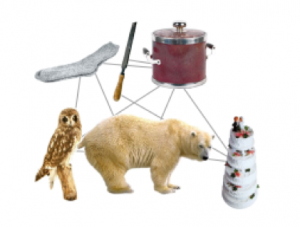 The explosion of fMRI-based representational similarity analyses (RSA) have helped to elucidate the functional correlates of object representation. What is less clear is how memory influences and is influenced by the organization of complex representational structures. We have shown how feature similarity across a wide set of items predicts distinct forms of episodic memory performance. Subjects named everyday objects during fMRI and returned a day later to make old/new judgments on either conceptual (old/new words) or perceptual information (same/exemplar images).

Brain Stimulation Effects on Networks in Aging and AD 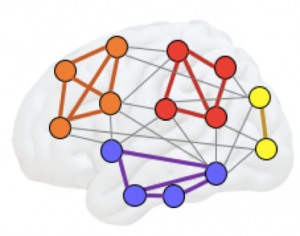 As populations experience a rapid growth of its older segments, a major neuroscientific research goal is to increase our knowledge about mechanisms that sustain healthy brain aging, as well as to promote projects that may help to prevent neuropsychiatric age-associated disorders. Over the past few decades, transcranial magnetic stimulation (TMS) has developed into a powerful tool to causally establish brain-behavior relationships. The goal of our work here is to understand how differences in stimulation parameters map onto these global network dynamics, or how cognitive states can be selectively targeted using dynamic spatiotemporal signals distributed over large-scale networks of the brain.