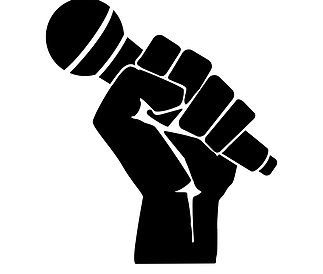 The Case to Embrace Feminists Who Love (Misogynistic) Rap

When I was younger, rap music was never my go-to choice when I opened my iTunes app. It was intense and overly explicit, and I couldn’t help but notice whenever hip hop would come onto a pop radio station or on a friends phone, it was incredibly degrading to women. Rappers seemed to only be familiar with the word “bitch” to describe a female, and odds are the song only mentioned a girl in the first place if it was in regard to meaningless sex. This upset me, and scared me even, thinking that so many people championed these songs as iconic and talent-full. I stuck to rock, alternative, and indie music, and, honestly, anything other than rap was fine by me.

This all changed when I was a sophomore in high school. My brother was a senior which meant he could drive us to school every morning. On that 15 minute ride, he would drive and we would sit, stuck in traffic, listening to whatever playlist he queued up on his phone for the day. Sometimes, he played music I was familiar with– the Red Hot Chili Peppers was always a popular choice of his. Other days, however, rap and hip hop would consume the car’s speaker system. I found myself hoping every morning for songs I knew, but that was rarely the case. This was nothing like the music I listened to on my own time, but it before I knew it I was asking my brother the names of the songs and artists. Slowly, the rap music he played began to infiltrate the music library on my phone.

J. Cole, Kendrick Lamar, Childish Gambino, and Jay Z soon became some of my most listened to artists, and I guess I forgot about my distaste and fear of rap. One day, however, I stumbled across some platform or another on the internet professing that you if you are a feminist, then you can’t like rap music. Kanye West’s 808s and Heartbreak was playing from my phone as I made this discovery, and it stopped me in my tracks. I changed the music and sat there contemplating that if, by embracing and celebrating rap music, I simultaneously was rejecting feminist ideals and growing away from my identity as a feminist. Unlike rap, feminism was always something I championed and embraced.

There is no denying the misogynist messages that permeate the lyrics of rap songs and are prevalent in hip-hop culture as a whole. Snoop Dogg famously sings, “bitches ain’t shit but hoes and tricks,” and the degradation does not stop at simple group generalizations. In his song “On Sight,” Kanye West raps about his wife, Kim Kardashian, and how she has gotten more black men “off than Cohran.” Whether it is referencing degrading and/or forceful sexual acts, slut shaming, or the treatment of women as objects, on the surface, the rap genre appears to be more degrading and anti-feminist than other musical traditions. This generalization, however, is problematic on many fronts.

First, it is important to realize these messages are not portrayed by every rap artist or even in every song.  J. Cole, for example, sings praise to his mother in his song “Apparently,” and he converted his childhood home (2014 Forest Hills Drive, also the name of one of his albums) into a free home for single mothers. His album 4 Your Eyez Only tells the fictional tale of the life of a man caught up in criminal activity and drugs who dies prematurely and wants to leave a message for his young daughter. Cole raps, “the only thing I’m proud to say I was a father write my story down and if I pass go play it for my daughter when she ready.” The fictional character in the album also describes the effect his daughter had on him and his desire to live a clean life to provide for her. While this is clearly a huge leap away from oversexualized degradation of women, it does raise important questions about the phenomena of men often respecting female family members but not sexual partners.

Regardless of this dichotomy and any issues that are prevalent in rap music, it is also important to acknowledge the way in which rap is demonized. While misogynist sentiment is readily present in rap, it also exists in every other genre. Country music, for example, often depicts women as objects to be idolized, and there are clear parallels in many songs between how women and trucks are addressed and characterized. Luke Bryan sings, “Chasin’ every girl that wasn’t fast enough” in his song “Blood Brothers.” This lyric shows a clear lack of care in regard to consent.

No genre is immune to this phenomena. Alternative rock band Blink-182 sings, “Some girls try too hard to impress with the way that they dress with those things on their chests” in “Party Song.” Here, the lyrics make it seem like women owe something to men and are purposefully leading men on by simply existing. While the words themselves are tamer and less in-your-face than lyrics present in rap music, it is equally problematic. Rap lyrics are typically more explicit, vulgar, and raw than other songs in all of their lyrics, and this can help account for why rap music appears to be more misogynistic on the first listen.

Acknowledging the gender issues that exist in all music is of the utmost importance. While I am not attempting to justify or excuse the blatant misogyny that exists in rap music, rap music is not unique in these qualities. Instead of demonizing one genre of music, it would be more productive for fans of all artists to criticize and admit the anti-feminist messages that are present in many musical lyrics. As long as the patriarchy is present in society, it will also exist in our music and its messages.

As long as one recognizes the injustices and biases in music, I do not think it is impossible for feminists to enjoy songs that contain less-than feminist ideals. Above all, feminism is about female empowerment, and if listening to rap music is enjoyable and/or empowering to a women, it is nobody’s place to try to diminish or shame this behavior.