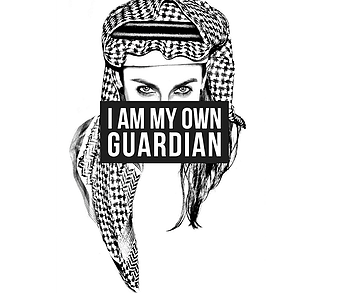 Trendy hashtags and intense debates about feminism and women’s rights in Islam were on social media, with many non-Saudi feminists focusing on debating guardianship law. But what especially caught my attention was the way in which the representation of Saudi women took place. Among the hashtags that were used was #StopEnslavingSaudiWomen, with its depictions of Saudi women as enslaved and helpless individuals, the hashtag illustrates the many issues with Western feminism’s method of showing solidarity with women from the global South.

Far too often, the Western feminist movement has misrepresented women from the Global South. By using the term “Western feminists” I do not imply that it is a monolithic group of women. Instead, I am referring to a specific group of Western feminists who seek to define themselves in relation to “other” more oppressed women from non-Western countries. This is the type of feminism that has rendered women from the Global South, in this case Middle Eastern women, as merely voiceless, helpless, oppressed women. Therefore, this type of feminism has fallen short of properly representing these women or recognizing how they are agents of their own movements and their liberation. Here we see how non-Western women are viewed by outside figures as mere objects of their systems and institutions, victims of this never changing primitive force known as culture. The effect of these narratives is these women’s voices, fight, and efforts are erased, replaced instead by the voices  of Western feminists who want to save them.

Saudi women have long been fighting against the male guardianship law. The I Am My Own Guardian movement was sparked by the artwork of the Saudi feminist and activist who goes by the name Ms. Saffaa. Through her work of art, she sought to show how Saudi women are agents of their own movements and of their own lives. “I am hopeful and optimistic that my work will provoke radical social transformation and open the door for new possibilities,” she said. Her art became a viral hashtag on Twitter, #IAmMyOwnGuardian, and then became a viral online campaign where thousands of Saudi women signed an online petition calling for the abolition of the guardian system.

Representation is important, and the misrepresentation of Saudi women among Western feminists and media pose a challenge for women like Ms. Saffaa, limiting the possibility of transnational solidarity. As she explains in an interview with PBS, “Sometimes it’s patronizing and condescending, the way I, as a Saudi woman, have been spoken for and about”. In an interview with The Guardian, she said, “Don’t say Saudi women don’t have a voice. We have a voice. You just haven’t been paying attention.” The possibility of coalitions between feminists around the world is unlikely when these misrepresentations perpetuate the same paternalism and the infantilization of women that they are fighting against.

Instead, solidarity is successful when it is free of these conceptions. More recently, the Women’s March in DC last year and the international responses by feminists around the globe show that when we free our definition of feminism from Western-centric ideas and feminists are given the chance to define the movement for themselves, they will be eager to unite around the cause. Millions of women gathered all over the world, on almost every continent, demonstrating the collective nature of their struggle. Sister marches took places in cities like Paris, Nairobi, and Sydney as women expressed their demand for respect to women’s rights and civil liberties.

Middle Eastern women showed a readiness to be part of the global feminist movement as well, ready to show that they, too, face difficulties under patriarchal systems and want to have their voices heard. Women in Lebanon held a day of action hoping that they can “show solidarity with Washington and women around the world, and take action as individuals and as a collective.” In Saudi Arabia, eight hundred women planned to gather in support. The movement illustrates a positive example of the power of inclusive transnational feminist movements, and many things can be learned from it.

First, feminism must be built on mutual solidarity. This means that, rather than assert their ideas and definitions of feminism on women from the Global South, Western feminists can instead use their platforms to recognize existing efforts by these women, and vice versa. In doing so, women can define their own movements for themselves. When defining themselves, Saudi women viewed themselves as autonomous individuals and who were their own guardians. This is in contrast to the way in which Western feminists defined Saudi women as merely enslaved by archaic laws and in need of saving. Doing so, Western feminists participate in the same system of patriarchy that also seeks to disempower and render women voiceless. Looking at this divergent way of representation can demonstrate that through mutual solidarity, Western feminists would not be complicit in these women’s oppression. Rather, the feminist movement can focus on supporting each other’s efforts without creating a power dynamic where women from the global South have to rely on Western women to achieve their goals.

In addition, we must recognize the complexity of women’s lives. Several factors, including social, political, and economic factors, influence and shape the way women live and experience their life, instead of solely viewing it as an issue of inferior culture. For some reason, when it comes to Arab and Muslim women, complex explanations for the barriers that face these women are ignored. Instead, it is merely culture and Islam that are seen as the explanation for all problems, as if their liberation would simply take place by freeing Arab and Muslim women from their identities. Yet, the women’s march and other women’s movements around the world have shown that patriarchy is, in fact, present everywhere. It does not make sense to simply isolate Islam and Arab culture from all other factors to explain women’s positions. Rather, patriarchy can be understood to manifests itself differently as it interacts with the various complex factors in every woman’s life.

Feminism is more powerful as a transnational movement, because that means recognizing that patriarchy is composed of structures that transcends nation-states. United, women are capable of exacting much bigger change. But, it also requires us to be careful of erasing the experiences of those with whom we build solidarity.

It is not easy, but only through mutual solidarity can feminism compound true global change.