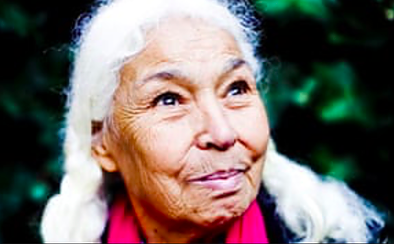 “Revolutionary men with principles were not really different from the rest. They used their cleverness to get, in return for principles, what other men buy with their money. Revolution for them is like sex for us. Something to be abused. Something to be sold,” Nawal El Saadawi says in her book Woman at Point Zero (1975). This quote is emblematic of the fearless El Saadawi: Marxist revolutionary, anti-imperialist, doctor, and prolific author, but above all, a brave feminist critic who shaped discourse on women’s liberation in the Arab world in a way no one had even dreamed of before.

Nawal El Saadawi was born in the small town of Kafr Tahlah in 1931, and as she details in her autobiography A Daughter of Isis (1999), it is her childhood that instilled in her the principles she carries to this day. She was born to an educated but in many ways traditional family. Her parents supported her education, but also forced her to undergo genital mutilation that traumatized El Saadawi. She details the struggles against pursuing suitors and the misogyny in her own family; all of these experiences filled her with a sense of gendered injustice at a young age.

El Saadawi completed her medical education at the University of Cairo and continued to work in the Egyptian health ministry until 1972. Of course, in this period, she did not shy away from activism; she published Women and Sex, a harrowing critique of female genital mutilation and other misogynist practices in her society. This book was condemned by religious and governmental authorities and caused her to lose her job in the ministry.

This was not to be Nawal El Saadawi’s only run-in with the authorities. She continued to perform psychiatric research, especially in neurosis in Egyptian women. This experience led her to one of her most famous and controversial books Woman at Point Zero, which delivers a first-hand account of a female prisoner who will be executed on the charge of murdering her oppressor. This work, like Women and Sex, includes discussion of genital mutilation, religion, and sex; these become common themes in all of Nawal El Saadawi’s work, fiction or non-fiction.

The publishing of The Hidden Face of Eve (1980), a historical and personal treatise on the role and treatment of women in Arab society and rejection of polygamy, the veil, and inequality, angered the Sadat regime in place at the time. El-Saadawi was jailed for a distressing three months. During this time, she wrote Memoirs from the Women’s Prison, exploring women’s resistance to state violence. When the Arab Women’s Solidarity Association that she founded was forced to shut down due to its opposition to the Gulf War, she was forced to flee Egypt in 1992 and spent much of the decade at Western universities.

What does Nawal El Saadawi write about that makes her so controversial even in feminist circles? For one, she is not afraid to criticize aspects of culture and society that were taboo in the 20th century and continue to be taboo today. She is frank in her hatred of genetic mutilation, but she also criticizes what she sees as other manifestations of patriarchy. She believes the veil, a common practice in many Muslim societies, is never a free choice.

“What do we mean by choice? It is pressure, but it is hidden pressure – she is not aware of it. I was exposed to different pressures from my sisters. We are all the products of our economic, social and political life and our education. Young people today are living in the era of the fundamentalist groups,” said El Saadawi

According to El Saadawi, “There is a backlash against feminism all over the world today because of the revival of religions… we have had a global and religious fundamentalist movement.”

It is not only these fundamentalist groups that are the problem;  “I am very critical of all religions,” she says. “We, as women, are oppressed by all these religions.” On the role of Islam in Egypt in particular, she is critical of the lack of criticism of religion from all sectors of society, whether it be Islamic feminists or traditional patriarchs. While discussing the Hajj, she says “why do they need to stone the devil? Why do they need to kiss that black stone? But no one will say this. The media will not print it. What is it about, this reluctance to criticise religion?”

It is clear why many members of a conservative society in which religion is so deeply embedded would be offended; El-Saadawi is often called a sell-out, or accused of pandering to Westerners. However, she is equally as critical, if not more so, of Western society. In accordance with her Marxist and anti-Imperialist principles, she strongly disparages past and ongoing practices of colonialism, imperialism, and the West’s neo-imperialist alliance with political religious fundamentalism.

Beyond this, she also sees issues with the place of women in Western societies. In the West, “no one criticises a woman who is half-naked. This is so-called freedom, too. The problem is our conception of freedom. Men are encouraged neither to be half-naked, nor veiled. Why?… Liberate yourself before you liberate me!” Oppression of women is common to all patriarchal societies; while Western women are not subjected to genital mutilation, “they are victims of cultural and psychological clitoridectomy.”