The DIFFinitive Streaming Guide for November 2020

One of the most successful Amazon Prime Original series returns with an insanely entertaining yet socially relevant sophomore season. Warning: Spoilers for The Boys Season 2. 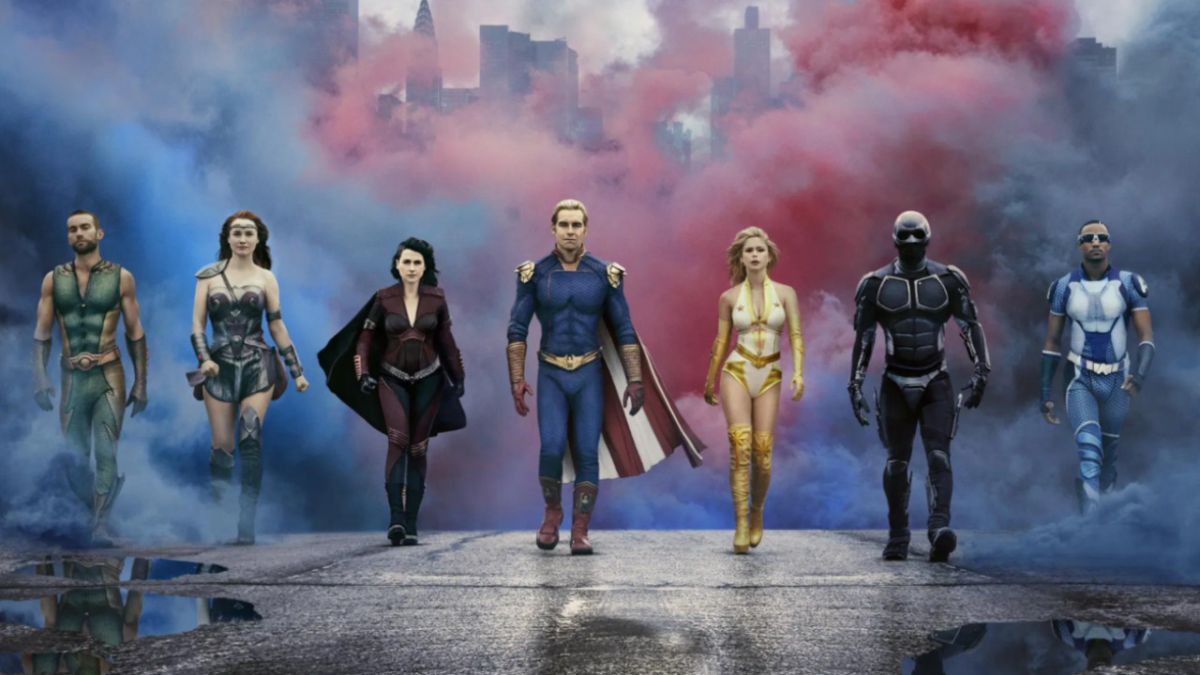 The Boys, an Amazon Prime Original series, became an instant hit since its debut in mid-2019. Its ridiculous tone, violence and gore, and satire on societal problems attracted both B-movie fans and comic book enthusiasts that seek more depth in superhero stories. Coupled with fantastic performances from the cast, including Karl Urban, Jack Quaid, and Antony Starr, The Boys is not only one of the highest-rated shows but also one of Amazon’s most successful originals ever. 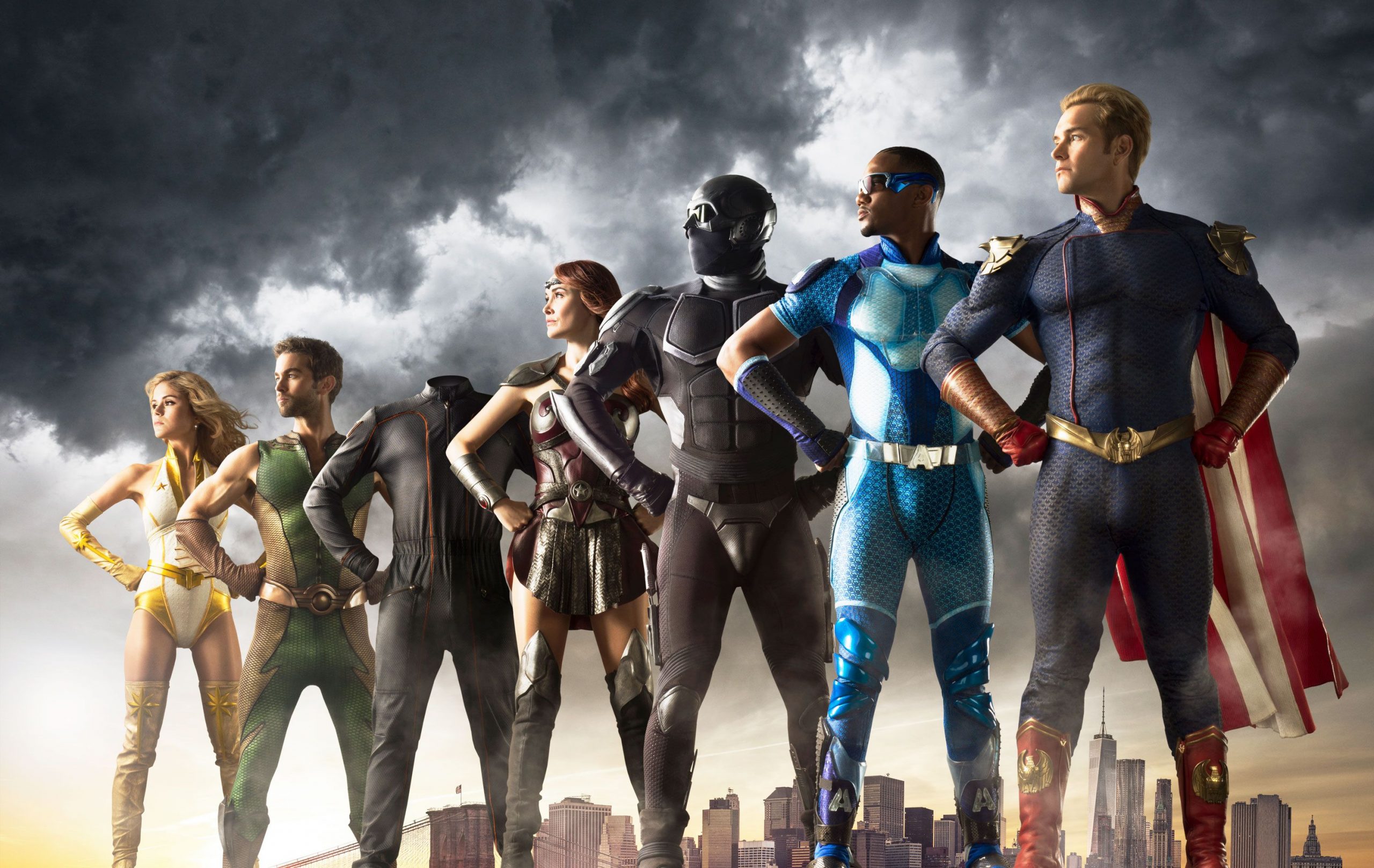 The Boys, adapted from the 2006 comic series of the same name, is set in a world where superheroes are celebrities who work for an international corporation called Vought. Despite public images of heroism and stalwartness, most superheroes are corrupt and evil. The Boys, a group of normal humans who have been victims of these “superheroes,” decide to rebel against them and take down Vought. Season 2 picks up right where Season 1 left: The Boys attempt to release damaging information on Vought to the public while Vought retaliates by sending superheroes to hunt them down. 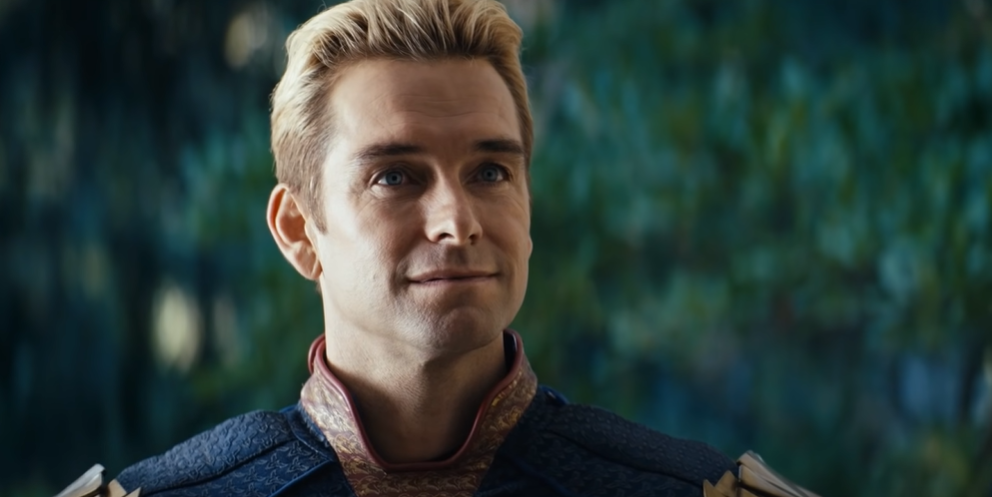 Homelander (Antony Starr) may seem like an American hero like Superman and Captain America, but he is actually an evil maniac

Arguably the best part of The Boys is its antagonist — Homelander, portrayed by New Zealand actor Antony Starr. As a parody to both Superman and Captain America, Homelander supposedly represents the American value: he wears blue, red, and white and has the American flag as his cape. However, on the inside, Homelander is a violent and corrupt maniac. He abuses his superpowers for personal gain and kills those who disobey him. The character serves as a meaningful reflection on the modern-day US and warns audiences that appearances can be deceiving. Starr does an especially impressive job conveying the juxtaposition between Homelander’s charismatic outside and wicked inside. 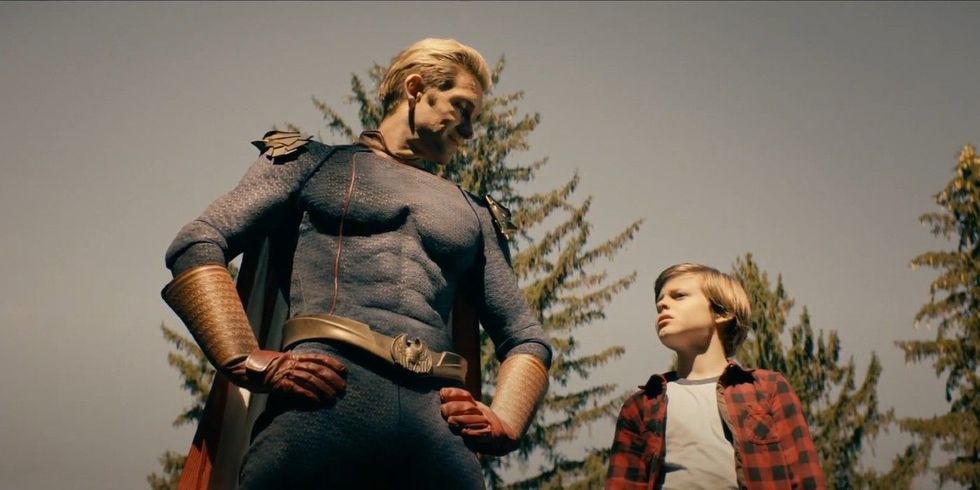 Behind the monstrosities, Homelander is a vulnerable and sensitive man who was mistreated as a child. The unfortunate experiences, despite turning him into a villain, also makes him realize the importance of love and being loved. Season 2 highlights the nuances of Homelander’s character by introducing his son — Ryan (Cameron Crovetti). We see the soft sides of Homelander through his interactions with Ryan (Cameron Crovetti). Although his parenting styles are problematic, Homelander truly cares about Ryan and wants the best for his son. Still, while Homelander seeks to prevent Ryan from going through the same experiences that he did, he is nevertheless pushing his son to become a murderous superhuman just like him. Thanks to Starr’s masterful performance, Homelander became one of the best and most complex characters in comic book media. While we are terrified of him, we can’t help but wonder if he would have been a better man if he didn’t suffer from all the miseries. 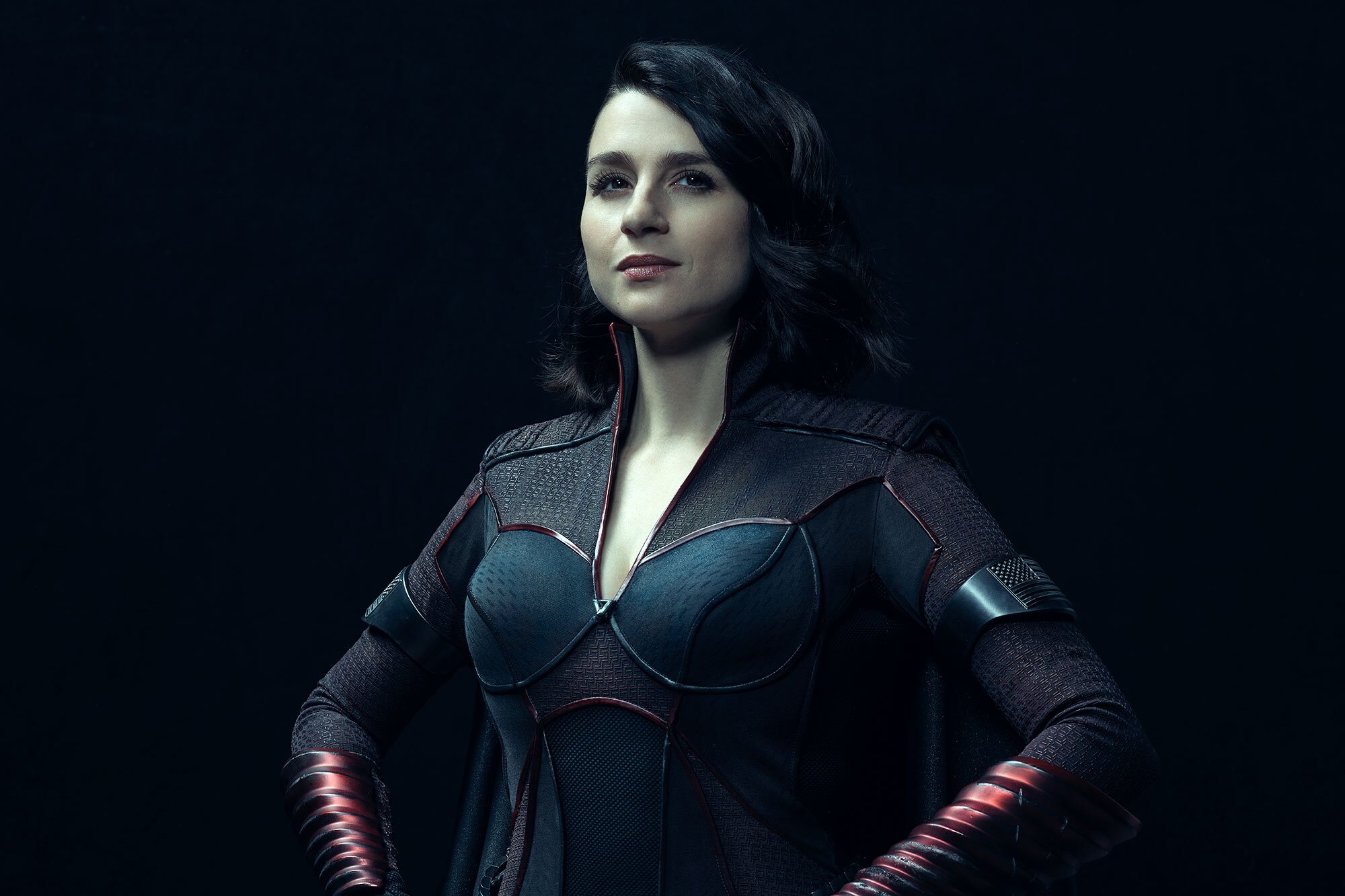 Most of Season 2’s storyline revolves around The Boys trying to expose Stormfront (Aya Cash), a new Vought superhero who is secretly a Nazi. While audiences are shocked and disgusted by Stormfront’s atrocity and evilness throughout the season, they are also constantly reminded that people like Stormfront exist in modern-day America. Named after a white supremacist Internet forum, Stormfront demonstrates how racism and bigotry can hide under the surface and cause damage to society. On the other hand, Stormfront’s use of social media as a platform to spread hate shows the potential dangers of the Internet and why we should view the information we see with a more critical eye. By showing how The Boys were able to unite and finally defeat Stormfront in the season finale, the show urges us to take action in the real world to alleviate prejudice and hate. Cash, the actress who portrayed Stormfront, acknowledged the extreme difficulty of playing the character. We applaud Cash for her efforts to discuss difficult yet real societal problems via her portrayal of Stormfront. 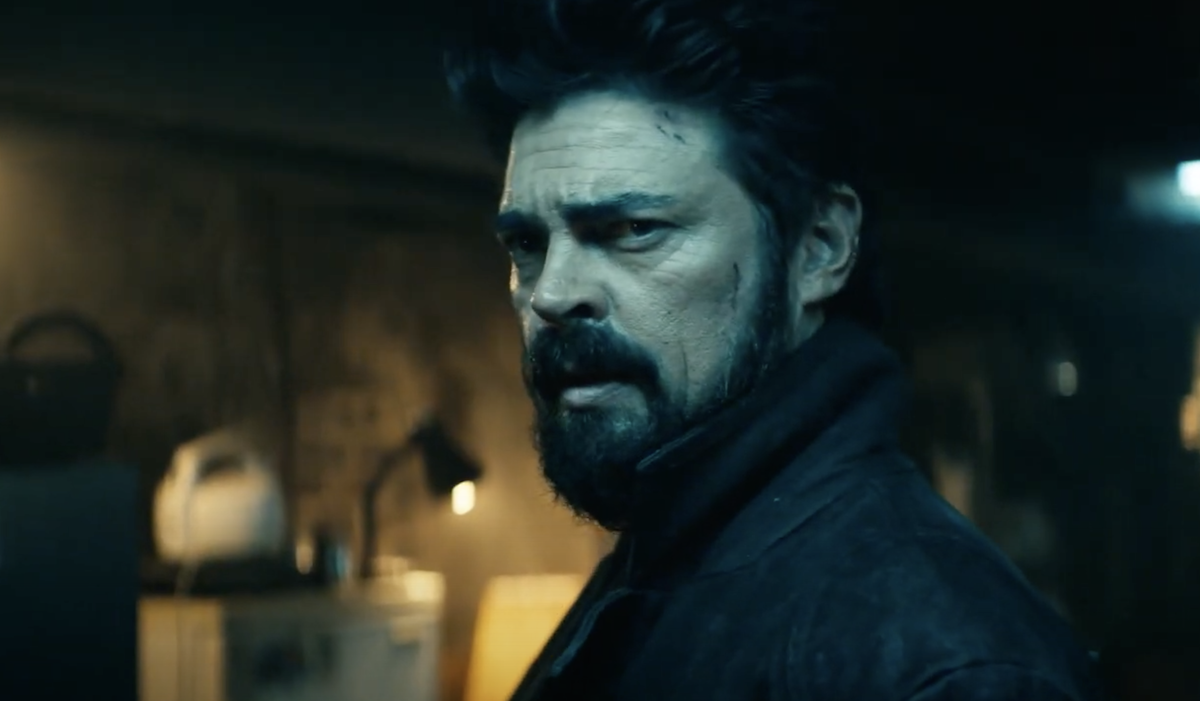 Billy Butcher (Karl Urban), although being protagonist of the series, is a violent and morally ambiguous man

Compared to the subplots involving Homelander and Stormfront, the subplots revolving around The Boys, our protagonists, while entertaining, are less memorable and relevant. While it is fun seeing the protagonists challenge a variety of superpowered individuals throughout the season, their storylines were neither as sharp nor as poignant as the previous two. That said, the cast still offered great performances that made our protagonists just as complex and engaging as characters like Homelander. Billy Butcher (Karl Urban), the protagonist of the series, is a violent and morally ambiguous man. He challenges Vought as a personal vendetta against Homelander instead of an altruistic desire for justice. Butcher also uses cold-blooded and violent methods to get what he wants and is even willing to harm and murder innocent civilians who stand in his way. As characters in the show have repeatedly expressed, Butcher and Homelander are two sides of the same coin. If Butcher had superpowers, he would have been just as evil as Homelander. 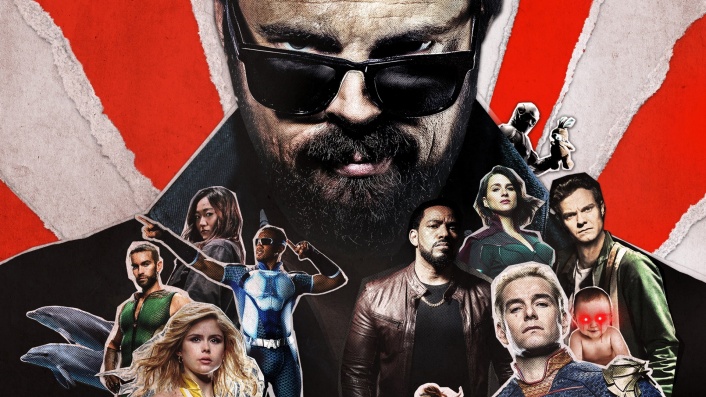 And that is the appeal of The Boys: in this world, no one is perfect. While offering a lot of entertainment along the way, The Boys critically engages with us as audiences to make us reflect upon the world that we live in. Even though superheroes and supervillains are not real, we nevertheless see the realism in The Boys. Although Season 2 involves many subplots with some that didn’t work as well as the others, it still offered an insanely entertaining yet socially relevant experience that will become the center of discussions for years to come.