Warner Bros. and DC Entertainment’s virtual fair “DC FanDome” announced many upcoming films in the DC universe. These are our top 5 favorite announcements and reveals. 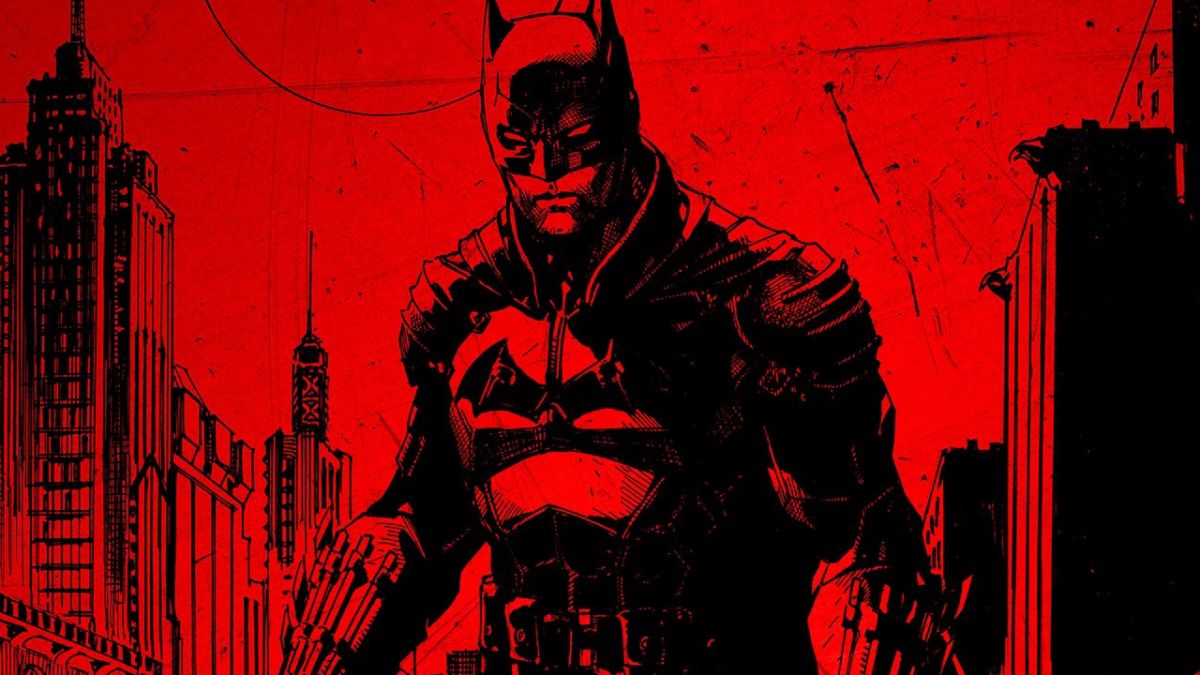 Warner Bros. and DC Entertainment held their long-awaited virtual fair “DC FanDome”, announcing exciting film projects from Guardians of the Galaxy (2014) director James Gunn’s The Suicide Squad (2021) to Robert Pattinson’s new take on The Batman (2021). These are our top 5 announcements and reveals from the event. Note: game and comic announcements will not be on this list.

Actress Kristen Wiig’s take on Wonder Woman’s nemesis Cheetah garnered attention ever since the announcement of her portraying the character. While some fans were worried that Wiig’s comedic style will struggle to fit with Cheetah’s more sinister characterizations, others hoped that Wiig would bring a unique perspective to this iconic supervillain.

In previous trailers, Warner Bros. and DC have kept Cheetah’s final form mostly under wraps. Although some eager fans have found leaked images from the movie’s merchandises and toys, we never had a clear look at Cheetah’s cinematic appearance.

The wait was finally over during Wonder Woman 1984‘s DC FanDome panel, as a new trailer showed us Cheetah in all her glory. The design is not only faithful to the comics but also terrifying for a live-action adaptation. While we have yet to see Wiig’s performance as Cheetah in the final film, fans are already voicing their support of the design on the Internet. We certainly agree with the fans and cannot wait to see Cheetah’s performance in the movie. 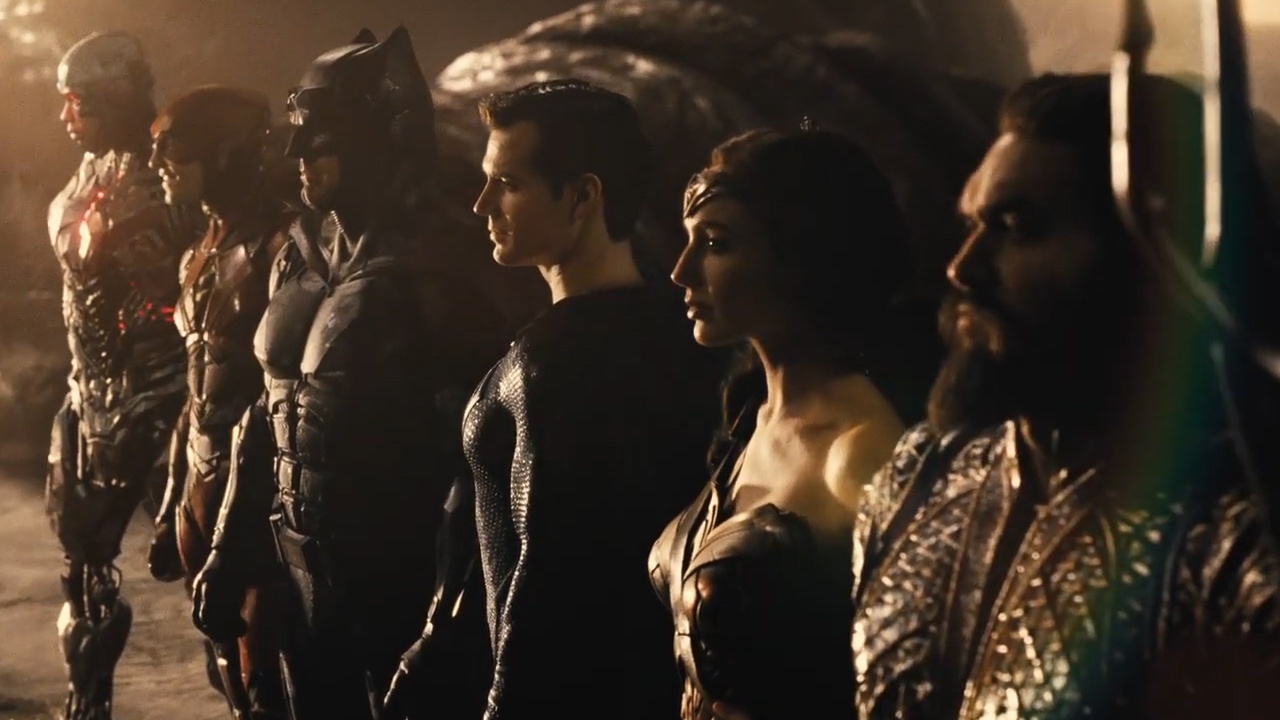 DIFF did a coverage of the Snyder Cut back in May that explained its origins and implications. To sum it up here, Justice League underwent extensive reshoots under director Joss Whedon after Snyder stepped down as the director following the tragic passing of his daughter Autumn Snyder. Whedon dramatically altered the film’s story and tone. Unfortunately for the film, it received poor critic reviews and disappointing box office numbers, prompting DC fans to start a petition known as #releasethesnydercut.

The new trailer for the “Snyder Cut” revealed new scenes and footages never seen in the theatrical version and dramatic changes to Steppenwolf’s design as well the final battle’s color tone. Coupled with Leonard Cohen’s “Hallelujah” (1984), the “Snyder Cut” presents itself as the Holy Grail for DC fans. 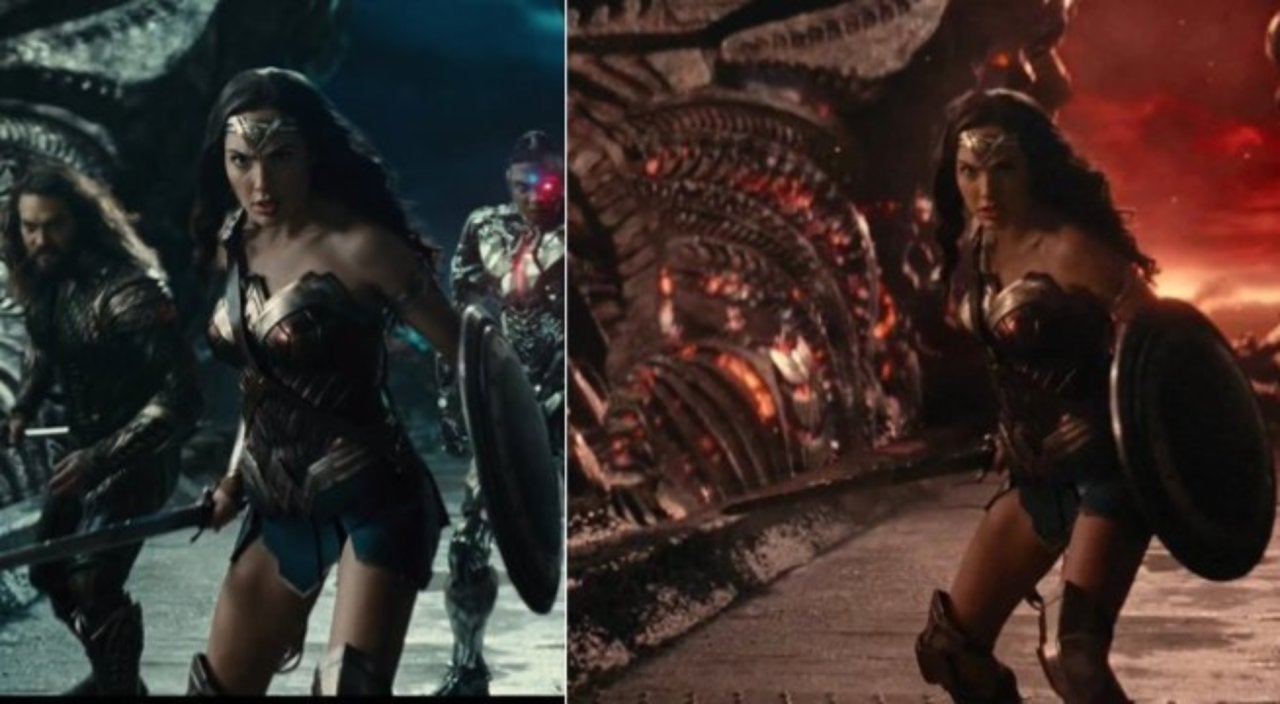 The “Snyder Cut” (left) vs. the theatrical cut (right)

Snyder also announced that instead of being a film, the “Snyder Cut” will be a 4-hour long series separated into four 1-hour long parts. We’re excited to see Snyder fulfilling his original vision for Justice League and can’t wait to see his take on the superhero ensemble epic. 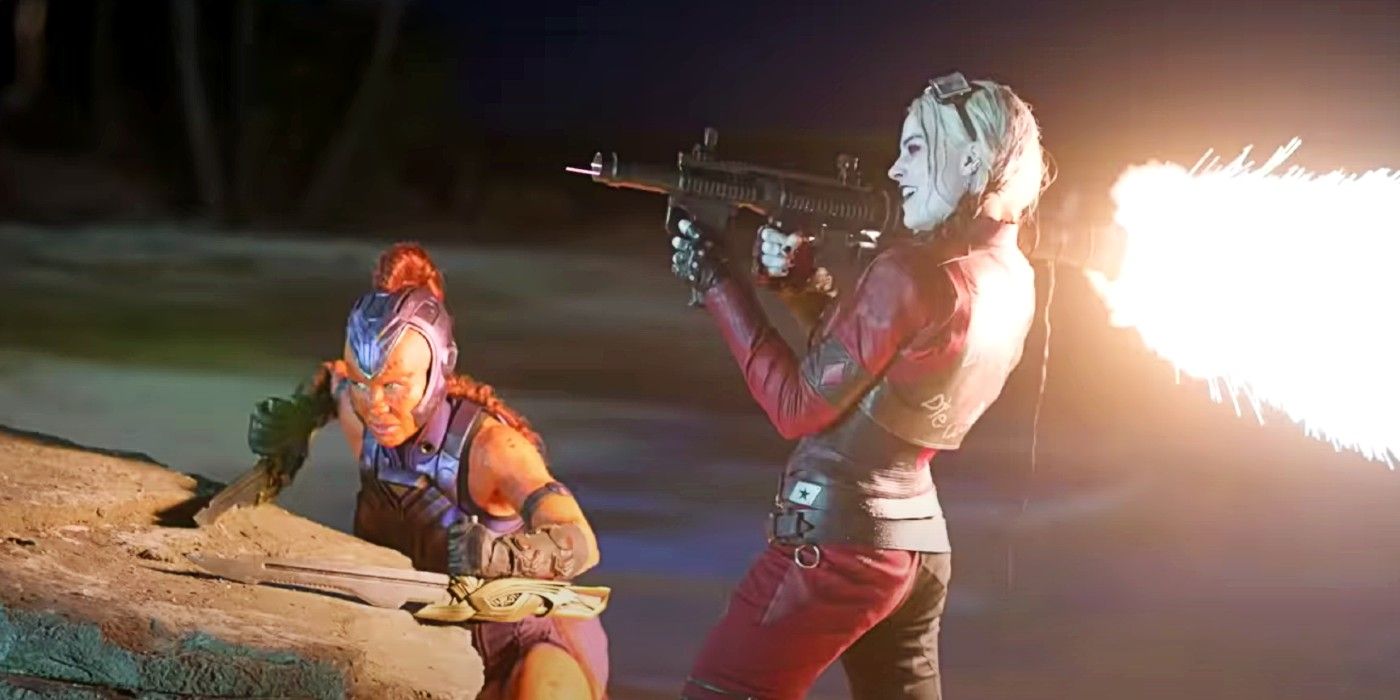 Gunn gave the world a first look at his iteration of The Suicide Squad, featuring an ensemble cast consisting of stars such as Margot Robbie, Idris Elba, Michael Rooker, John Cena, Pete Davidson, Nathan Fillon, and Viola Davis. Perhaps the biggest surprise from this announcement is the inclusions of obscure DC villains such as Bloodsport, Polka-Dot Man, and Weasel.

Although no trailers were shown, from the images and behind the scenes videos that we saw, we can already tell that just like the Guardians of the Galaxy films, Gunn’s The Suicide Squad will be another vibrant, exciting, and quippy adventure for the supervillains. 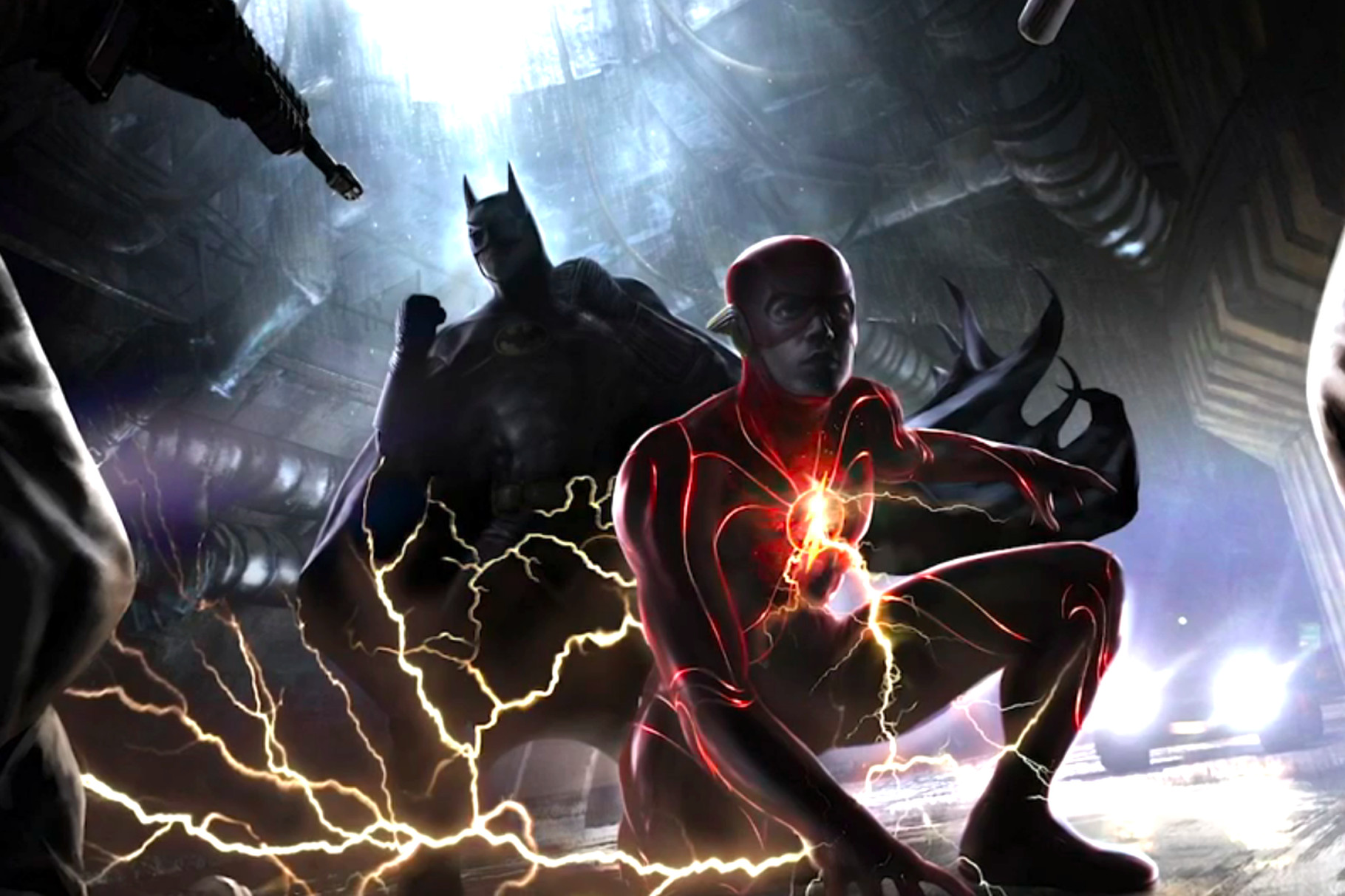 Fans have long speculated that IT (2017) director Andy Muschietti’s solo Flash movie will be based on the iconic 2011 DC storyline Flashpoint. In Flashpoint, The Flash, a.k.a. Barry Allen, unintentionally changes the timeline of the DC universe, creating a series of multiverses and alternate realities as a result. It’s a captivating story that featured new versions of DC’s beloved characters such as Batman and Wonder Woman.

DC’s president of film production Walter Hamada confirmed at DC FanDome that The Flash will adopt the Flashpoint storyline. Furthermore, both Michael Keaton from Batman (1989) and Ben Affleck from Batman v. Superman: Dawn of Justice (2016) will reprise their respective roles as Batman. Hamada explains that the film will open up DC’s multiverse and explore the infinite possibilities that alternate realities have to offer.

We’re excited to see a beloved story adapted to the big screen and we certainly cannot wait to see different versions of The Dark Knight fighting alongside one another. 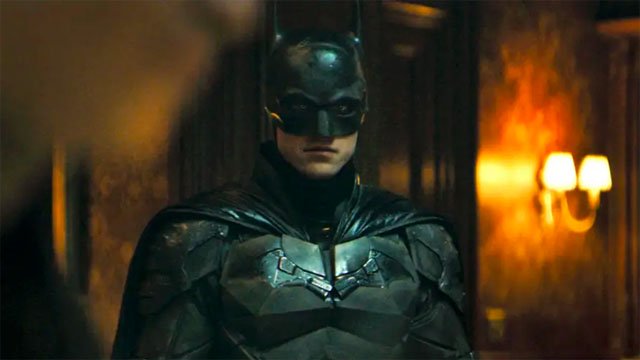 The Dark Knight returns in Matt Reeves’ reboot The Batman, which unveiled the first trailer during DC FanDome. With the eerie sound of the Riddler pulling duct tape, we are introduced to a brand new version of Gotham, where crime and corruption are rampant. The trailer shows a younger version of Bruce Wayne still in his first years of crime-fighting, a storyline is inspired by Mike W. Barr’s “Batman: Year Two”.

Reeves expressed interest in exploring more of Batman’s detective skills for this new iteration, which is something previous films did not emphasize. Interestingly, many have drawn parallels between this version of Batman and Rocksteady’s “Arkham” series of video games, another Batman story that simultaneously focused on combat and crime-solving.

While some fans were skeptical of Pattinson’s casting, most embraced the fresher take on the beloved hero. If the trailer proved anything, it shows that the fans’ confidence in the film was more than justified.