To celebrate the 2-year anniversary of Incredibles 2 (2018), today we take a look at some of the biggest unanswered questions and mysteries from this beloved franchise that we’re desperate for future sequels to answer.

Today is the 2nd anniversary of Incredibles 2 (2018), sequel to Pixar’s financially and critically successful The Incredibles (2004). While there may be only 2 films in the franchise, with a possible 3rd film not likely to release anytime soon (given the 14-year gap between the first 2 entries), The Incredibles franchise is packed with cool details, easter eggs, and most importantly, mysteries. To celebrate Incredibles 2’s 2nd birthday, we list some of our biggest unanswered questions from this franchise that we would love answers for in possible sequels. The entries are in no particular order. WARNING: Spoilers for The Incredibles and Incredibles 2. 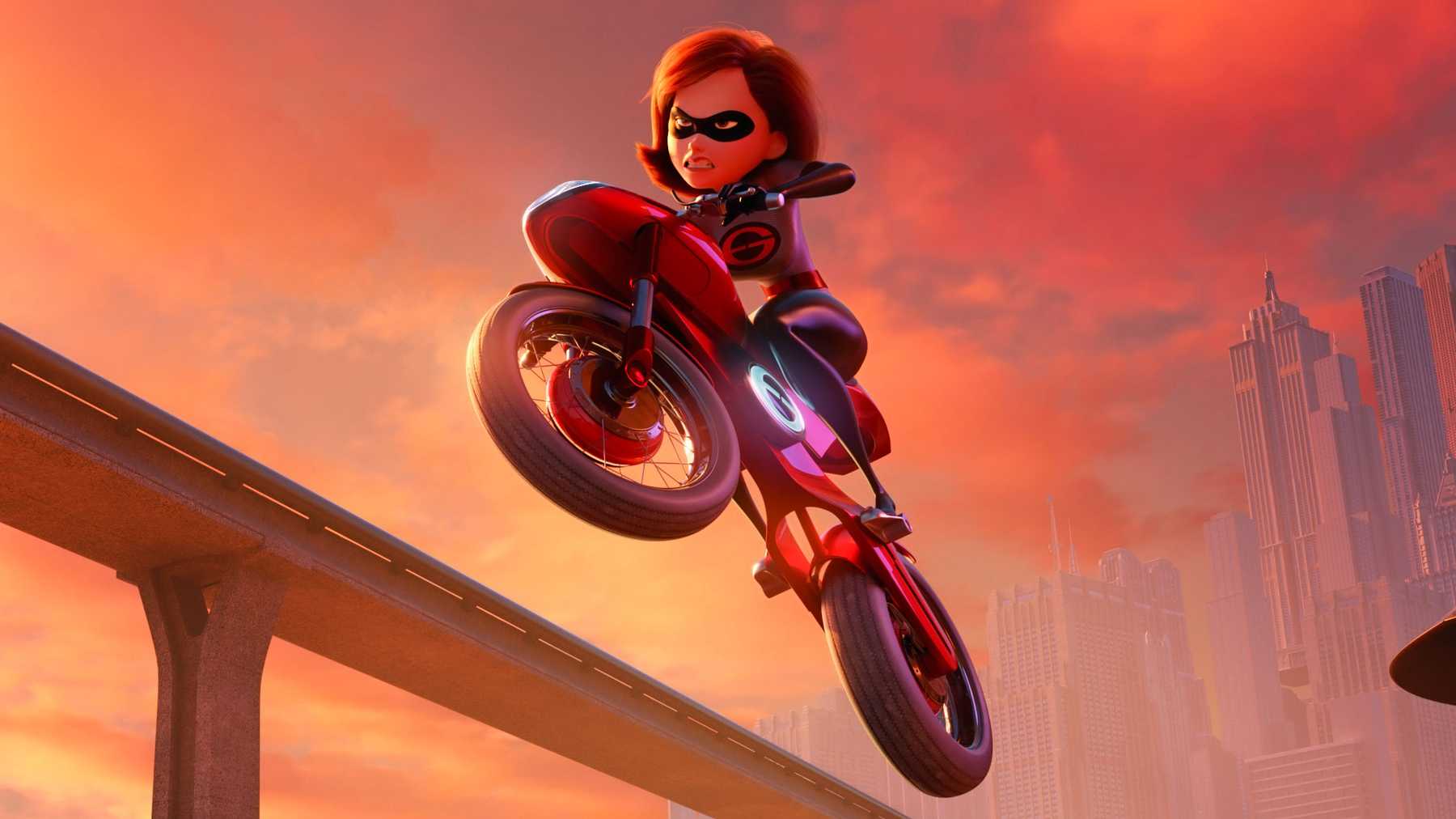 In Incredibles 2 (2018), Elastigirl replaces Mr. Incredible as the protagonist

Starting off the list, we have our favorite hero Elastigirl, a.k.a. Helen Parr, a loving mother who turns into a fierce warrior when she dons her superhero outfit. Although we get to see Helen as the protagonist of Incredibles 2, we see little of her past. We were teased in the original film that, prior to the law that declared superhero activities illegal, Helen was a superhero fighting crime on the streets just like Mr. Incredible. In the second film, we were teased again when Helen tells Mr. Incredible “I had a mohawk. There’s a lot about me you don’t know.” 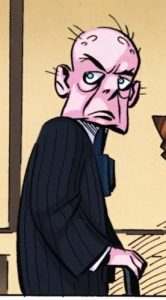 From this quote, it certainly sounds like Helen decided to hide her past from not only us as audiences, but also Mr. Incredible, her husband. What is more interesting is that in the Boom! Studios comic books based on the film, Helen briefly dated Xerek, a supervillain who was the antagonist of the original film before being replaced by Syndrome, until she found out about his evil deeds. This relatively grim history certainly adds another layer of mystery to Helen, and we’re dying to find out how dating a villain impacted her as a character. Will Xerek finally make a film appearance as the past that comes back to haunt Helen? What other secrets are Helen hiding that could prove instrumental to later films? Only time can tell.

HOW DID SYNDROME MAKE ALL THAT MONEY? 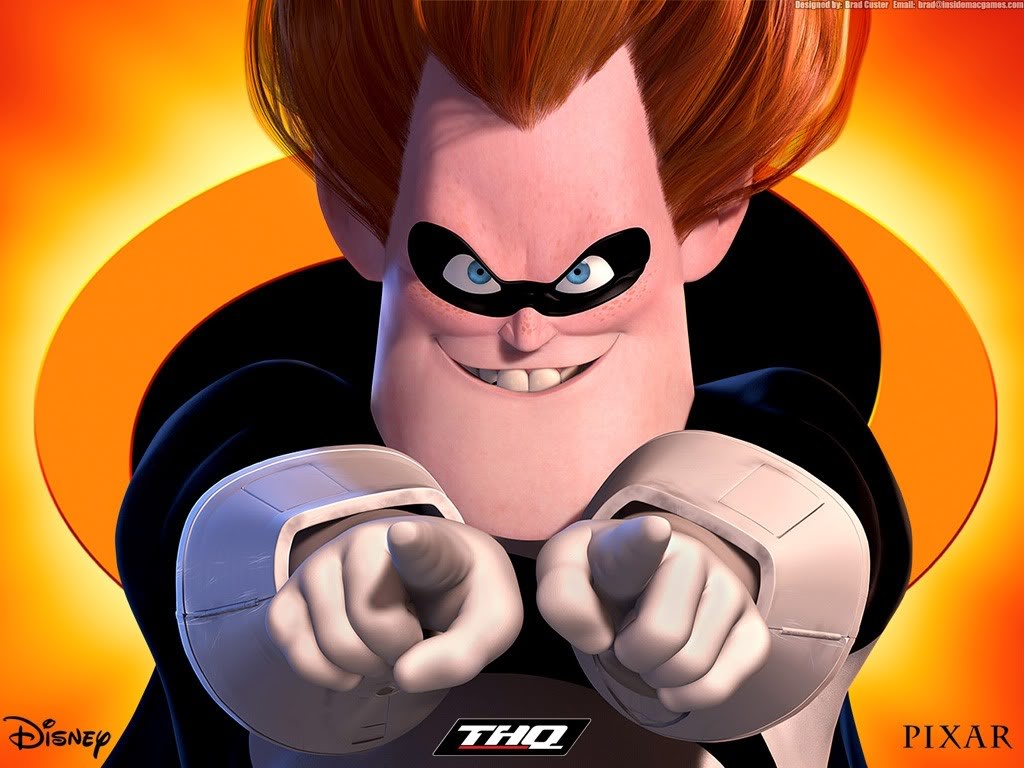 A promotional poster of Syndrome from The Incredibles (2004)

Syndrome, aka Buddy Pine, was the antagonist of the original film. Rejected by Mr. Incredible as “Incrediboy”, Buddy becomes evil and turns himself into supervillain Syndrome. As Syndrome, Buddy invents advanced robots and technologies to murder superheroes and replace them as a new hero. He is equipped with weapons way ahead of his time, including various models of AI-controlled robots called Omnidroids and the deadly zero-point energy that immobilizes his enemies. Furthermore, he owns an entire island that can deploy rockets containing Omnidroids and commands an army that pilots UFO-like ships. 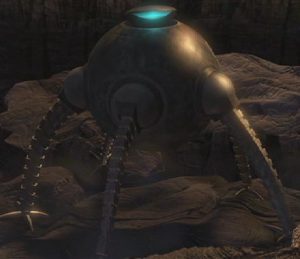 All of these would surely cost someone a fortune, so it is obvious that Buddy became rich during The Incredibles’ 15-year time-jump. It is not so obvious, however, how he got that rich. The film only gave us a vague explanation that Buddy sold his inventions but nothing more. We were also never told of Buddy’s family background. Various online fan theories speculate what Buddy did in those 15 years to earn his fortune. While some believe that he sold his inventions to criminal organizations, others have pointed out that Buddy could have worked with the government as a defense contractor, creating weapons to help the government eliminate rogue superheroes. A Redditor noticed that during a scene closer to the end of The Incredibles, Rick Dicker, a government agent, informs the Parr family that they were able to quickly freeze “all of Syndrome’s assets.” The Redditor argues that this shows the government’s knowledge of Syndrome’s existence all along. However Syndrome earned his financial power, we are certain that his technologies still loom large in The Incredibles universe.

IS THE SCREENSLAVER TRULY GONE? (WARNING: FLASHING LIGHTS IN THE IMAGE BELOW)

“Screenslaver interrupts this program for an important announcement”

Now we move on to Incredible 2’s villain — Screenslaver. It is revealed mid-way through the film that the Screenslaver we saw in the first half of the film is a mind-controlled pizza delivery man, and that Evelyn Deavor (evil endeavor) is the true mastermind behind it all. Just like all Disney/Pixar films, Evelyn as the villain gets defeated by our heroes in the end. However, one has to wonder if the Screenslaver’s reign of terror is truly over with Evelyn’s defeat.

Throughout the first film, Evelyn has been manipulating everything behind the back, controlling the pizza delivery man through a pair of Hypno-goggles to do the dirty work for her. She similarly controls others including Mr. Incredible and Elastigirl through Hypno-goggles and hypnotic lights on screens. This means that as long as the technology is out there, Evelyn can control the Screenslaver from prison, or someone else can take on the mantle of Screenslaver. Screenslaver does not need Evelyn to operate. Does this mean that Screenslaver will come back to fight our heroes once more in a future film? Since Evelyn is still alive, how will she factor into future stories?

WHEN WILL INCREDIBLES 3 TAKE PLACE? 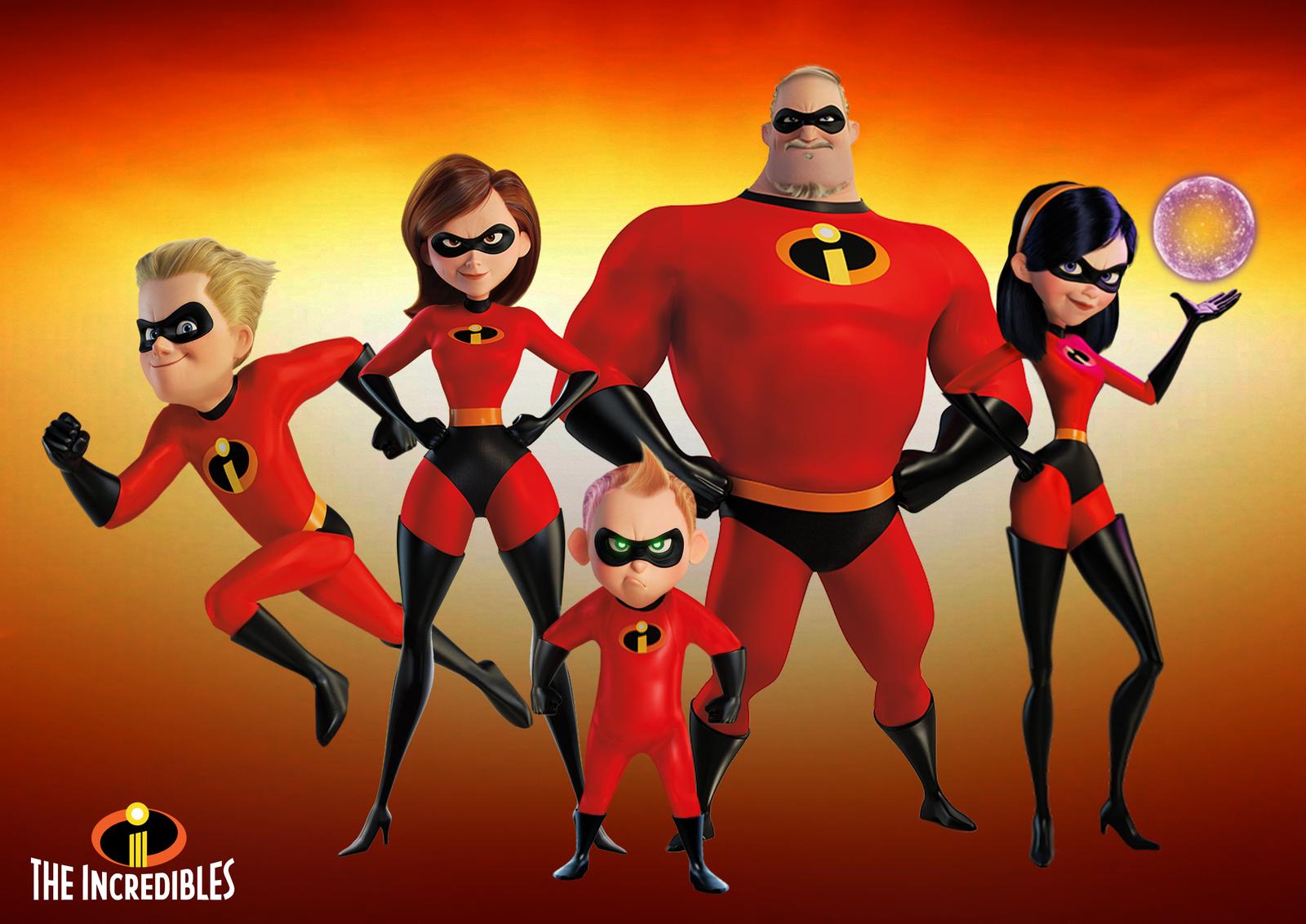 The Incredibles franchise has an interesting in-universe timeline. While a 15-year gap occurred during the events of the first film, the second film happened seconds after the end of the first one (despite it releasing 14 years later). This raises an interesting question: will the inevitable Incredibles 3 take place right after the previous film, as the second one did, or will we see a time jump as we saw in the first film?

Both The Incredibles and Incredibles 2 ended with cliffhangers, the first one being the Parr family getting ready to fight the Underminer and the second one being the family ready for a car chase. We believe there are 3 possible ways the sequel could set up its timeline. The first way is that Incredibles 3, like its predecessor, picks up right where the previous film ended. We get to witness the chase teased at the end of Incredibles 2, and the story will happen at the current timeline. The second way is to skip the chase scene and jump straight to the future, where we see older versions of the Parr family. The third way combines the previous two options. Like the first film and many other films such as Toy Story 3 and Avengers: Endgame, the story begins at the current timeline while a time jump occurs during the movie that takes us to the future.

WHO IS THE UNDERMINER?

Underminer, the villain teased at the end of The Incredibles (2004), turned out to be just a minor character in the sequel.

The Underminer, voiced by frequent Pixar collaborator John Ratzenberger, was teased back in 2004 as The Incredibles‘ final antagonist. For 14 years, fans have waited for his showdown with our heroes (a non-canon game even came out in 2005 that continued his story) and are disappointed in finding out that he was only a minor character (blink and you’ll miss him) in Incredibles 2. Very little is known about this guy except that he likes to stay underground so that “nothing is beneath” him. He was teased again at the end of  Incredibles 2 as his driller was roaming through the credits, foreshadowing his return in the sequel, hopefully as the main villain. We would love to find out more about this character and his backstory.

WHAT ARE THE POSSIBLE IMPACTS OF SUPERS BEING LEGAL AGAIN?

At the end of Incredibles 2, the superheroes, known as “Supers”, have become legal again, meaning that they can run around the streets to fight criminals as they did in the old times. However, one must ask if there are possible effects, especially repercussions, of such a reform. One of the biggest reasons why Supers were outlawed in the first place is due to the collateral damage they have caused during their fights with super villains (for more on collateral damage, check out films like Batman v. Superman: Dawn of Justice (2016) and Captain America: Civil War (2016)). Will such collateral damage happen again? What will the people who are against this reform do? What are some conflicts that may happen? Will older super villains such as Bomb Voyage from the first film make their return? These are all questions we would like to see explored in Incredibles 3.

WHY DOES JACK-JACK HAVE SO MANY POWERS? 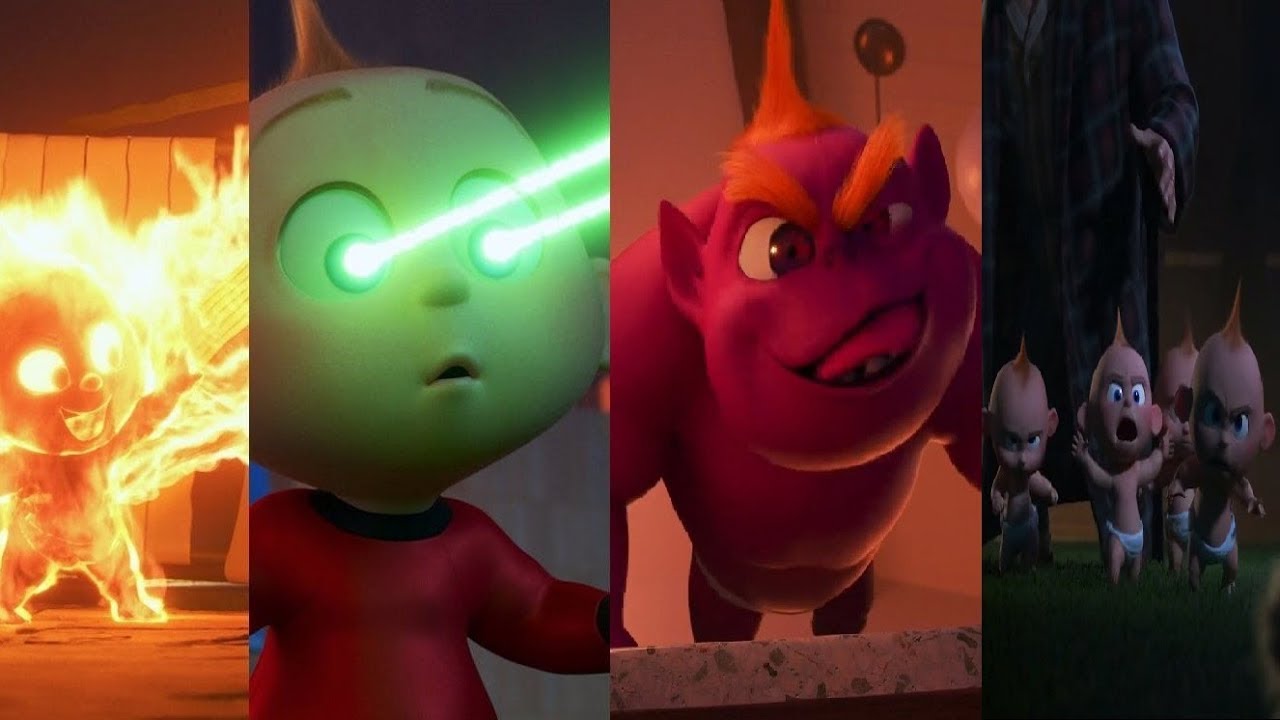 Jack-Jack, the youngest member of the Parr family, is also its strongest, with a total 17 total powers displayed in the 2 Incredibles films

This is perhaps the biggest question we would like to get an answer to on this list. In the first film and most of the second film, the Parr family believed that Jack-Jack is the only member without any powers. However, as it turns out in the final act of The Incredibles, not only does Jack-Jack have powers, but he has more than 1. In the 2 Incredibles films, Jack-Jack has displayed a total of 17 powers, including laser eyes, super strength, telekinesis, and self-replication. This is weird because all of the other Parr’s have only 1 power per person (with the exception of Violet, who can turn herself invisible and create force fields). The films never gave us an explanation of why Jack-Jack has so many powers, and the Parr family seems to accept this odd fact without any suspicion.

Some fans argue that maybe all Supers have multiple powers as babies. They eventually lose their powers and keep one or two that best fit their personalities. The reason why Jack-Jack has so many powers is that he does not have a fully developed personality yet as a toddler. This theory makes sense because all of the Parr’s superpowers fit their personalities: Mr. Incredible’s strength represents his confidence, Elastigirl’s elasticity symbolizes her flexibility, Dash’s speed indicates his activeness and Violet’s invisibility displays her shyness.

Others made more sinister assumptions that Jack-Jack will become a future villain, just as how Anakin Skywalker became Darth Vader in the Star Wars franchise. That would be an interesting storyline to add stakes into Incredibles 3 and work with a story involving time-jump into the future. Making Jack-Jack a villain can also make the story more personal as the Parr family has to face one of their own, adding a unique twist to the family dynamic of the franchise. 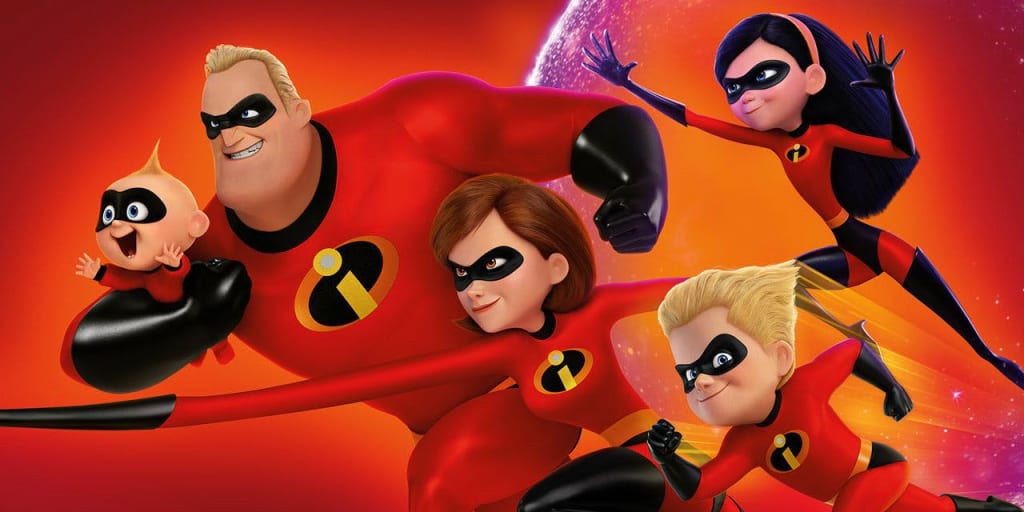 Incredibles 2 was a great film that lived up to its 14-year hype. Although we have many more questions regarding this franchise, the above are just some that we are most confident will be addressed in future films. We just hope that whenever these answers come, it will not be after another 14-year wait.