Christian Bale Joins the Cast of Thor: Love and Thunder

What roles the former Caped Crusader might tackle in his first go at the MCU. 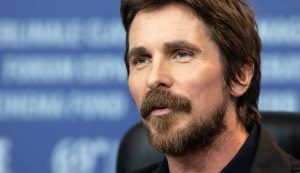 Today is actor Christian Bale’s 46th birthday. To celebrate the Academy Award-winning actor known for his method-acting, we look at some of his most famous roles to speculate what roles he could play in his rumored involvement with Marvel Studios’ upcoming film Thor: Love and Thunder (2021).

If the rumors are true, Thor: Love and Thunder will become Bale’s second time portraying a comic book-based character. His first comic book role is superhero Batman/Bruce Wayne in Christopher Nolan’s The Dark Knight trilogy. Bale portrayed a character who is invincible and vulnerable at the same time. He displayed Batman’s humanity behind the mask and shows audiences that superhero stories can be grounded and realistic. A Thor character that could be a good fit for Bale is Hercules. Originally a character from Greek mythology, Hercules is a son of Zeus and one of the most powerful gods on Olympus. Betrayed by the gods, Hercules was exiled to the human world. Determined to redeem himself, Hercules persists through a variety of challenges to finally reclaim his status as a god. Similar to Batman, Hercules shows the humanity behind his superhuman powers. Watching a big-name celebrity such as Bale playing a popular superhero will surely satisfy many fans. 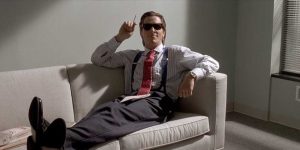 Taking a sinister turn from heroes, Christian Bale also had a villainous role as Patrick Bateman in American Psycho (2000). A juxtaposition to characters like Batman, Bateman is a cruel and bloodthirsty demon under the guise of a civilized Wall Street elite. Bale’s creepy performance as Bateman earned American Psycho positive reviews from critics and developed a cult following for the film 20 years after its release. A Thor villain similar to Bateman is Gorr the God Butcher. Driven by anger towards the gods for not answering his prayers, Gorr became a maniac, traveling around the multiverse to murder gods. Akin to Bateman, Gorr is a violent character hungry for revenge. Bale certainly has the experience to portray a terrifying villain. With Bale’s performance, Gorr has the potential to become another successful Marvel antagonist after Josh Brolin’s Thanos from Avengers: Infinity War (2018).

Not all of Christian Bale’s roles are serious characters. Characters such as Dick Cheney from Vice (2018) and Ken Burns from Ford v. Ferrari (2019) won audiences over with their comedic elements. Although both are based on real people, both are exaggerated portrayals to make the characters humorous and entertaining, as well as highlighting their unique personalities. Bale’s performance as Cheney earned him the 2019 Golden Globe Award for Best Actor — Motion Picture Musical or Comedy, while his performance as Burns won him the 2020 Golden Satellite Award for Best Performance by an Actor in a Motion Picture. A fan-favorite character that can take advantage of Bale’s comedic talents is Beta Ray Bill. Beta Ray Bill has similar powers to Thor but is an alien who resembles a humanoid horse. Even though this character might require a motion-capture performance, Bale would nevertheless be a perfect fit for such a character, similar to Bradley Cooper’s performance as Rocket Raccoon in Guardians of the Galaxy (2014).

Our speculations, at the end of the day, are only speculations as nothing is 100% confirmed yet. Still, the fact that Bale could fit a wide range of characters reaffirms the point that he is one of the greatest actors alive, and we cannot wait to see how he enriches the already diverse Marvel Cinematic Universe with his talents.