Christian Bale Joins the Cast of Thor: Love and Thunder

Miller hasn’t committed any sins in the city of comic book cinema. 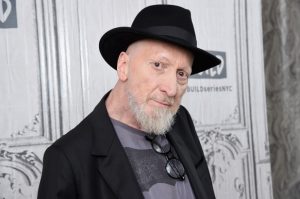 Today is legendary comic book writer Frank Miller’s 63rd birthday. To celebrate, we look back at one of his most celebrated works — Batman: The Dark Knight Returns to explore how this epic comic storyline has impacted modern comic book films. 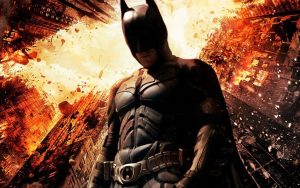 Not only did the Miller’s take on the Caped Crusader make a notable mark on the comics industry, but also in the medium’s translation to film, most notably in Christopher Nolan’s The Dark Knight trilogy. Similar to Miller’s groundbreaking graphic novel, Nolan’s Batman relates superhero stories from a realistic perspective. They both entertain— as comic book movies should — and also invite audiences to think deeper about the important issues society faces beyond the print on the paper. The series’ finale, The Dark Knight Rises (2012), took direct inspiration from Batman: The Dark Knight Returns as it brings the story of a retired Bruce Wayne to the big screen.

Later Batman-related films have carried on the dark tone that The Dark Knight trilogy set. Another retired Batman storyline appears in the 2016 blockbuster Batman v. Superman: Dawn of Justice, which also involves a conflict between Batman and Superman similar to Miller’s piece. The 2019 crime saga Joker takes realism in comic book films to a new level, earning it the most 2020 Academy Award nominations out of all the contenders — an honor rare for comic book films. 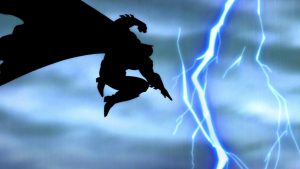 Outside of Batman’s world, other comics, such as Marvel’s Daredevil, are also impacted by Miller’s work. Miller himself wrote one of Daredevil’s most famous storylines — Born Again — in which Daredevil rises to fight crime after arch-nemesis Kingpin destroys his life. Born Again came out at around the same time as Batman: The Dark Knight Returns in 1986 and takes a similar narrative structure. This amazing storyline is translated to the small screen by Netflix in its series Marvel’s Daredevil (2015-2018), which earned a 92% on Rotten Tomatoes and several Emmy Awards nominations.

Even to this day, Miller’s provocative stories continue to impact generations of comic book writers and filmmakers. His dark and realistic approach to stories remains one of the most distinct narrative techniques in modern comic book films, and Miller’s unique style is integral to a vibrant and diverse genre of comic book films.