Cinema once again proved itself to be the defining art form of the decade, and if we have anything to say, it’s not going anywhere fast. 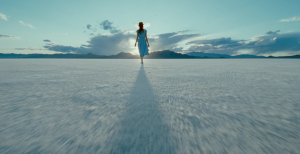 Around this time of year, the hardest task for film lovers is usually to whittle down their favorite titles of the past 12 months and make the coveted “best of the year” list. However, this year is no ordinary year, as we not only count down the waning days of 2019, but also the last days of the 2010s, and accordingly, decide on what were the best films of the decade. Though we all have our favorites that we revisit again and again, deciding which ten films are truly the best of the last ten years is no simple assignment.  Our perception of art, perhaps unlike anything else in the world, is most affected by time and circumstance. Films which were thought to be major accomplishments just a few years ago may now seem to be nothing out of the ordinary, just as previously uninspired viewings may have just been a bit ahead of their time, and now might be headed toward the realm of “classics.” Which of the following titles will have stood such a test of time when 2025 or 2029 rolls around is impossible to tell. Accordingly, this list will try to tackle those films that have dipped their toes in two pools: those that have been tremendous, influential accomplishments already, and those whose influence should strengthen with time. With that, here are DIFF’s picks for the top 10 films of the 2010s, along with a few honorable mentions. 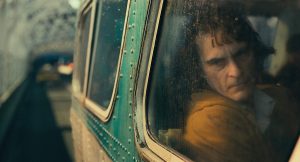 Let me set the record straight from the start: Joker is not even close to being one of my “favorite” films of the past ten years. In fact, it won’t even be cracking my list of the ten best films of 2019. Still, this is the comic book movie that the world needs right now. In a world where movies in the billionaire dollar club are continually becoming more uninspired and cookie cutter (looking at you, Marvel), Joker is bold, daring, and could change the course of “mainstream” pop culture films forever. Joker’s success makes you wonder if a truly brutish origin story for the It franchise’s Pennywise or the Batman Universe’s Zhasz could be possible. Here’s to you, Joker, for making us believe there are studios out there that still want to give us something fresh and new. 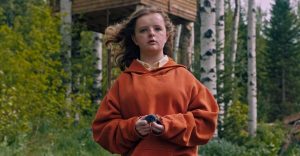 Horror, historically more than any other genre, follows the pattern of an Earth-shattering new concept that blows everybody away, then a lag period of increasingly less impressive copycats until a new hit concept is discovered. Hereditary might not spawn a row of impersonators like Paranormal Activity (2007) did last decade or The Blair Witch Project (1999) before that, but Ari Aster’s feature debut feels fresher than most hit horror films of late, and reminds us that you don’t need a gimmicky concept to scare somebody have to death. Instead, Hereditary takes a new approach to delivering bone chilling horror by focusing on smaller genre subversions and creepy quirks. Watch the trailer and then the first 30 minutes of the film and you’ll think you’re in for another run of the mill creepy haunting…And then that thing happens that sets the film on a sidewinding trajectory that nobody saw coming, and the surprises don’t stop until literally the last second of the film. 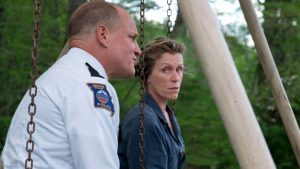 After delivering a pair of lovably foul-mouthed, odd-ball hits with In Bruges (2009) and Seven Psychopaths (2012), it was hard not to expect Martin McDonagh’s full on breakout that became Three Billboards Outside Ebbing, Missouri. The debates over whether or not this intense racial and social drama ends up being inherently racist in the end will probably never be settled, but regardless of where opinions lie, the fact that the film forces us to have the debate is something it should be lauded for. To take such an unflinching look at what life is like in small town America as a native Londoner is unquestionably bold, but such a removed viewpoint astutely allows McDonagh to reserve judgement in a story full of characters that are forced to reckon with one impassioned poor decision after another. In the end, Three Billboards is less of a social commentary on American life as it is an exploration of what it truly means to be human in a world that is much bigger than ourselves. No matter how bad you are — and trust me, these characters are as BAD as they come — we are all just people, who will eventually have to face the consequences of our actions. We may do some good, and we surely do a lot of harm, but retribution is never unattainable. 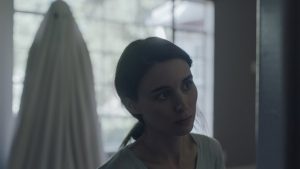 Woody Allen once said, to paraphrase, that he’s skeptical of how good his films really are when they receive universal praise because if everybody likes your film, that means you’re probably not doing anything too out of the ordinary. There probably isn’t a film on this list that embodies that concept quite like A Ghost Story (2017). A lot of people will find it plain boring, and surely many more will claim it is utterly pretentious, but nobody can say that David Lowery’s tale of love, loss, and the imperceivable power of time doesn’t fall into the category of one of the most unique films they’ve ever seen. While other films like 2001: A Space Odyssey (1968) or another movie on this list (don’t like ahead) deal with the existential questions of our existence with sprawling, larger than life concepts, A Ghost Story maximizes the strength of minimalism — from costume design to that irresistibly weird 1.33:1 aspect ratio —  to deliver a truly touching essay that feels harrowing at first, but ends with a touching note that will make anybody feel comfortable with life’s greatest mysteries. 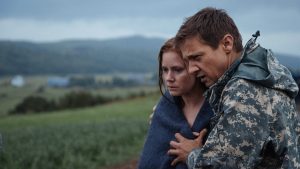 I never thought it would be possible to use Max Richter’s hauntingly beautiful composition “On the Nature of Daylight” — which, for my money, is one of the greatest pieces ever written for film — more effectively than in Martin Scorsese’s Shutter Island (2012). Then, Arrival’s opening, voice-over accompanied montage came along and ripped my heart out. The opening scene teeters on the edge of being almost too good, as you’re left wondering how the movie could possibly get any better after the five minute mark. Luckily, when a film is in the hands of a cinematic master like Denis Villeneuve, you know he’s only getting started. Direction, acting, production design, cinematography, and plot twists aside, Arrival is the rare sci-fi movie that is both as emotionally and psychologically deep as it is technically impressive on the surface. It makes us consider what the story of our lives truly is, and what our responsibilities are to others when our lives get tangled together by fate or whatever other forces there are acting in the world. Beyond that, it is also politically timely, consciously but not heavy handedly pushing a narrative that promotes international cooperation against global issues that we can’t fight alone. 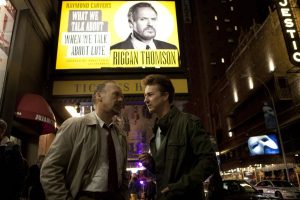 Having been released in a year jam-packed with artistically strong, but still widely popular movies like Interstellar, Boyhood, and Whiplash, Alejandro Inarritu’s quadruple Oscar winner isn’t the most memorable film of 2014 for many, but it certainly has left an indelible mark on the industry over the past five years. The roots of the illusory one-take film can be traced all the way back to Alfred Hitchcock’s Rope (1948), and films like Russian Ark (2002) and Victoria (2015) have even pulled off the true feat. However, when accompanied with impeccable writing and blocking, Birdman shows the true strength of the one-take film in a way that others hadn’t yet discovered, and it’s invisible cuts strung together provide viewers with the thrill of the one shot movie without the narrative restrictions that a real-time story is limited by. Since then, the technique has become widely popular in action sequences, and will even be making its debut in the war genre in a few weeks with Sam Mendes’ 1917. With all of this considered, it is hard not to admit just how influential Birdman truly is. 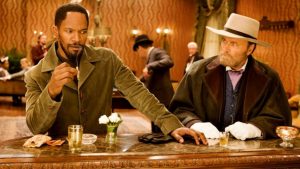 At any point in film history, you can look to the western as the genre that most accurately taps into what the tone and pulse of American life is truly like. While it may seem not seem so out of the ordinary now that films like Get Out (2017) exist, using genre outside of the biopic or racial drama to tackle race relations in America was not really a thing before Tarantino’s Django, especially in westerns, which is unquestionably a historically racist genre. Taken as a package deal with his follow up feature The Hateful Eight (2015) — in which Django Freeman was actually the Marquis Warren character in early drafts — the two films amount to a harrowing, yet nuanced look at American race relations that serves as an early timestamp for many of the conversations that have since infiltrated the cinema, and accordingly, the real world. 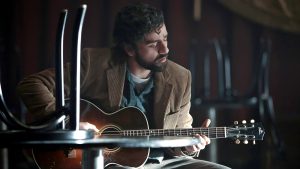 The Coen brothers have delivered one timeless hit after another since their feature debut with Blood Simple in 1984, but out of all their soon-to-be classics, none have garnered as little attention as they deserve like Inside Llewyn Davis. It’s ratio for immediate praise, compared to its potential to age like a fine wine is surely the highest in their filmography, and the past six years have already proven that to be true. Inside Llewyn Davis delivers on the quirky delights which the Coen brothers’ style is famous for, but the film’s wandering narrative and delicate touch of sympathy separates it from the rest of their catalogue in a way that might just solidify it as their most distinctively mature work. Llewyn is told time and again how much of an asshole he is — and it’s not a totally undeserved label — but his struggles as he navigates the 1960s New York folk scene is so humanly palpable that it’s impossible not to identify with where he’s coming from and where he hopes to go. 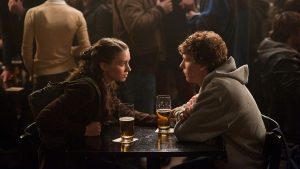 Films like The Social Network truly only come around once in a generation. While the most highly praised dramas of the past ten years have been filled with, if not defined by a string of impressive biopics, few have tapped into the cinematic and social zeitgeist of the time quite like this story of Mark Zuckerberg inventing Facebook. By pairing Aaron Sorkin’s rapid-fire, gut-punching script with David Fincher’s all too perfect directorial style for the material with a host of riveting performances from a cast filled with what were once only rising stars, The Social Network managed to concoct the perfect recipe to explore the booming world of Silicon Valley tech and nerds destined to rule the world; if only they don’t kill each other first. 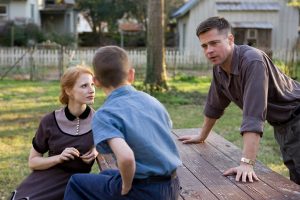 It’s hard to put any feelings about Terrence Malick’s magnum opus into words. How can you, really? Usually when you leave the theater, you know how a film made you feel and what it wanted to tell you. You’re happy, sad, triumphant, enraged, disappointed, hopeful maybe. The Tree of Life, on the other hand, is a journey through life and time that results in an individualized experience unlike anything we’ve seen over the past ten years, and your perception of it is specific to you, and only you. It may be a semi-autobiographical account of Malick’s conflicted upbringing in 1960s Waco, Texas, but it reaches far beyond what any single person’s understanding of life and the infinite universe could possibly reckon with in a single lifetime. All in all, The Tree of Life wields the true power of cinema in a way that demands anybody who calls themselves a true film-lover’s appreciation, and it is a film that will surely grow and adapt alongside you as the perception of your own life and the world changes.