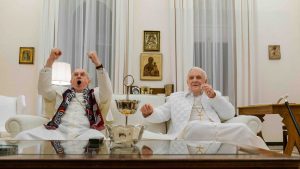 We get it. You have finals coming up and “so much work to do.” However, when you finally do get a chance to look away from your problem sets, papers, or unnecessarily long study guides, what better way is there to welcome winter break than with a great Netflix decompression? Everybody has their holiday season favorites, and we’re sure you’ll give those another look (as everybody should), but this list goes out to those feeling a little more adventurous this December. Here are the best new titles coming to Netflix this month, handpicked by DIFF’s staff. 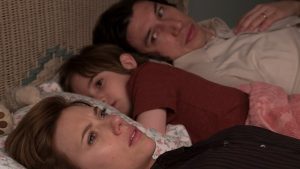 Netflix’s lineup of original films this year has not disappointed so far, and Marriage Story is set to carry the torch this December. Those familiar with Noah Baumbach’s The Squid and the Whale (2005) are astutely aware of the writer/director’s special talent for tackling the most bitter of breakups with a delicate touch of comedy. It’s a tonal combination that is incredibly difficult to land, but when it does, there’s not much else on screen that can be so overwhelmingly moving. From what may be Scarlett Johansson and Adam Driver’s career defining roles to Baumbauch’s visionary craftsmanship, Marriage Story has drawn Oscar buzz in every corner, so you best be sure not to miss out (and see it in a theater if you can!). 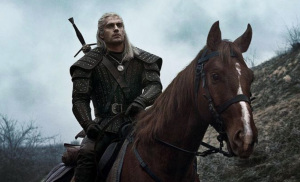 The Witcher will fill the fantasy tv series-sized hole in your life after Game of Thrones ended. The show is based off The Witcher book series by Andrex Sapkowski but will be taking major departures from the book. This means that unlike Game of Thrones, many people will be unaware of what will happen. The Witcher stars Henry Cavill in the lead role of Geralt of Rivia, a monster hunter. The show has been renewed for another season before premiering, which means that this show is a must watch! 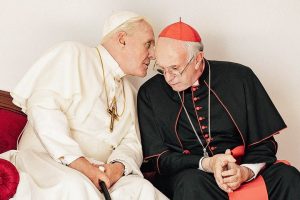 Coming to Netflix on December 20, The Two Popes tells the story of the Catholic Church’s transition from Benedict to Francis. Actors Jonathan Pryce and the legendary Anthony Hopkins star in lead roles. The success of Pryce and Hopkins’ on-screen chemistry will be the difference between a boom or bust reception. Viewers can expect a biographical drama that is fictionalized, but with great nuance. Due to positive reviews of the movie’s inspiration, Anthony McCarten’s 2017 play, The Pope, The Two Popes could be another Netflix original hit. 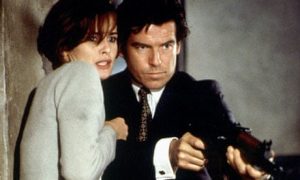 Liv – James Bond Franchise (1995 – 2002)
With the holidays coming in soon and many of us starting to daydream about relaxing on the couch with a big ol’ blanket, crackling fireplace, and a movie that’ll suck you in for an afternoon, Netflix has us covered by releasing four subsequent films from the James Bond franchise. Their picks take us back to when Pierce Brosnan starred as the ruggedly tall, dark, and handsome British spy on his never-ending quest to stop crime and save the world. Not sure which one to watch? We recommend starting with Goldeneye (1995), considered as one of the top Bond films of all time, which gave the series a new look after previous films had started to lose momentum in the United States. With Brosnan’s debut, a return to witty humor, Judi Dench stepping in as the first female ‘M,’ and a familiar storyline executed in a fresh manner, Bond once again captured audiences and brought us back to the action-packed world of international spies.