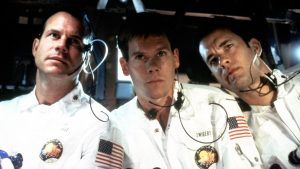 Few may have thought it possible for Stanley Kubrick to push the boundaries of cinema quite as monumentally as he did with 2001: A Space Odyssey (1968) with whatever he chose to direct next, but with A Clockwork Orange (1971), Kubrick managed to reinvent film yet again; in a very, very, very different way. Adapting what many deemed to be an unadaptable source novel by Anthony Burgess, Kubrick unflinching tells the story of Alex DeLarge, a teenage gang leader with a lust for Beethoven and “ultra-violence”, as he struggles through a conflict-inversion training program while imprisoned in dystopian England. The film begins with one of the most epic opening shots of all time, setting the stage for what leads to (what I believe to be) the most intimidating 30 minutes in all of the cinema thereafter. PSA: A Clockwork Orange is incredibly graphic, and how shockingly disturbing some of its scenes are cannot be stressed enough. Kubrick’s tale of mischief, redemption, and the increasingly important power of visual media is surely not for everybody, but if you think you can stomach it, give one of the best films from one our best director’s a shot on Netflix this March. 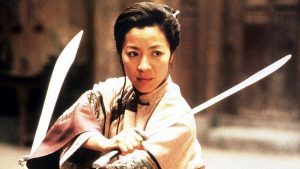 Hailed as one of the greatest and most influential martial arts films, we can all be thankful that Crouching Tiger, Hidden Dragon is making its way onto Netflix. Packed full of action, romance, elegant combat, and heart-wrenching storylines, Director Ang Lee doesn’t disappoint in creating a captivating story that remains the highest-grossing foreign-language film in the States. Badass swordsman Li Mu Bai gives his powerful sword Green Destiny to his friend and the woman he secretly loves, Yu Shu Lien. When the sword is stolen, they begin a quest to find it that leads to old enemies, treacherous love affairs, the battle between good and evil, and iconic martial arts battles. Let yourself embark on your own journey of caring for the characters of Crouching Tiger, Hidden Dragon, and being entranced by the poetic cinematography that delicately depicts the art in martial arts. 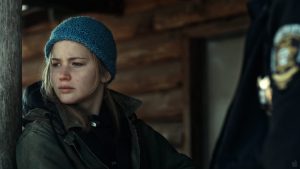 Jennifer Lawrence has made an incredible name for herself before the age of thirty. She has been nominated for four Academy Awards, winning one. She has been a central figure in two blockbuster film franchises. She has even become an internet meme for her goofy personality and inability to accept an award without tripping. None of that happens without Winter’s Bone. Taking on the role that most differs from her actual personality, Lawrence stars as Ree Dolly, a seventeen-year-old girl living in the impoverished Ozarks. Faced with eviction from her childhood home, she must fight through wicked relatives, crystal meth rings and time itself to save herself, her two siblings and her catatonic mother from homelessness and certain death. The film is carried by incredibly strong acting and a plot that keeps you on the edge of your seat. It is a must-watch for any fan of Jennifer Lawrence, as it is one of, if not her best performances to date.

It should come as no surprise that for March Netflix releases, I HIGHLY recommend Apollo 13. For those who have never heard of the Apollo flights, they were the set of missions conducted by the US during the Cold War space race to put people further from Earth than ever before. However, it wasn’t until the eleventh Apollo mission when humans made it to the moon (recall Neil Armstrong’s famous words, “That’s one small step for man, one giant leap for mankind”). Apollo 12 successfully made it to the moon, but on the 13th mission… well, you’ll see. Accurately describing the origin of “Houston, we have a problem,” Apollo 13 is a must-see classic for those who are not only passionate about the film but for those who wish to appreciate and reflect on the sacrifices made for the world we live in today.