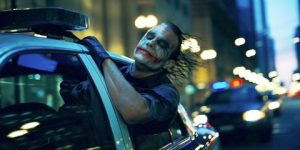 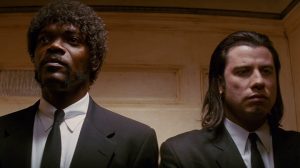 The movie that made me fall in love with movies. Plain and simple. I will never forget the first time I watched this film on a warm summer night in August as my sophomore year of high school rapidly approached or the cinematic addiction that quickly ensued afterward that has yet to go away. Quentin Tarantino’s Pulp Fiction weaves together three nonlinear storylines involving lovable gangsters, backstabbing boxers, and a pair of knock-off Bonnie and Clyde lovers turned robbers over a few fateful days in Los Angeles. Love it or hate it, this film is irresistibly watchable with snappy dialogue, a host of shock & awe moments, and enigmatic characters that feel realer than real. Watch Pulp Fiction and your relationship with movies may never be the same again. 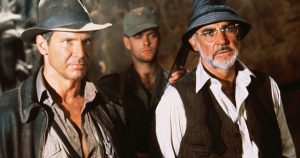 Raiders of the Lost Ark. Temple of Doom. The Last Crusade. No one can deny that growing up, part of us wanted to be Indiana Jones – archeology professor one day and treasure hunter another day. Follow Indie as he fights stereotypical bad guys wearing even worse trench coats, fall in love with his eclectic crew of comedic companions, and revel in the nostalgia of when the world seemed like one endless adventure. Oh, also don’t forget to swoon over a young Harrison Ford as he saves the day in one of Spielberg’s finest.

It’s no secret that I’ve established myself as DIFF’s resident comic-book film enthusiast. That being said, one does not have to be a fan of the superhero genre to enjoy Christopher Nolan’s The Dark Knight. In what is considered to be the pinnacle of the genre by many, Nolan gives the audience more than a typical Batman flick as Bruce Wayne takes on a moral dilemma and ponders ethical questions as the lines are blurred between heroism and villainy. The late Heath Ledger delivers his greatest performance as the maniacal Joker, which earned him the only Academy Award for acting for a performance in a superhero film. Christian Bale, Gary Oldman, and Sir Michael Caine give their usual outstanding performances while Aaron Eckhart delivers a sense of pain and humanity to the normally one-sided villain, Two-Face. The Dark Knight exquisite combination of visual appeal and strong ensemble acting places it not just on the list of best comic-book adaptations, but one of the best films of the 21st Century. 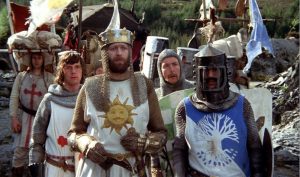 If you have never heard of the Holy Hand Grenade of Antioch or of the Knights Who Say Ni, then you must see one of the funniest, cult classic comedies to have ever hit the big screen, Monty Python and the Holy Grail. This film is filled with so many one-liners that if you haven’t seen the film, you almost certainly have heard quotes from it. If you have seen it, pay close attention to lines that don’t even seem like one-liners; a quick scroll through the IMDb quote list reveals how many witty side comments can go unappreciated.

Holy Grail follows Arthur, King of the Britons, and his quest for the Holy Grail. Along the way, he gathers a small following of knights to help him in his quest, but the knights have incredibly bizarre experiences that lead to numerous skits, comically deviating from the plot. Since Holy Grail is coming to Netflix, now is the perfect opportunity to kick back, relax, and ask yourself, “What is the airspeed velocity of an unladen swallow?” 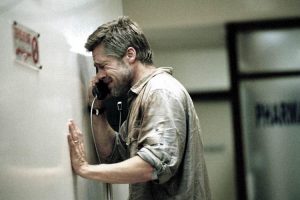 Following in the footsteps of Amores Perros (2000) and 21 Grams (2003), Babel is the final film in Alejandro Inarritu’s “Death Trilogy”, and certainly it caps off his trio of films with the same impact which the first two films delivered. The film revolves around four interlocking stories from around the globe, all of which somehow tie back into a tragic accident involving a young boy, two tourists, and a rifle in Morocco. One could go on and on about the incredible direction or the stellar cast ensemble, but be sure to keep an ear out for Ryuichi Sakamoto’s Oscar-winning score that is just as soothing poetic as it is harrowingly melancholic. Babel may be a film you can only handle watching once, but it should certainly be given at least one viewing.