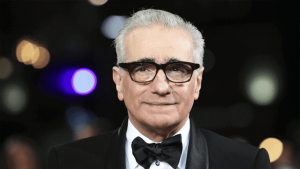 There may never be another filmmaker quite like him.

It is no secret that Martin Scorsese is one of the best directors working today and surely will go down as one of the greatest of all time. Since bursting onto the scene with Who’s That Knocking at My Door in 1967, Scorsese has never let us down with any of his films. Whether it be Mean Streets, Taxi Driver, Raging Bull, or Goodfellas — to only name a few — Scorsese has produced a number of timeless classics over the past 50 plus years that occupy special places in the hearts of movie lovers everywhere. However great his films may be at their core, though, Scorsese means so much more to cinema than just making great films.

After growing up on the streets of Little Italy in New York City, Scorsese rose through the ranks during the Hollywood New Wave in the late 1960s into the 70s. New Hollywood was characterized by directors acting as auteurs, taking creative control over personal projects, and was a large part of why independent filmmaking became the phenomenon that it is today. Along with fellow friends and filmmakers Steven Spielberg, Francis Ford Coppola, and Brian De Palma among others, Scorsese was a leader in the movement that some even believe came to a close with Raging Bull in 1980. His devotion to changing the entire world of cinema was obvious then, and he hasn’t backed down from that one iota since. Drawing from the styles of heavyweights like Akira Kurosawa and John Ford but being sure to add his own new, unique flare, Scorsese’s films stood out as being equal parts applied film school knowledge and experimental, rock and roll auteurism. What has been much replicated since was at first something that had never quite been seen before Scorsese.

Scorsese has always been keen on immersing himself more deeply in the world of movies in any way possible, and his films are a reflection of that sentiment. Though some mainstream audiences may only think of him as a ‘gangster’ filmmaker, Scorsese is part of a rare group of directors that have made hits in almost every genre imaginable. Thriller, horror, comedy, rockumentary, historical drama — you name it, he’s done it and done it well. He’s even done some work with television as well, producing a number of shows and winning an Emmy for directing the first episode of HBO’s Boardwalk Empire.

Additionally, Scorsese has shown a commitment to not only honoring cinema’s brilliant past but also advancing the medium itself. In 1990, he established The Film Foundation, a nonprofit organization that specializes in preserving and restoring archival film prints.

Seemingly somewhat contrarily, while some directors who began their careers before the era of digital filmmaking remain committed to being ‘film purists’, Scorsese has also been on the forefront of advancing the medium technologically. He has experimented with digital, as well as 3D technology, constantly redefining and testing what the industry had previously thought possible for the artform. It’s almost as if he wants to challenge himself to push the boundaries of cinema for future filmmakers just as much as he wants to preserve the medium which originally inspired him.

When his widespread involvement in, and dedication to film is viewed as a singular whole, it’s hard to find many people who have made as much of an impact as Scorsese. He embodies a true student-of-film if there ever was one. A filmmaker that honors the past and forges the future in equal parts. The impact of Scorsese’s work will be felt for decades to come, and it may be even longer before anybody could potentially fill his shoes. Happy birthday, and here’s to hopefully another 76 years of cinematic excellence from one of the greats.