This film is taking no prisoners. 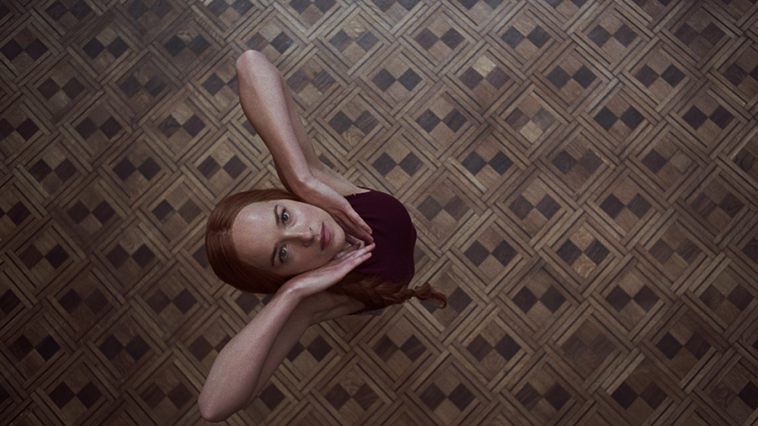 Let’s cut right to the chase here. Suspiria is NOT for everybody. If about 30 people filing out of a sold out theater at the first sign of trouble doesn’t communicate that, then I’m not sure what would. It should come as no surprise to those familiar with Dario Argento’s original version, but those who choose to see this film should be prepared for the gruesome, disturbing images that Luca Guadagnino hurls at us with no regard for sensibility. If you don’t think you can stomach it, then you might want to pass up on this one. However, if you’re willing to give it a shot, you’re in for a wild, at times touching, at times terrifying ride that should, at the very least, fascinate any viewer with an affinity for the horror genre. So eat a light lunch and saddle up.

In the 1960s, Susie Bannion journeys to Berlin to audition for a prestigious dance company that she has long dreamed of performing for. Though the company does not normally give the time of day to walkins, Susie delivers an incredible audition in the presence of Madame Blanc, one of the company’s directors, that earns her a spot in the crew in the wake of a former dancer vanishing after suffering a mental breakdown. Trouble quickly arises in paradise, as we soon learn that the company is home to a coven of witches that are grooming Susie for a secret, sinister ritual. Meanwhile, Dr. Josef Klemperer, a psychologist who treats the dancer whom Susie replaces, grows suspicious of the company and sets out to investigate the odd happenings of late.

To be honest, there is so much going on in Suspiria that it will take any viewer a few times seeing the film to truly unpack and understand all of it. However, it does not take more than one viewing to realize that Guadagnino is at the top of his game, returning to the big screen hot off the coattails of Call Me by Your Name last year. His direction is energetic and assured as he crafts an atmosphere that is more concerned with creepiness and dread rather than all out scares; and I mean that in a good way. Tilda Swinton is also at her best, delivering admirable performances as Madame Blanc, Dr. Klemperer, and Helena Markos, another one of the company’s directors. Dakota Johnson continues her hot streak that has come on at the end of this year with Bad Times at the El Royale (a review of which will be coming shortly) and this film, as she too gives a performance of great depth with a wide range of emotion that compliments her character’s dark backstory well.

The one major downfall of the movie is in the runtime, which at 152 minutes ends up being about 10 minutes too long. Unfortunately, as a result, the hypnotic climax at the end of the film doesn’t quite deliver the punch in the face to the audience that it should, though it will surely still make you squirm in your seat. A little bit is also left to be desired in the implementation of how Dr. Klemperer’s storyline coincides with Susie’s in the grand scheme of things, as some of his backstory and its effects on his actions, along with the rest of the characters, seems a bit forced.

Overall, the pluses far out weight the minuses for Suspiria. It will surely be an Oscar contender down the stretch, presumably in the categories of best supporting actress, sound mixing, and maybe a few others as well. If only all remakes could be this good. ​