We may not have known it quite yet, but Tarantino’s screenwriting tropes had their fingerprints all over this film. 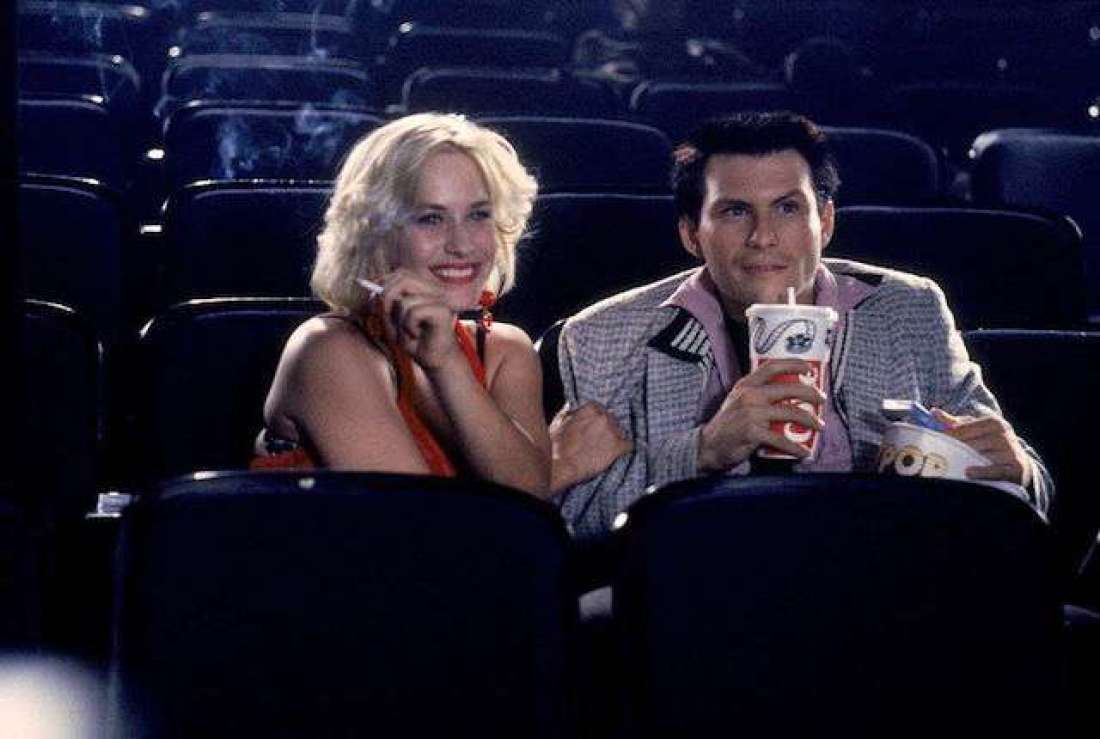 In the early to mid-90s, Quentin Tarantino may have been the hottest man on the market in the world of movies. After breaking out at the Sundance Film Festival with Reservoir Dogs (1992), then winning the Palme d’Or and an Academy Award for Pulp Fiction in 1995, and finishing out the decade with the mature, blaxploitation flick, Jackie Brown in ‘97, the writer-director could do no wrong in the movie theater. However, some may forget that Tarantino also had a number of his scripts made into films during these years as well, but he didn’t get to direct them. One of which is the 1993 crime and romance film, True Romance, which is celebrating its 25th anniversary today. The Tony Scott directed film follows a young, eloping couple on the run from Detroit gangsters and police alike, with the final destination of Hollywood on their minds.

Though he may never admit to it, the premise of the film can be interpreted as being semi-autobiographical of Tarantino’s life. The film’s main character, Clarence (Christian Slater), is a nerdy dude who works in a comic book shop and loves martial arts movies. At this point, Tarantino was a film geek, working in a video store, who loved Sonny Chiba probably more than life itself. Clarence, an Elvis Presley lover, comes from humble beginnings but dreams of getting rich selling drugs in Hollywood. Tarantino, an “Elvis Man” (as Mr. White would put it), came from humble beginnings and dreamed of getting rich in Hollywood making movies, which could be deemed the “drug” that keeps him alive. I mean come on, the dude has seen every movie imaginable and still craves more. If the connections aren’t clear, you might want to pop your contacts in and read again.

Due to a lack of work having been released at the time of True Romance’s debut, we hadn’t yet familiarized ourselves with the tropes of Tarantino’s writing. However, looking back a quarter of a century later, they’re impossible to miss. The first trademark of his writing that makes an appearance in this film is Tarantino’s use of long monologues to build tension in dialogue heavy scenes. Although the scene in which Clarence negotiates Alabama’s (Patricia Arquette) freedom from her pimp and drug dealer Drexl Spivey (Gary Oldman) is fantastic in its use of this technique, nothing beats when Clarence’s dad, Clifford Worley (Dennis Hopper) insults the Sicilian mafioso, Vincenzo Coccotti (Christopher Walken) as they go back and forth with long winded speeches and scare tactics in his trailer home. In this scene, Coccotti interrogates Worley to try and discover where Clarence and Alabama have run off to after they killed Drexl and stole a large amount of cocaine. Knowing he can’t resist their torture tactics, Worley slanders Coccotti’s Sicilian roots until he angers the man so much that he kills him. Tarantino himself admitted that this scene was the best he had written until the pub scene in Inglourious Basterds (2009), and it is easy to see why he feels this way. Scenes similar in structure would go on to appear in many of his later films, including multiple scenes from Jules Winnfield (Samuel L. Jackson) in Pulp Fiction, Bill (David Carradine) in Kill Bill: Vol. 2 (2004), Calvin Candie (Leonardo DiCaprio) in Django Unchained (2012), and Major Marquis Warren (Samuel L. Jackson) in The Hateful Eight (2015); however, they would all have to chase the greatness of Cliff Worley’s history-infused monologue.

Also similar to Tarantino’s other scripts, True Romance is chock full of references to pop culture icons and other films. Clarence’s imaginary friend and mentor, Elvis Presley, is a reference to the imaginary Humphrey Bogart in Play it Again, Sam (1972). At the beginning of the film, Clarence watches a triple-feature of The Street Fighter (1974), Return of the Street Fighter (1974), and Sister Street Fighter (1974), all three of which are martial arts movies starring Sonny Chiba which Tarantino adores. At Drexl Spivey’s home, the drug dealer watches The Mack (1973), a blaxploitation flick that Tarantino has also proclaimed his admiration for.

In addition to referencing other peoples’ films, Tarantino was also in the early stages of crafting his own interconnected character universe. In Reservoir Dogs, Mr. White (Harvey Keitel) and Joe (Lawrence Tierney) talk about working with Alabama, who is one of the main characters in True Romance. Movie mogul Lee Donowitz is the grandson of Donny Donowitz (Eli Roth), AKA “The Bear Jew” in Inglourious Basterds. Lastly, Drexl Spivey was in the original script for Pulp Fiction, but unfortunately did not make it to the final version of the film.

One wish for this film is that we might have gotten to see Tarantino direct it. While both Tarantino and I applaud the late, great Tony Scott’s vision, it’s hard not to imagine how some of the scenes may have through Tarantino’s iconic directorial lens. His energetic, pastiche visual style, full of frames within frames, crash zooms, and beautiful, extreme closeups is unlike any other filmmaker working today, and it never gets old. As with any production, certain aspects of the film change to a degree from the script to the screen, and often times the changes can be more extreme when the screenwriter is not also the director. So, things may have looked a bit different, for better or worse, but it’s hard to complain when what we already have is an incredible and unforgettable collaboration between what were two of the industry’s most talented artists at the time.

All in all, True Romance is a compelling crime film and a cult classic that won’t soon be forgotten. So, if you haven’t seen it, or it’s been too long since you checked in with Clarence and Alabama, celebrate the film’s 25th anniversary by kicking back on the couch, and tagging along for the road trip of a lifetime.