Pirates. Cowboys. Alcoholic Horses. Needless to say, there’s something for everybody. 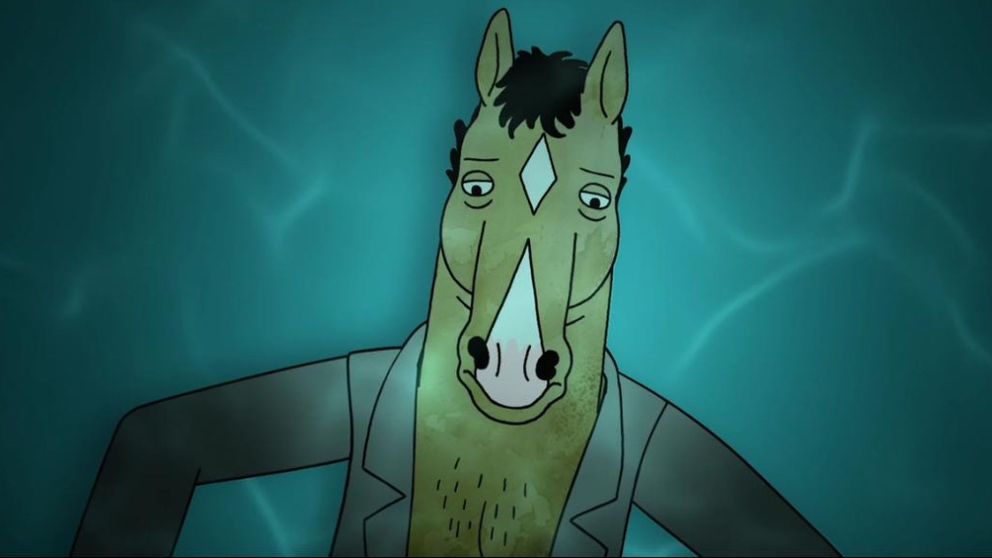 With so many titles to choose from these days, it sometimes feels that we spend more time trying to pick what to watch than we do actually watching whatever it is we finally end up picking. As busy college students, we often don’t have time to scroll through every title on Netflix and pick the perfect title and end up just watching The Office​ for the 37th time. In the first installment of what will be a recurring monthly article, DIFF’s staff is here to recommend titles for you and eliminate the painfully slow search process altogether. So sit back, relax, and watch one of DIFF’s picks for the best new titles coming to Netflix this September. Trust us, you won’t regret it. 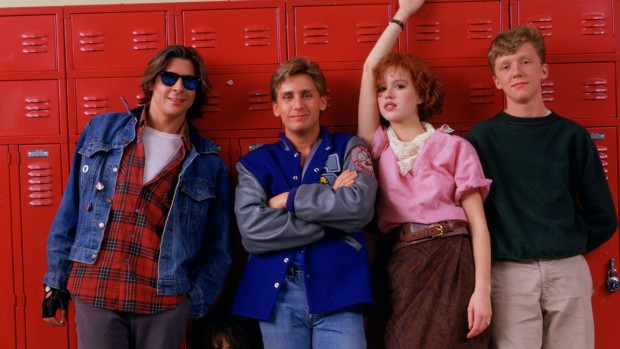 It’s impossible to think about the classics without someone mentioning The Breakfast Club. An incredible display of 80’s teen shenanigans, this movie makes us all nostalgic for the high school days where our priorities were figuring out if our cute lab partner was inching closer to your chair on purpose, and if our football team was going to win the big game on Friday night. It thrusts us back into a world of teen drama that we all relate to, while also appealing to our subdued teen angst that came from being misunderstood. All in all, we love The Breakfast Club because it reminds us of the hidden struggles we all went through — or maybe still go through— on a day to day basis when it comes to finding ourselves while also coming to understand others. 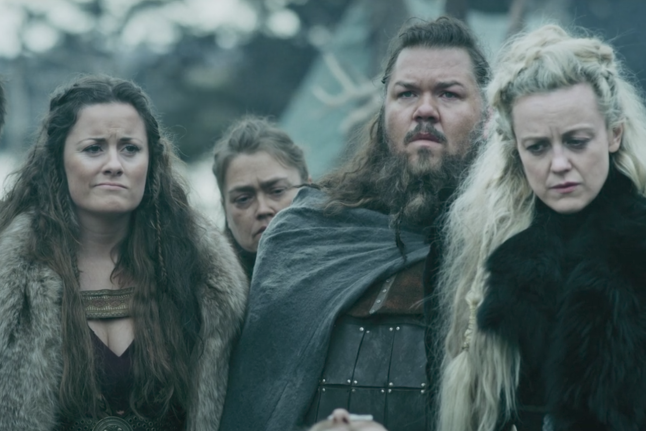 Norsemen is one of Netflix’s best hidden gems when it comes to binge-worthy television series. A surprisingly well-oiled combination of dry humor and intense violence combine to form a slick comedy that manages to incorporate modern day themes into the Viking realm. The show spoofs programs such as Vikings and The Last Kingdom (another Netflix Hidden gem) and proves to be a lighthearted, easily digestible story, despite its gory nature and frequent exploration of darker topics. 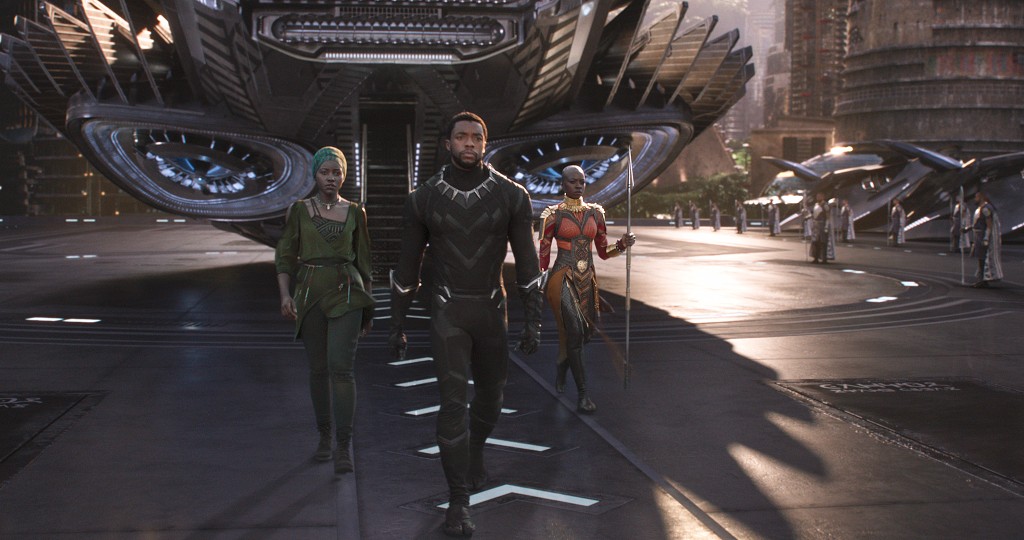 Marvel Studio’s 2018 superhero blockbuster takes center stage in Netflix’s new additions this September. As king of Wakanda, T’Challa is crowned with the gift, and responsibility, of protecting his homeland from foreign invaders as the Black Panther. When a dangerous enemy emerges, T’Challa is forced to fight both domestic and international enemies for the sake of Wakanda and the world. Black Panther made an instant cultural impact upon release, acting as a rallying cry for equal representation among all minorities on the big screen. Hopefully Ryan Coogler’s masterful action-packed, superhero epic will get the attention it deserves this Oscar season, and we don’t mean in the bogus “Popular Film Category.” Not only a must see for any fan of the MCU, but for all of those who dream of cinema being a more inclusive art-from for everybody. 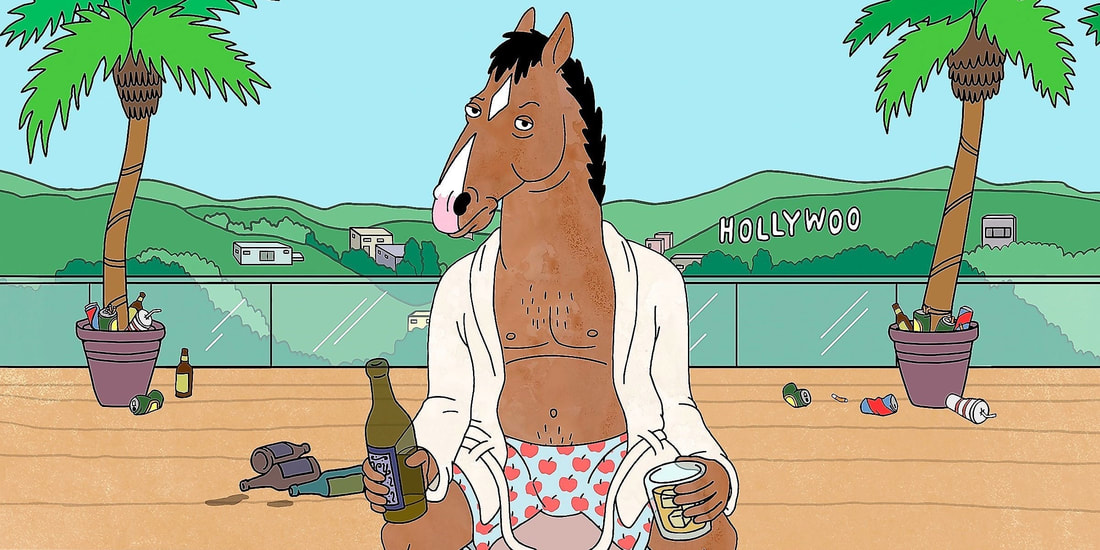 My mom once characterized her viewing experience of BoJack as “actively losing brain cells”. If your experience was somewhat similar, I suggest you skip this entry. However, if you are as avid a fan of the adult animated Netflix original as I am, then you will be happy to hear that the show returns to Netflix with season 5 on September 14th. Even if you haven’t checked it out yet, there’s no better time to start binging the first four seasons as soon as possible. Come back from Shooters or Devines, order some dominos, and settle down for a ride that can bring you to tears of joy and laughter just as easily as it can make you weep from tragedy. Take a dive into Bojack’s “Sea of Dreams,” and I promise, you will not be disappointed.

John – Pirates of the Caribbean: The Curse of the Black Pearl (2003)

Despite the variety of new and intriguing Netflix original series, I am choosing to embrace my childhood by highly recommending the beloved Pirates of the Caribbean: The Curse of the Black Pearl. To all of those who have already seen it, I hope this film has a special place in your hearts as much as it has in mine. No other film successfully idolizes debauchery in such a kid-friendly, humorous manner like Pirates does, and the ride truly never gets old. So if you are one of the few who haven’t seen Johnny Depp play the legendary Captain Jack Sparrow, AKA “the best pirate we’ve ever seen,” take charge in amending your ignorance this coming September by watching Pirates of the Caribbean: The Curse of the Black Pearl. Wait, how do you pronounce “Caribbean” again?

Nobody could have asked for more in Clint Eastwood’s final kiss goodbye to the western, as he gave us a best picture winning film that still resonates with us to this day, and always will. Far from the “shoot ‘em up” showdown we’d expect from Eastwood, Unforgiven is a patient, contemplative, and introspective film that challenges almost everything we thought we knew about the western genre prior to its release. With crisp direction, a performance for the ages from Gene Hackman, and an air tight screenplay from David Webb Peoples, Eastwood went out with a bang that solidified himself as possibly the greatest western filmmaker in the history of cinema. Oh,  and did I forget to mention Morgan Freeman is in this?