1. The nature of the term implies entire nations are unsophisticated and alien.

(Seriously, why does the term imply that certain nations are on another entirely different world?) The issue at hand is that “third world” has become an adjective used when individuals do not wish to outline what they actually mean. When in fact someone seeks to refer to how a country is specifically poverty-ridden or plagued with governmental corruption or repressive in civil liberties or struggling with high economic vulnerability, “third world” has become a convenient shorthand expression. While many of the aforementioned traits overlap in certain countries, to wholeheartedly characterize a nation as consequently “third world” can be misleading. The term is without a doubt ambiguous and hence vulnerable to usage in meaningless or unformed political rhetoric.

2. The term is simply archaic.

“Third World” was coined during the Cold War to describe nations that neither supported ‘the West’ (NATO) nor ‘the East’ (the Communists). In effect, the term was created as a marker for a nation’s political ideology (perhaps often pacifism in the case of “Third World countries”) in a time of great global unrest. So why is the term still used today despite the end of the first Cold War? After all, how appropriate can a Cold War-era classification be when used as a blanket term for economic, political and social life in primarily Africa, Asia and Latin America.

3. It assumes a hierarchy between countries- and this is also true of the expressions “developed” and “developing” countries.

These terms paint most definitely not homogenous Western nations as the ideal, despite the grave issues affecting so-called Western nations. Furthermore, these terms are not concrete, whereas quantitative data, such as infant mortality rates, provide a more solid basis for comparison.

Additionally, referring to certain nations as of the “Third World,” presupposes the existence of a First (and Second World). But what does a “First World” country actually look like? The United States? Scandinavia? What really makes a country “first in its class?” (Yes, that is a phrase appropriated from car commercials, but when you think about it, that is an inherent meaning when a country is labeled “First World.”)

Who is one to classify another? Even in the 21st century, there’s no clear consensus on what it means to be a developed country. As written by one senior politics writer, Zeeshan Aleem, “Social democracy in Scandinavia, oil-funded theocracy in Saudi Arabia, and a one-party, partially planned, partially free market economy in China are all vastly different models for generating and harnessing prosperity.” With all these subjective perspectives on what defines a country, where lies the merit behind such universal labeling?

5. The term depicts the ‘afflicted’ countries as inaccessible

In 1952 when Alfred Sauvy wrote “Three words one planet” for his article in L’Observateur, he envisioned a world entirely constructed in terms of capitalism and socialism, with a grey area denoted as the “third world.” While he may have had his problematic reasoning, in the 21st century, the term makes so-called “third world countries” sound inaccessible. Why must we refer to nations whose exports we consume, whose citizens we laud and whose culture we often derogate as on ‘another world?’ Are we that unwilling to find common ground or even admit that we all share one global economy and ‘pile of resources’ so-to-speak?

Perhaps somewhere out there lies a justifiable reason to classify nations for certain attributes. But the idea of a “third world” is disconcerting. There is only one world: a world with billions of people and superficially drawn borders that have overtime come to divide and define us. In my opinion, rhetoric on nation-states should be unifying rather than divisive—the opposite of emotions evoked from the term “third world.”

In the future, I will be even more vigilant about policing myself (and those around me) so we are all mindful of the terminology we use to describe that which is perceived as foreign, and question the narrative certain lingo perpetuates. One practice I hope to advocate more strongly for is the naming of specific countries, or group nations in question, by addressing their shared (relevant) attribute. For example, instead of talking about “third world countries” and global health concerns, the norm should be to specify “countries experiencing an HIV/AIDS epidemic.”

Lastly, though this may appear a juvenile point, I think it is important to remember that humankind exists on one shared world. The challenges some nations face are liabilities for all other nations, and so it is crucial that divisive and unfounded rhetoric is eliminated from modern vernacular. 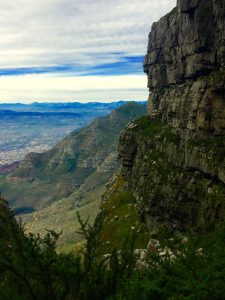 To my friend, under modern definitions of the term “third world country,” no, South Africa is not classified as so. And neither should any other country.

Political Science and Public Policy Studies double major from Virginia, interning at the Hate Crimes Working Group.
View all posts by Sabriyya →
This entry was posted in Sabriyya. Bookmark the permalink.