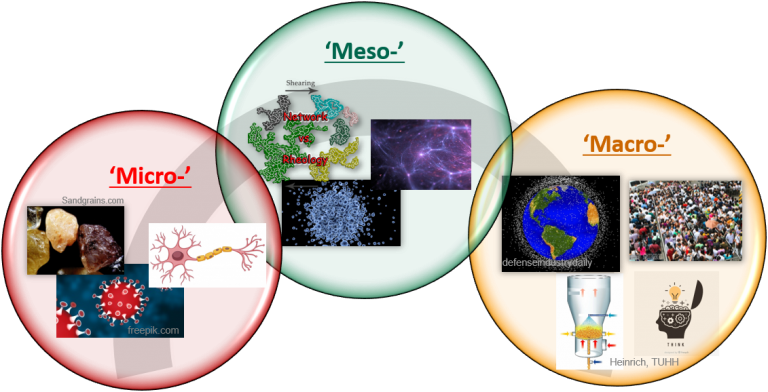 Scope of the symposium

We are living in a world with growing complexity and uncertainty. However, as stated in Daoism, complexity and simplicity are often accompanying with each other. Following this philosophy, we focus on the link between different scales in systems ranging from sand grains through neurons to biological objects and discuss how mathematical tools can be used to understand, predict, and design collective behavior in complex systems surrounding us.