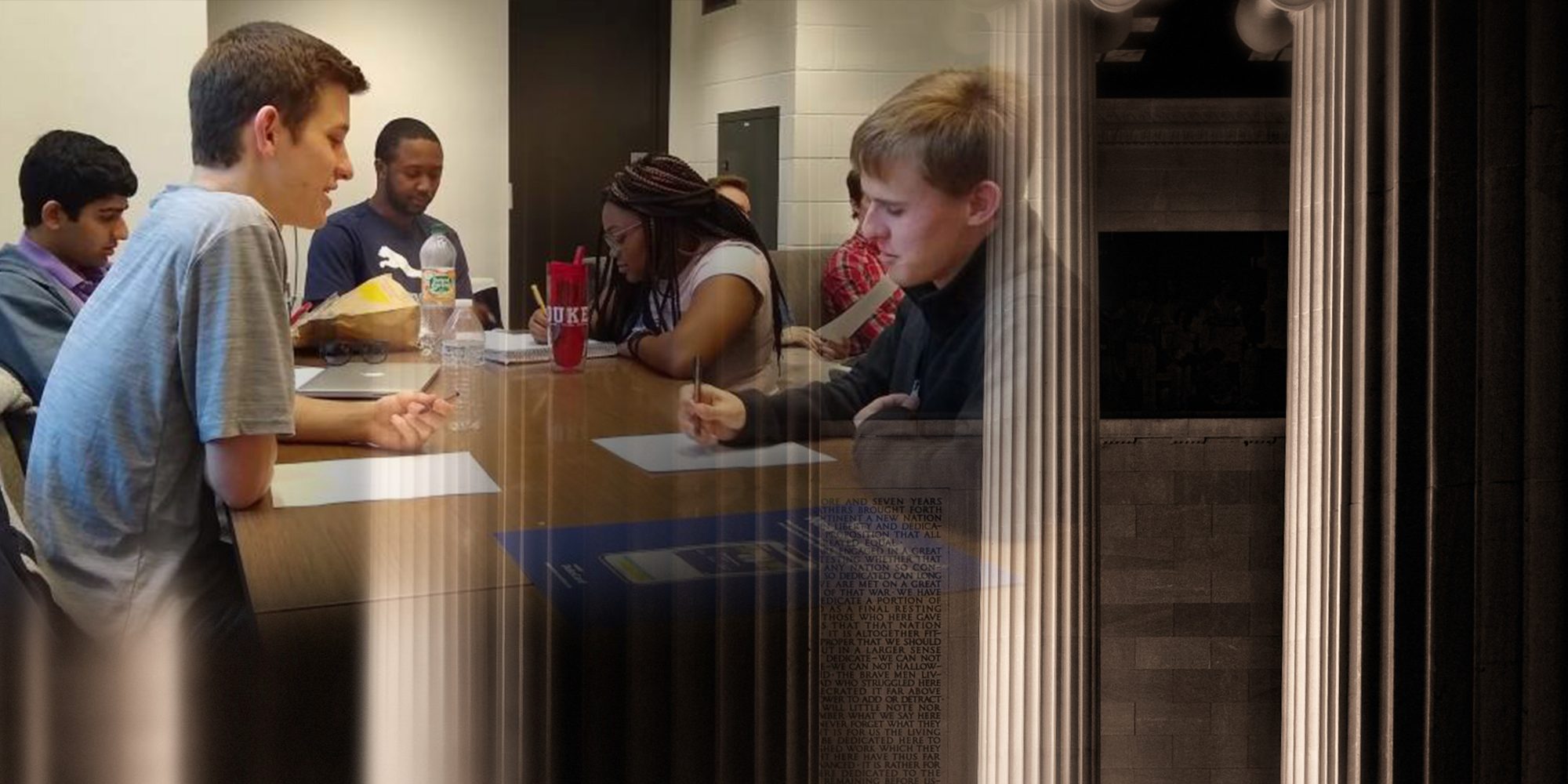 Every single day the participants in the Constitutional Convention compromised on something. They agreed that their own ideology was not as important as saving the country.Carol Berkin, Baruch College

As 2019 draws to a close, we would like to remember some of the highlights of the past semester.

On September 19, Presidential Professor of History Emerita of Baruch College Carol Berkin gave our annual Constitution Day lecture in the sanctuary of the Freeman Center for Jewish Life. In an engaging discussion of the Constitutional Convention, Professor Berkin challenged the popular belief that James Madison played the starring role at the 1787 convention that produced the Constitution. She argued that less well-known figures like Gouverneur Morris played a bigger role than is commonly acknowledged. Berkin also emphasized that—given significant disagreements among delegates to the convention— the success of the convention was by no means a forgone conclusion. The Constitution emerged only because participants were willing to put the good of the country over their own ideologies. “Every single day, the participants in the convention compromised on something,” she observed.

On October 3, AVI hosted a panel discussion that explored free speech on campus. Jacqueline Pfeffer Merrill of the Bipartisan Policy Center flew in from Washington D.C. to participate in the panel. She was joined by Duke Law Professor Jefferson Powell and  Nicole Ligon, who is the Supervising Attorney of the Duke First Amendment Clinic. While private universities like Duke are not legally required to protect free speech on campus, the panelists argued that tolerance for free speech—including speech that might be deemed offensive—creates a climate that facilitates inquiry into new ideas and prepares students for citizenship in a free society.

Along with the Kenan Institute for Ethics and the Department of Political Science, the Duke Program in American Values and Institutions was proud to co-sponsor “Ruth Grant: A Conference.” The day-long event, held on October 4, reflected on Professor Grant’s career upon her retirement from Duke last spring. Read more about the event here.

Students in the Visions of Freedom house course listen to Pamela Hawley talk about the key components of social change.

Look to the AVI calendar for information about spring events including our annual graduate conference in political theory.