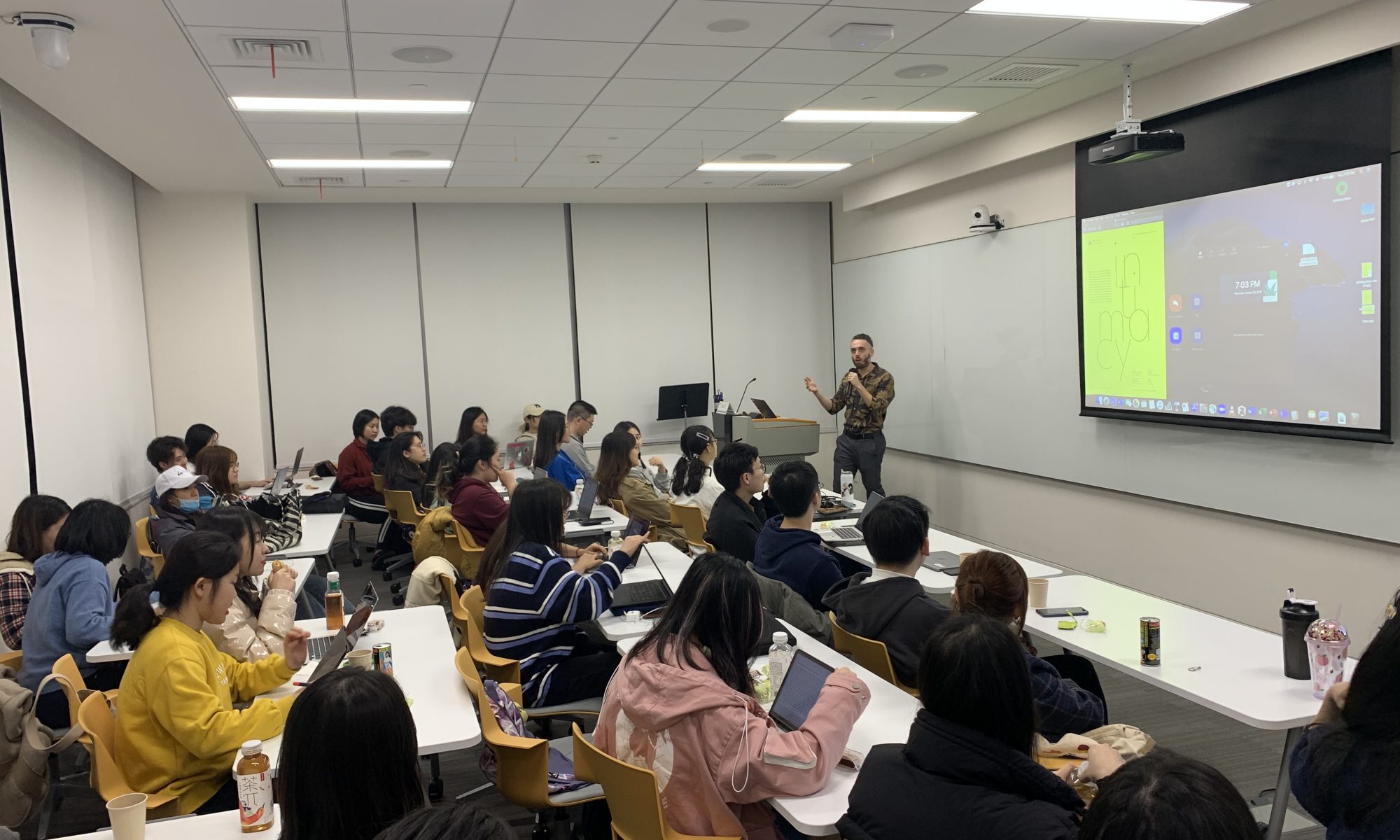 What does intimacy look like in a society where romantic interactions are so mediated by AI and dating apps? For the first workshop on intimacy, in a four-part series organized by the Thursday Night Tea Research Group, Dalia Othman discussed how some of these dating apps work, and what determines the connections they facilitate. Othman is the founder of Jeem.me, an Arabic language website that produces knowledge on gender, sex and sexuality beyond the mainstream, and her research interests encompass gender and technology, and online activism.

While we may be prone to thinking of online dating as a relatively new development, Othman highlighted how the first attempts to match humans through computers was in the 1960s. However, it was starting from the 2000s that these dating apps and sites took off along with the internet.

Over the past few decades, the number of people who have been meeting online has greatly risen in comparison to through their social circles. ‘Today there are millions of people who use these dating apps, and they’re in search for plenty of different things,’ Othman said, ‘But at the end of the day, it is really chiefly for emotional and physical connection.’

Some of us have probably tried out a variation, be it Tinder or Bumble or OkCupid. We probably don’t think too much of it as we swipe away, but give it a moment’s pause, and the question naturally arises- how exactly are these matches being made?

‘One basic way is through math!’ Othman pointed out, emphasizing the massive role data and algorithms play in making these matches. Sometimes, as on OkCupid, it may be on the basis of some questions that you answer that can help match you with someone with similar preferences. Or, it can be less transparent as in the case of Tinder, where matches are largely based on appearances, but no one quite knows how.

‘And so I asked myself, what does it mean for relationships and intimacy and connections that were calculated through algorithms?’ Othman pointed out how the anonymity afforded by dating apps changes human behaviors in subtle ways since there really is no accountability. Maybe a user will find themselves representing themselves a little dishonestly, because of how appearance-oriented apps become a source of validation. The visual begins to trump all other characteristics, such as interests and career, people might have based their choices on. Or they will find themselves ‘ghosting’ their matches, something that would not be as easy to do if the relationship were not purely mediated by such virtual platforms. 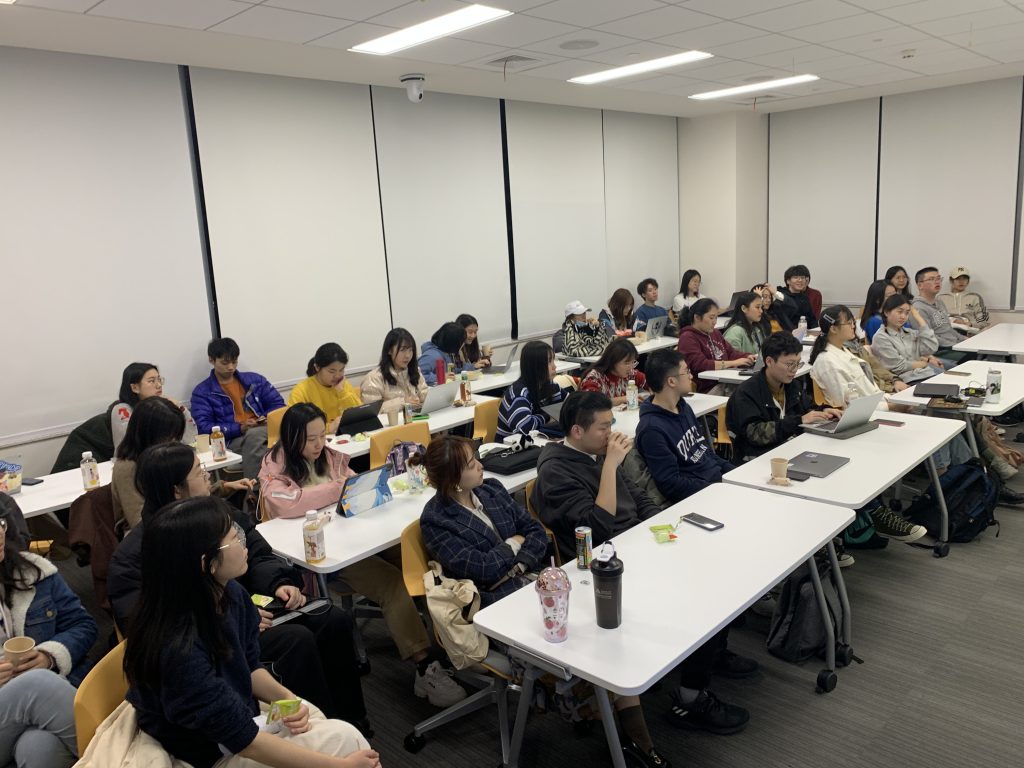 Almost everyone who has tried a swiping hand at these applications usually has at least one horror story about a date that went really wrong. And in most cases even if these dates are not terrible, Othman pointed out how the frequency of successful matches tends to be quite low. ‘So why do we keep using them?’

While these apps usually attempt to sell a larger narrative about helping you find true love, they also allow some wiggle room for capitalism to insert itself in new ways into human relationships. Othman pointed out how social and romantic connections are largely gamified when they occur through applications designed to maximize the time the user spends on them. The bright colors, dopamine-inducing sounds and endless notifications keep pulling back users. Usually, the ultimate goal is to convince the user to purchase some kind of a premium version of the application. Or, there is some sneaking way of ads based on data that is harvested from the users. That’s how today, the online dating market values at about $3 billion.

‘I want to highlight the issue of data privacy because I’m from a digital rights background and privacy is a very critical thing for me,’ Othman said, expanding on what she thought were some of the deeper implications of using these apps. Users release control of not just basic information but more intimate details, such as answers about your political information you might give up to an OkCupid questionnaire. There have been cases where very personal details have been leaked to the detriment of users. Othman highlighted how these breaches have violated extremely personal information, once even targeting a group of HIV positive individuals.

‘But not all is bad with dating apps,’ Othman said, reminding the audience of how they have allowed people to expand their social circles and opened horizons to new romantic possibilities by introducing us to different personalities and sexualities. And as has been highlighted by this pandemic, ‘They have also offered a space for people to meet when public space for dating is not available.’ Based on her work in the Middle East, where LGBT groups can be vulnerable, apps have allowed many individuals a place where people can find a community.

‘The virtual becomes a refuge, and we cannot underestimate the role dating apps are playing, especially as we seek to replenish our romantic and sexual needs.’ Othman pointed out how as much of the world went into lockdown in March, there was a definite uptick in the use of these dating apps globally. The extended physical and social isolation many of us have experienced during the pandemic will probably leave some lasting psychological impact we are yet to know.

‘We are always in a constant search for intimacy,’ Othman said, highlighting how as humans we crave emotional and physical connections. When the possibilities of finding these connections shrink in the public space, many people find a refuge in the virtual world. There is a definite weighing of the risks and rewards of using such apps, but when in a dearth of such possibilities, maybe people are more willing to face the risks to fulfill these very basic needs. While we should continue thinking about the impact these affordances have on our dating habits and behaviors, perhaps it is not too bad to swipe a couple of times to see if they yield something good for us.