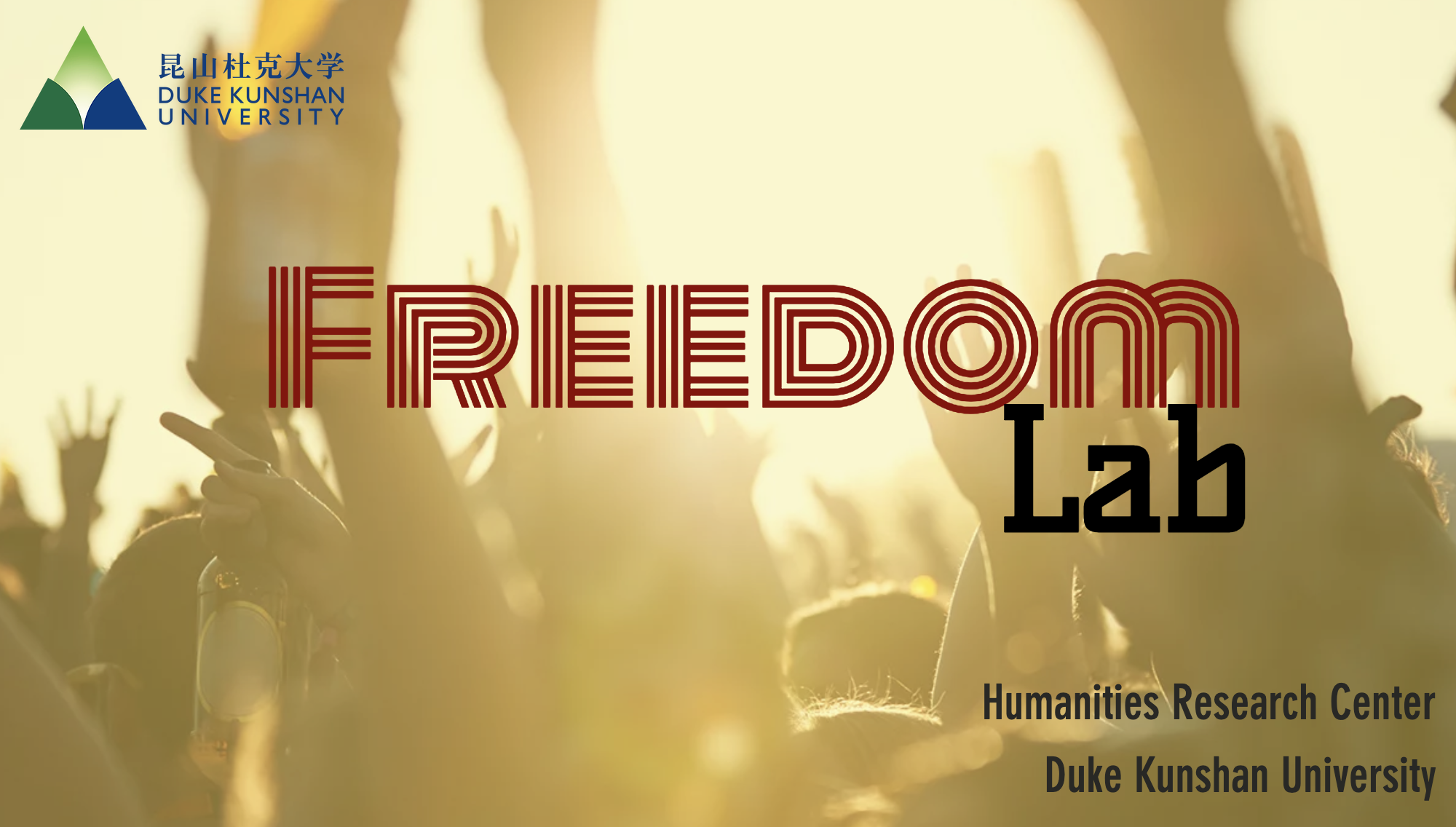 The Freedom Lab held its launch event on March 26th, organized by the co-directors of the Lab, Professor Selina Lai-Henderson and Professor Jesse Olsavsky. Due to the COVID-19 epidemic, this event was organized as an online meeting through Zoom. Around 60 students and faculty attended.

The Freedom Lab is a research lab attached to the Humanities Research Center at Duke Kunshan University. The aim of the lab is to “explore notions of freedom/un-freedom, their varied manifestations, and the intricate relations between them.” The lab provides opportunities for students at DKU to work as research assistants and develop scholarly research skills.

The launch event began with a short video in which students shared their perspectives on the concept of freedom. Perspectives varied, from the rights to vote, the liberty of public speech, to the ability of doing whatever one likes. Following the video, professors and students affiliated with the Lab unveiled their diverse research projects related to the idea of freedom. Prof. Lai-Henderson, with the help of student-researchers, Shi Ting Wang and Honey Huang, is working on the Chinese reception and translation of African American literature in 20th-century China. Prof. Olsavsky is working on histories of the Haitian Revolution written by American antislavery activists. Partnered with student-researchers, Yue Qiu and Henry Stevens, Olsavsky plans to edit an anthology of these writings. Professor Qian Zhu will be exploring leftist literature on the enlightenment movement in early 20th century China. Her student assistants are Qingyi Yin and Xueyi Liu. Professor Bryce Beemer will be examining the Buddhist temple slavery in the transition from the 19th and 20th century. He will be working with Thanaporn Thongthum and Jack Hun.

The launch concluded with a keynote speech by distinguished guest speaker Professor Geoffrey Harpham, from Duke University, on the topic of “Freedom and the Character of Scholarship.” He discussed the definition of scholarly freedom using the example of the famous African American scholar W.E.B. DuBois. He spoke of DuBois’s study experience at Harvard University and Berlin University, learning to be a scholar. W.E.B. DuBois devoted his life to working for the liberation of African American people. He published many works to find the causes the inequality of minority groups in the United States and promoted the freedom of those minorities. Other guests attending the launch event were the Co-Director of Humanities Research Center Professor James Miller, as well as the Freedom Lab’s affiliated faculty, Professors Titas Chakraborty and Emily McWilliams.

The Freedom Lab will be organizing several exciting events during year 2020. On April 13th, the lab will hold a discussion on Gandhi, Vegetarianism, and Culinary Cosmopolitanism, which is given by Professor Nico Slate from Carnegie Mellon University. There will also be a photo-exhibition event in October 2020, as well as a series of guest speakers from across the world. Students from a wide range of academic majors and interests can also present research papers or artworks on the topic of freedom at the year-end symposium of the Freedom Lab. Hopefully the Freedom Lab will initiate more research projects and organize more scholarly lectures in the future, in order to create a dense academic atmosphere at DKU.