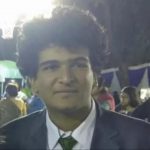 In Session 1 of the Fall 2020 semester, Aryan finished an independent study focused on Deep Learning. The core content of the study was completed through the Deep Learning Specialization offered by Coursera that covered the structuring and fine-tuning of deep neural networks with emphases on convolutional neural networks and recurrent neural networks.

Here is a non-technical summary of his project: Bollywood Music Generation Summary. Here is a youtube clip generated from the neural network trained on 71 Bollywood Songs.

In the Fall 2019 semester, Ege co-wrote a response to an article on technologies controlled via brain-computer interfaces (BCIs) where he argued, based on philosophical and scientific reasons, against a qualitative distinction between conventional action and BCI-mediated action that results in a distinction in moral responsibility. Their paper was published in the American Journal of Bioethics: Neuroscience. 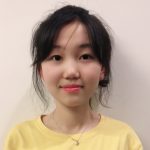 In the Spring 2019 semester, Runya finished an independent study focused on Lethal Autonomous Weapons. The core content of the study was completed through a critical reading of Paul Scharre’s book, Army of None, that culminated in a book review that was published in the Journal of Military Ethics.