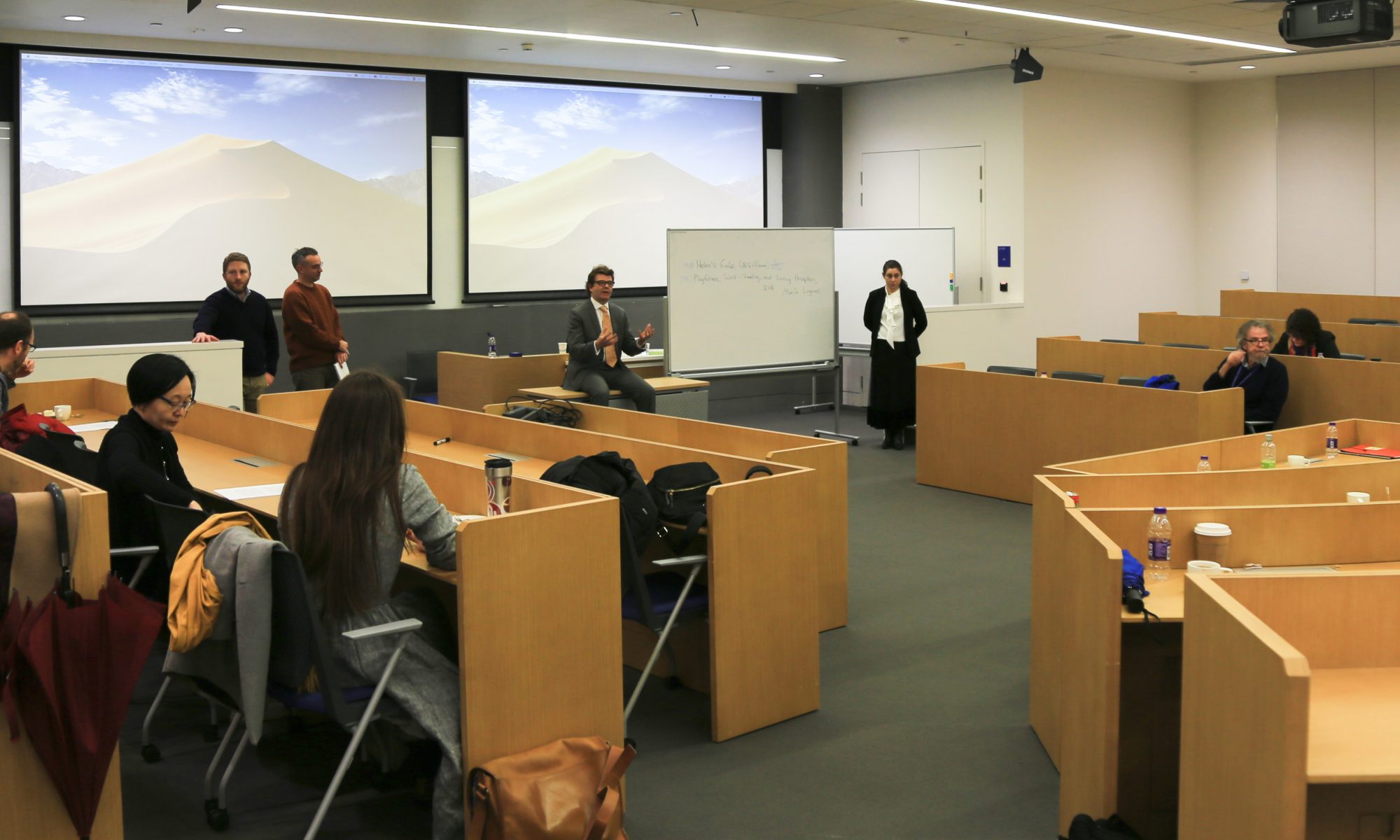 The Challenge of Cross-cultural Engagement

A key challenge in joint venture universities is that of creating a culture of engagement in which students from diverse cultural and linguistic backgrounds are able to work together across cultural and linguistic divides. This is difficult for at least two reasons. The first is that in an institution such as Duke Kunshan University, foreign students have to live and work in an alien cultural and linguistic environment. This means that they are deprived of many comforts of their home and are constantly forced to confront the strangeness of their new cultural situation. But the same is true for the mainland Chinese students who, though still living in their homeland, have to navigate and educational culture that is quite different from what they are used to, and to work in a language that is not native to them. Each group of students has to live and work to some extent against the grain, that is, against the patterns and habits that have enabled them to be successful thus far.

From a Confucian perspective, one chief function of culture is to maximize the efficiency and virtue of interpersonal relationships. Ritual conventions such as smiles, handshakes, or bows are highly efficient ways to communicate meaning to another. They are, in effect, mental subroutines that encode a great deal of information in a small gesture. In any complex cultural context, individuals are socialized into a wide range of gestures and habits that facilitate the smooth communication among all the individuals, effectively making the sum total of the institution greater than the sum of its parts. What makes a cross-cultural environment challenging is that individuals find that the cultural background that they now inhabit, far from facilitating smooth cultural interactions among each other, is in fact rendered unfamiliar. Culture starts to function opposite to how they have previously experienced it. Where home, family, language and nation once provided the means for flourishing and growth, now the cultural context of the cross-cultural university, where students live, work and play together does not immediately facilitate easy growth.

In a context of cultural unfamiliarity, miscommunication is easy, and simple tasks become challenging obstacles that must be overcome. This is not simply a matter of functioning in  a different language. It is a matter of functioning in a cultural environment whose language not only is not thoroughly known and digested by the various participants, but in the case of our university, not even fully formed. Indeed the promise of “making an institution” is precisely what drew many students and faculty to work at the university in the first place. In so doing we are committed not just to the task of learning a new cultural language but actually forging one together.

To help analyze this problem and think through solutions to it, the Humanities Research Center organized a workshop on Philosophy and Pedagogy. The question investigated through the workshop was whether learning philosophy in a cross-cultural context can in fact help students be more at ease in their new-found cross-cultural environment.

Our invited guest speaker was Andrew Irvine, a Professor of Philosophy at Maryville College with many years of experience guiding students through cross-cultural learning encounters. A key take-away from his opening address was that the role of the teacher in such a situation is that of encouragement, meaning literally giving students courage to engage in a situation or context that they are unfamiliar with. The emphasis on courage resonates well with my experience of teaching in China. Being in a cross-cultural learning situation is difficult. It is all too easy to fall back into one’s cultural “tribe” in order to alleviate the mental and psychic pressures of operating in an environment where the experience of culture is that it works against its normal practice of facilitating interactions. In such situations it is easy to retire to one’s room, put on the headphones and listen to the music that one is familiar with.

But how exactly should we as professors encourage, or give courage to students?. All the professors agreed that it was vital for students to be given the opportunity to work in multi-cultural teams. Groups in classes should not be self-selecting. Rather the professor should carefully select the teams in classes to ensure a mix of cultural and academic competencies. All classes should help students become more familiar with working with students across cultures so that they themselves create the habits of interaction and patterns of engagement that enable cross-cultural interactions to take place.

How exactly should that engagement take place in the learning context? In the context of teaching Chinese philosophy a common assumption may be that Chinese students have more background knowledge, and more cultural familiarity than the non-Chinese students. In such a situation it would be important to make sure that the cross-cultural interactions do not reinforce the default assumptions that just because someone is of a particular culture they have a deeply privileged insight into that culture’s philosophical traditions. If that were to happen, the fact of studying philosophy in a cross-cultural context could at worst reinforce the barriers between cultures. Chinese students would discover that their interpretations of Chinese philosophy are somehow incommensurable with those of their non-Chinese counterparts. In such a context the cross-cultural learning would in fact do the opposite of what it set out to do.

The first move in a cross-cultural learning situation is thus for students to unlearn the assumption that cultural intimacy affords them a privileged window onto philosophical tradition. This can be achieved by teaching texts and concepts that both conform to cultural assumptions about who or what Ru-ist or Daoist philosophy is; and secondly by simultaneously teaching texts that go against widespread cultural assumptions. In such a way, the first step is for those who presume a cultural intimacy to become aware that their cultural intimacy does not necessarily afford them the “leg-up” that they might presume. Secondly, for those who presume that their cultural background is not that of intimacy with the texts, the exercise can help them to see that cultural difference is not the determining factor in who knows what about a classic philosophical text.

Having achieved a relative degree of “unlearning” the second goal is to devise an assignment that requires students from different cultures to work together to achieve. One example might be discussing the correct translation for a short sentence of Daoist philosophy. This would involve Chinese students debating among themselves and explaining to the non-Chinese students the specific meanings of a concept such as Qi or Dao. It would also involve the non-Chinese students debating the meanings of the English equivalents, such as “energy” or “path.” As a result both groups of students are forced to work with and learn from each other to accomplish a task that neither group could achieve on its own.

To analyze this exercise from the point of view of Confucian ritual theory, is to note that pedagogy is about creating artificial rituals of engagement that facilitate individual and social transformation. In so doing the learning activity creates new scripts of engagement that the students can then transfer to  their activities outside the classroom. Similar to learning to play a string quartet together, students must learn their own lines first, but then they may have to unlearn how they think a line should be played when heard from the perspective of the quartet. By negotiating among the team, individuals learn how to both make their own voice heard but also in some sense blend with the others not to create a mediocre melange, but a harmony that is greater than the sum of its parts.

This pattern of unlearning cultural assumptions and creating new ritual codes of cross-cultural engagement is precisely the process by which various constituencies of an institution learn how to maintain their cultural identities while at the same time forging new patterns of engagement. To do so is to enact the DKU animating principle of “rooted globalism.” But this cannot be enacted without creating the ritual codes that enable such engagement to take place.

The American conductor Daniel Barenboim realized precisely this when he set up his East-West Orchestra that recruits Israeli and Palestinian musicians to make music together. In so doing the orchestra is creating a way for people to unlearn their cultural assumptions and work together on a joint project. A similar project could also be undertake in the arena of sports.

A number of key takeaways arise from this Confucian analysis of the problem of creating new rituals of cross-cultural engagement.