The Covid-19 pandemic upturned many plans, one of them being Duke Kunshan University’s second Humanities Research Conference, initially scheduled for the Spring of 2020. Rescheduled for the fall of 2020, the Hum/Animal themed Humanities Research Conference was finally held over the weekend of September 18th, 2020. Thanks to the affordances of modern technology and the power of the internet, the conference saw undergraduate students, faculty and scholars from China and around the world.

‘We often significantly overestimate the likelihood of favorable currencies like winning the lottery, and underestimate the likelihood of relatively unlikely occurrences like unexpected accidents and crises,’ Professor Carlos Rojas, co-director of the Humanities Research Center remarked in his opening speech for the conference, zooming in from North Carolina. And indeed, no one could have predicted the way the covid-19 pandemic has shaken the world. Professor Rojas remarked on how relevant the theme of the conference- Hum/animal- was, given how the covid-19 is a zoonotic virus.

‘We now host a new actor in our collective biomic existence,’ Vice Chancellor Maceachern also talked about how the pandemic has shaken our lives as we attend ‘zoomified’ versions of events and try to bring our global social experiences together. Chancellor Maceachern also remarked on how this is an interesting time to have a conference that explores the theme of humans and animals.

Drawing on examples such as the Lion Man figurine, one of the oldest idolized depictions made by humans, Chancellor Maceachern pointed out how our earliest imaginations from even 38,000 years ago were permeated with questions about the relationship between humans and animals. And, as pointed out by the pandemic, it is still a very relevant thing to contemplate. ‘Looking forward at what post-human or human technological meaning-making will look like, these sorts of definitions and the questioning around them has always been fundamental to our species’ existence.’

Oron Catts, the first keynote lecturer for the weekend, presents an intersection of the different areas the HRC tries to cover when hosting speakers. As Professor Rojas pointed out, Catts has done academic research which he reflects in his artwork which also functions as political activism. Catts, an artist and designer based in Australia, is the co-founder of SymbioticA, a biological art research center.

Catts talked about the concept of ‘neolifism’- the idea of ‘fetishizing technological approaches to life, as if they are overtaking life itself.’ Catts tied this to how biology is increasingly becoming a prescriptive rather than descriptive science, with a lot of focus on engineering new solutions. But when this ties into how we approach production and the industry, it becomes a bit problematic. A technology becomes more sentient and we keep discovering and making new forms of life that do not fit our previous scientific and cultural understandings of life.

Catts pointed out this is where the need for the humanities, which has disciplines that can help us think through forms of lives that can seem more liminal. Catts pointed out how in the early days of when incubators were invented, they were actually, literally a thing of circuses. Completely removed from the concept of life or technology because the idea itself was too novel, the children were described as ‘freaks’. Catts showed how when ‘new’ life is found or life is formed into new contexts, the way we think of it may not necessarily align with a reality of the situation. When life that defy our prior expectations of living beings- from reproduction, sec and gender to even individuality- the humanities can help us by adding to the conversation about where and how these life-forms exist. 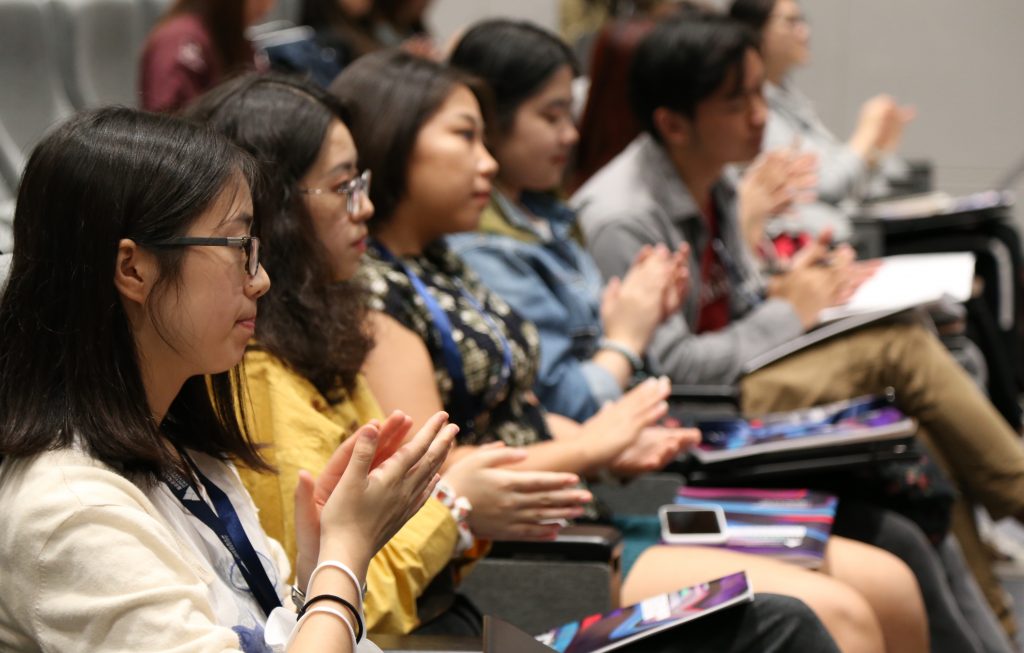 Presenting examples of his own art, such as a tiny, living, leather coat grown into its own life-support system, Catts pointed out how thinking deeply enough about these relationships can upend our preconceptions about life. When the coat grew too big for the life-support system, the curator of the piece had to turn off the life support, and expressed guilt at how the action made her feel cruel. But it was just a leather coat!

An interesting question raised after Catts’ lecture was about the ethics of laboratory grown meat. Given cultural differences in how different people and religions approach the ethics of meat eating, how can we approach lab-grown meat? Catts was of the opinion that this just just creates a new class of entities that are still going to be exploited. Tissue cultures are still a form of life, Catts stated. ‘We shouldn’t think of life as an extractable source because that is how we will end up treating ourselves,’ he said gravely. 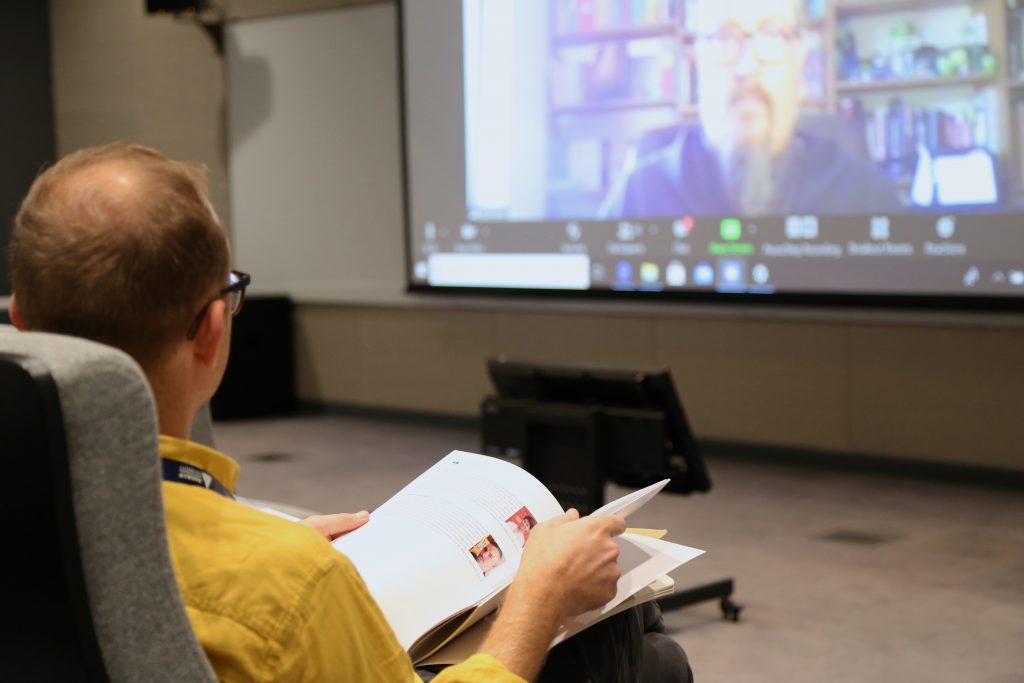 According to Catts, the truly ethical solution would just be to reduce the consumption of meat, since many societies have shown us that it is possible to sustain human life without eating meat. Approaching tissue culture as a solution to the ethical problem of meat consumption, Catts suggested, is a neoliberal solution. ‘We want to have our cake and eat it too,’ Catts said of the idea that lab-grown meat could reduce the harms caused on animal life. Catts pointed out that since lab-grown meat would still come with technological issues, issues of waste-management, and treating the meat so that it is fit for consumption, outsourcing the problem to technology is not a fruitful or an ethical solution.

Carlos Rojas, co-director of the Humanities Research Center, wrapped up the lecture with an important question- given that Catts can also approach his work as academic research or written work, why does he choose art in particular as his medium?

‘Art is how you think about problems,’ Catts pointed out. Catts said that art gives many different ways to make answers and knowledge that cannot be replicated by other forms, and approaching the subjects he is interested in from the lens of engineering was not necessarily what he wanted to do. And so, he chose art as his medium, where he could come together with other misfits to think about problems in ways that wouldn’t not be afforded by other media.