The third keynote lecture for the Duke Kunshan Humanities Fall Conference 2020: Hum/Animal, was led by Professor Carmen Tong, the Lecturer in Sociology at Hong Kong University. Her research expertise lies in the sociological and ethnographic investigation of schooling and student culture in Hong Kong, while her recent research has been inspired by the rapidly growing field of human-animal studies and their potential contribution to sociological inquiries, relating back to her keynote lecture: A New Reality? Human-Animal Relationships in a Posthumanistic Future.

Professor Tong began her talk discussing the environmental phenomena and crises that Earth is currently experiencing and gives an example of the two major nuclear accidents that have occurred in the past century i.e. the Chernobyl explosion and Japan’s Fukushima incident. The significance of such events lies in their consequences which are still being dealt with. Professor Tong gave the example of Japan planning to dump over a million tons of radioactive water into the sea from the Fukushima power plant., highlighting the fact that while the public believes these accidents and their subsequent consequences to be dealt with, the effects of such accidents are long-term with the capacity to wreak havoc on the natural world. Moreover, the frequency of extreme weather conditions is increasing globally, with more tsunamis, hurricanes, and wildfires, which link back to climate change. Furthermore, Professor Tong highlights the emergence of new diseases such as Ebola, SARS, and of course, Covid-19, that affect humanity specifically, emphasizing on the need to adjust to the new normal and its harsh realities.

Professor Tong moved on to discuss the unique characteristics of the crises that the human world currently faces, utilizing the work of contemporary sociologist Ulrich Beck. According to Beck, risks have always been present in the human world, in the form of famine, floods, droughts, tornadoes, etc. Such naturally occurring events are termed as natural risks. However, the crises and the environmental phenomena she discussed previously, are not natural. Rather, Beck describes them as manufactured risk, which have evolved as a result of humanity’s social, scientific and technological development, whereby humans have been unable to recognize the risks involved in continuing their own activities, thus, resulting in situations where almost the entirety of the planet is affected. Perhaps no term encompasses the serious nature and extent of the crises that the planet is facing as well as the notion of the ‘Anthropocene’ which refers to the age of humans. This term was coined in 2000, stressing the need for new strategies to sustain the workings of the natural world which human-induced stress is disrupting so effectively. The fact that human-induced development was marked as a new geological epoch, illustrates the rate and scale at which humans were affecting change in the environmental system. In our quest for industrialization, sustenance, and growth, we continue to pump fossil fuels into the atmosphere, engage in large-scale deforestation and overfish the oceans.

Professor Tong, then moved onto the notion of sustainability and sustainable development, which have been posed as the solution to climate change and its consequences for many years. She defines sustainability as the ability of a given ecosystem to maintain its essential functions and processes over time, making sure that adequate resources are left for the future generations. Professor Tong brings up two questions regarding sustainability that she would like to discuss. The first of which is, is sustainability enough? The second question regarding this notion is, sustainable for whom?

Professor Tong’s answer to the first question is remarkably straightforward. No. She does not believe sustainability to be enough to counter the effects of climate change. The reason for that is, while there are entire sections of eco-friendly goods in our supermarkets, our consumerist behavior has not changed. Therefore, while the availability and usage of such eco-friendly products is continuously increasing, it does not seem to reduce either the scale or rate of our consumption and production habits. Moving on, she posits that the answer to her second question: sustainability for whom, can be found once we examine the United Nations Sustainability Development Goals (SDGs). Professor Tong points out that the goals in the SDGs emphasize human development and the survival of future human generations, making those goals highly anthropocentric, disregarding the needs of the animal world and nature. This relates back to the concepts of anthropocentrism and human exceptionalism, whereby human beings are thought to be the most significant entity in the universe, and thus, unique and superior to nature. This understanding is based on the dichotomous notion of man vs nature, through which humans are seen as standing outside of nature in order to justify our control and exploitation of natural resources. This perception has been propagated by a long line of western philosophers such as Aristotle, Descartes, and Kant, who see animals as beings which do not possess consciousness, as ‘biological machines’ which react purely out of instinct since they lack the capacity of thought, and moreover, as beings which have no moral standing since they lack the ability to make rational moral choices. According to Professor Tong, this is one branch of philosophical thinking regarding human-animal relationships, but it heavily informs the way humanity treats animals as a whole and provides justification to our continued exploitation of natural resources. 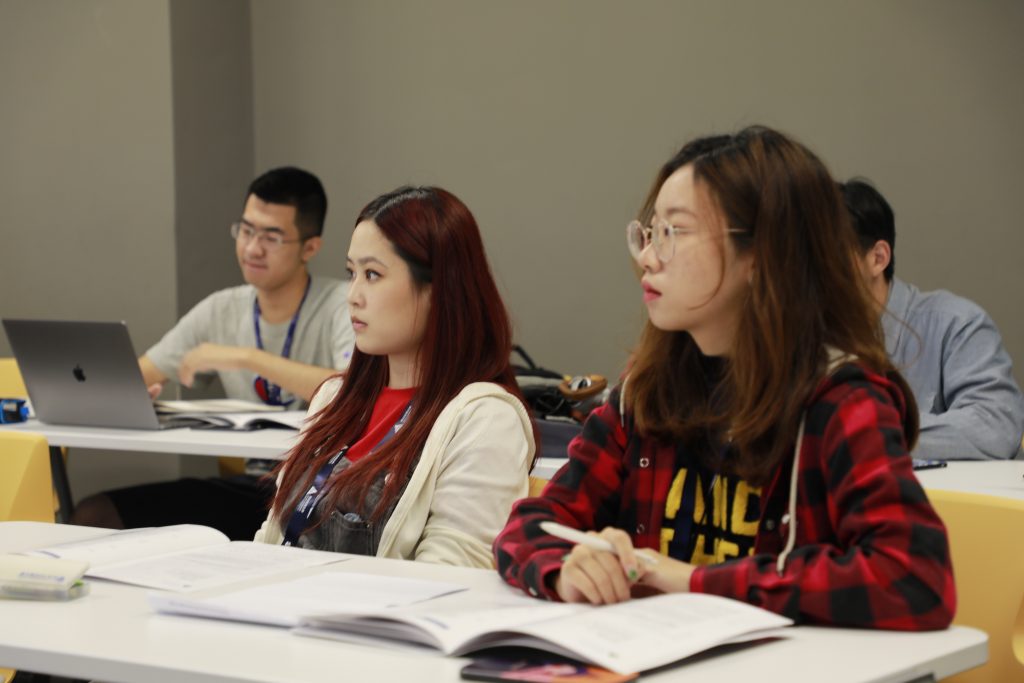 The other side of the debate is that animals are sentient beings capable of communication, possessing varying levels of consciousness. One famous quote by philosopher Jeremy Bentham is “the question is not, Can they reason? nor, Can they talk? but, Can they suffer?”. Other philosophers such as Peter Singer utilize utilitarian principles, comparing the interests of human and animals, to postulate that there should exist equal interests in moral decisions irrespective of species, arguing that humans eating meat purely for pleasure is unjustified, keeping in mind the fact that huge numbers animals are brutalized in factory farms. Other animal philosophers such as Regan argue that animals are ‘subjects of a life’ and thus, have an intrinsic right to exist. Moving on, Professor Tong uses the notion of “umwelt” of other beings, which refers to the distinct reality faced by a different organism. She gives the example of a dog’s sense of smell, a cat’s night vision, a whale’s sonar navigation system, highlighting the difference in realities experienced by different species. Therefore, by what justification do humans rank themselves as the most unique keeping in mind the notion of distinct realities?

According to Professor Tong, the environmental view is that human beings can be more sustainable if we eat less meat, which is true, since greenhouse gas emissions released by both animals and factory processes would reduce, less land would be cleared for grazing, while reforestation efforts could also take place. However, this disregards the fact that animals will still be mistreated in factory farms, although in lower numbers. This brings up the notion of sustainable posthumanities, which examines models of co-existence with other species and the natural world. One model is that of de-growth, which refers to a downscale in human production, reducing overexploitation of natural resources. Professor Tong postulates that for human beings to be supportive rather than destructive to nature, humans need to situate themselves in the natural world rather than outside of it and recognize our relationship to natural resources rather than placing ourselves above them. She concludes by arguing for a reshaping of human consciousness, of the current hierarchy of beings, and of humanity’s relationship with the natural world.