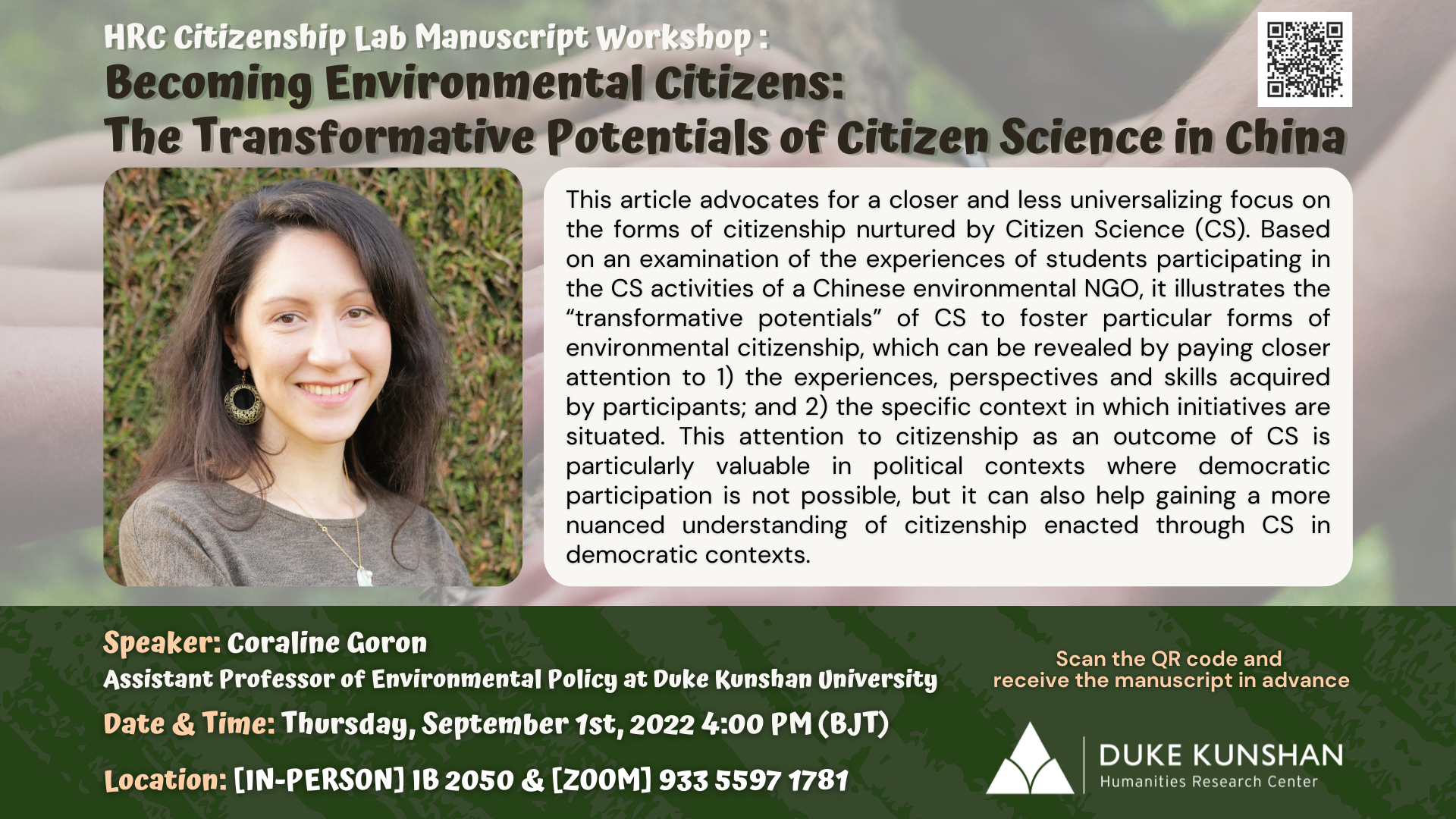 The manuscript is co-authored by Coraline Goron, Anna Lora-Wainwright & Shuling Huang. Due to time difference, Professor Goron will be presenting.)

This article advocates for a closer and less universalizing focus on the forms of citizenship nurtured by Citizen Science (CS). It suggests that evaluations of CS on the basis of the level of citizens’ participation risk glossing over complexities and taking particular citizenship arrangements, which do not exist everywhere, as a precondition for the production of a more democratic and participatory form of science. It introduces the concept of transformative potentials to explore the ways in which Citizen Science (CS) fosters particular forms of environmental citizenship. It argues that such transformative potentials may be revealed by paying closer attention to 1) the experiences, perspectives and skills acquired by participants; and 2) the specific context in which initiatives are situated. Based on an examination of the experiences of students participating in the CS activities of a Chinese environmental NGO , this article illustrates how their participation holds transformative potentials to 1) develop environmental awareness and values; 2) acquire environmental activism skills; 3) learn about the context of water pollution problems; and 4) learn to adapt to limitations engendered by their position and local and national contexts. This attention to citizenship as an outcome of CS is particularly valuable in political contexts where democratic participation is not a viable option. But the focus on the experience of participants and the context of CS activities which is required for understanding emergent forms of citizenship is equally important for gaining a more nuanced understanding of citizenship as it is enacted through CS in democratic contexts.

Coraline Goron is an Assistant Professor of Environmental Policy at Duke Kunshan University and a political scientist. Her current research includes an investigation of the “citizenship” aspect of “citizen science” projects, particularly those that involve young people. More generally, her research explores how lay participation in knowledge production (whether in environmental science or environmental governance) contributes to the formation of citizenship consciousness and shapes citizenship practices beyond the formal institutions of citizenship, particularly in non-democratic contexts like China.