The HRC Labs & Student Research Projects presentations were held on November 12, 2021, at the Lecture Hall in the Innovation Building. The purpose of the event was to show the research work of the labs of the Humanities Research Center, especially featuring the outcome of student researchers and student-led projects. Due to travel restrictions, the speakers joined the event both in-person and online. All the projects were founded by HRC, the SELF (Student Experimental Learning Fellowship) program, and/or the SRS (Summer Research Scholar) project. Also, many of the programs are products or period products of students’ Signature Work. 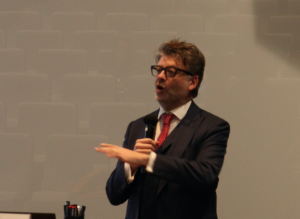 At first, Prof. James Miller, one of the Co-Directors of the Humanities Research Center gave a short introduction to the upcoming seminars, emphasizing the student researchers who joined the seminar as speakers. 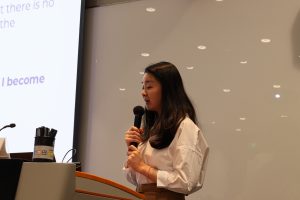 The Third Space Lab session was led by three student researchers, Chunyuan Sheng, Aya Lahlou, and Hong Pham. Their work, Transformative Learning and Conflict Resolution in International Education focused on communication issues in international and cross-cultural communications. Students gathered stories of other students who entered in a translingual and intercultural environment. 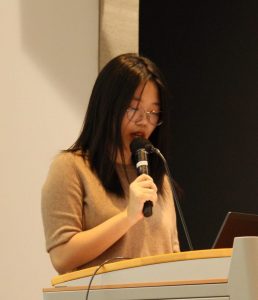 The Shanghai Jewish Refugee Project, presented by Leiyuan Tian and conducted together with students, shed light on the Jewish refugee community during WWII in Shanghai, investigating complex relations between refugees, local residence, and the Japanese Shanghai regime. Under the project, there is a small program called The Voice of an Artist: David Ludwig Bloch. This study focuses on the life of Jewish refugees in Shanghai during World War II and the city as a whole through an analysis of the artists’ prints. 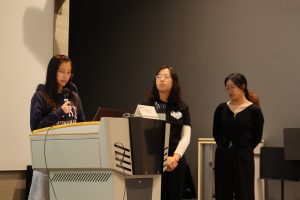 The following Health Humanities Lab session, led by Professors Benjamin Anderson, Kyle Fruh, and Kaley Clements, includes two student projects. The first program Displacement, Coping and Mental Distress, led by Ethiopian junior, Mia Mamo, and supervised by Prof. Irina Soboleva, was about mental programing in the southwest regions in Ethiopia, trying to discover how communities in low- and middle-income countries respond to and cope with conflict. Another group of students was introduced later with their MediHealth Podcast. The Podcast aims to promote health knowledge by inviting medical industry insiders as guests to share their professionals through podcasts. A wide student body is also included in producing the podcast. Beyond the podcasts, they also held exhibitions and other events to spread the knowledge. 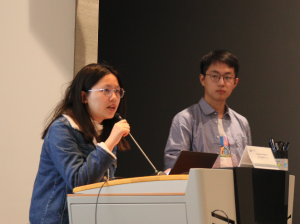 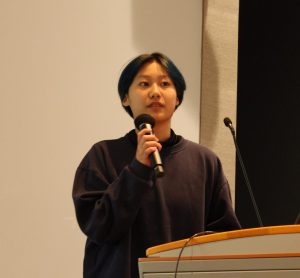 PETAL Lab brought their brand-new initiative, the Planet-X Video Game. By creating a virtual threatened “planet” as social background, the researchers want to include a real person as a player to mimic international political gambling. Although the video game is still a work-in-progress, the researchers believed that it would become a useful tool for sociology studies. Moreover, the PETAL Lab brought “‘Smart Phone Reach Consciousness’: Thought Experiments and Interactive Games Aimed at Stepping Out From Limited Human Perspectives,” which is also looking to do thought experiments through an interactive game approach. 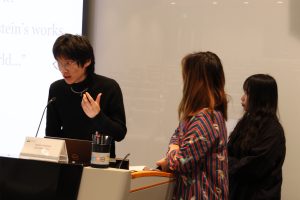 The last presentation was brought by Zairong Xiang and his student team about the Bird Collision Prevention Project Art Program. Inspired by DKU Bird Collision Prevention Project, the team wants to raise awareness on the bird collision issue and show the dilemma birds reside in urban areas facing by multiple media. Student presenters gave a live performance of their original music created for the program on-site. In the future, the team planned to perform in Kunshan, Shanghai, and Suzhou.

This event appreciates the intelligence and innovation of DKU undergraduate students as future researchers in various research fields. The results shown are enough to prove that DKU students could conduct humanities study and produce a significant outcome.