Yu WANG, Assistant Professor of Sociology is scheduled to give a seminar to introduce her research concept in December (see below). Please email fx28@duke.edu if you want to get the Zoom link. 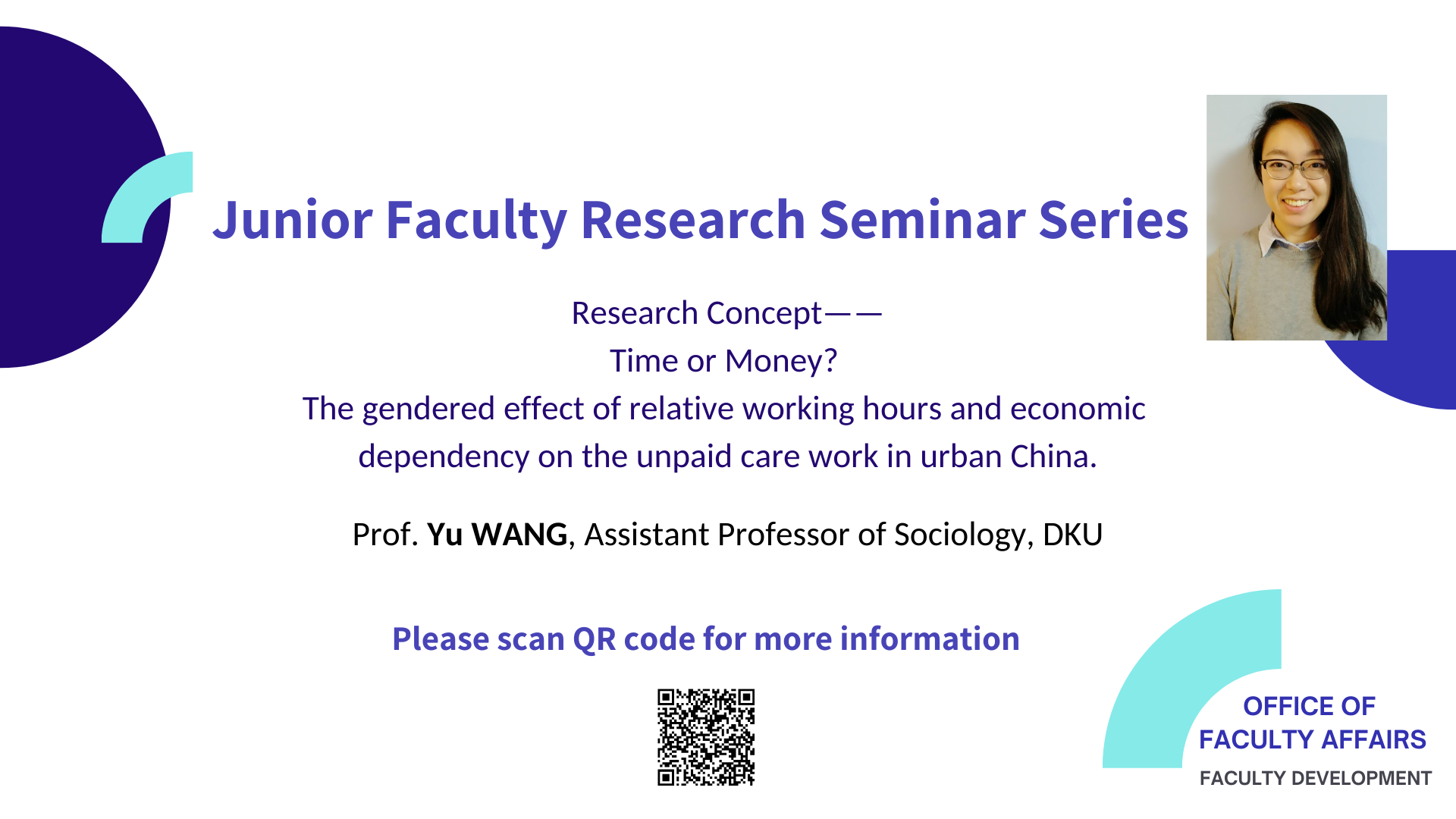 Title: Time or Money? The gendered effect of relative working hours and economic dependency on the unpaid care work in urban China.

Unpaid care work in the private sphere remains to be gendered, with women spending more hours in care work than men. The conventional economic dependency perspective attributes this gender difference in unpaid care work to the exchange between the husband’s income and wife’s performance of care work, revealing the specialization nature of the family. Some other explanations supplement the dependency perspective with the time availability approach highlighting a barter of time between spouses rather than economic resources. Though clearly stated, previous research focused on how work hours reduce individual’s care work, failing to test the barter of time between spouses. Using data from 2010 the Chinese Family Panel Studies, this article examines the economic dependency perspective by gender and explores the effect of relative paid working hours on husband’s and wife’s unpaid care work in urban China. The results show a gendered explanation of care work. For wives, the time of care work is explained by the relative hours in paid work between spouses. As the husband works longer hours than the wife, wife’s care time tends to increase rapidly. The devoted wife who spends more hours at work than their husband tends to compensate their gender deviance by doing more care work. For husbands, the economic dependency is more predicative of husband’s hours in care work.