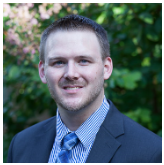 Benjamin Anderson, assistant professor of global health
He has received an FSTA to support a project called Epidemiological Surveillance of Enteroviruses (EV) among a Pediatric Population at a Clinical Setting in Jakarta, Indonesia. Using nasal swabs combined with polymerase chain reaction, the research aims to identify risk factors associated with EV infections, as well as identify and characterize EVs using molecular detection and sequencing techniques. The project will be largely carried out by Sankalpa Bhattarai, a graduate student in the master of science in global health program, under Anderson’s supervision. Anderson joined Duke Kunshan in 2017 and has a Ph.D. in public health from the University of Florida. 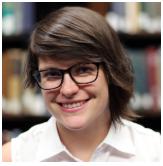 Emily McWilliams, assistant professor of philosophy
She received an FSTA to cover the cost of traveling to the fifth Biannual Mentoring Workshop for Pre-Tenure Women in Philosophy, where she gave a presentation entitled “What is testimonial withdraw? Why does it matter?” The workshop was held in Boston, the United States, in late June. McWilliams joined Duke Kunshan in 2017 and has a Ph.D. in philosophy from Tulane University, Los Angeles.

David Huang, professor of medical physics
He has received an FSTA to cover the costs of traveling to the American Society for Radiation Oncology’s annual meeting in Chicago, U.S. At the meeting, to be held in September, he will present a poster entitled “A precise proton range telescope in proton therapy.” Huang joined Duke Kunshan in 2014 and has a Ph.D. in particle physics from Temple University.