This newly-funded visual arts stream asks: How can modern and contemporary visual art help us read modernity with Christian eyes – in particular, with minds and hearts attuned to the scriptural vision of the New Creation in Christ? In the context of a world increasingly reliant on the communicative power of the visual arts, this project aims to help us examine this common language with maximum nuance and integrity, while at the same time holding onto the possibility of what Rowan Williams describes as a “world being interrupted and transfigured by revelation.”

This new phase of the TMA project will examine four expressions of the relationship between the visual art and Christianity in our modern context:

This new TMVA project will be directed by Professor Ben Quash at the Centre for Arts and the Sacred at King’s College London, where he runs the Christianity and the Arts Masters program in collaboration with the National Gallery of London. This is a unique partnership between a theology department and an international arts museum.

At the core of this research enterprise will be a series of public conferences at four major galleries in the United Kingdom, the United States, and continental Europe. At each conference, a group of scholars and theologians will engage in intensive dialogue, both with each other and with a wider community of art critics, curators, and art historians.

This kind of interdisciplinary and collaborative scholarship linking Church, academy, and major art institutions represents another major step forward in DITA’s mission to ignite a vibrant dialogue between theology and the arts.

DITA is grateful to the McDonald Foundation and all the participants of the TMVA project for their visionary leadership and support of this boundary-crossing initiative. 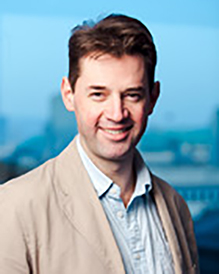 Dr. Ben Quash
Ben Quash grew up in County Durham and Monmouthshire. He read English as an undergraduate at Cambridge, and then (as a second degree, whilst in training for ordination at Westcott House) theology. Doctoral work on the theological dramatic theory of Hans Urs von Balthasar combined these literary and theological interests. He was Chaplain and Fellow of Fitzwilliam College, Cambridge, and a lecturer in the Cambridge Theological Federation from 1996-1999, then returned to Peterhouse as Dean and Fellow until he came to King’s as Professor of Christianity and the Arts in 2007. From 2004-2007 Ben Quash was also Academic Convenor of the Cambridge Inter-Faith Programme in the University of Cambridge’s Faculty of Divinity, developing research and public education programmes in Judaism, Christianity and Islam and their interrelations – and indulging a delight in Scriptural Reasoning. His publications include Introducing Christian Ethics (with Samuel Wells) and Heresies and How to Avoid Them: Why It Matters What Christians Believe (with Michael Ward).