Duke Initiatives in Theology and the Arts is pleased to announce the 2020 Yage Prize for Christian Literature and the Arts. We are excited for the opportunity to promote and support the work excellent Chinese Christian artists. By promoting the work Chinese artists, we hope to elevate the international conversation of theology and the arts, and encourage the faithful act of art-making. We are grateful for the opportunity serve Christian artists and the Church in this way, and are inspired by those that have made it.

To learn more about the award, guidelines, and this year’s theme, please click below.

On March 29, 2019, DITA hosted “Performing Faithfully: Music & Martyrdom,” an evening of music and conversation. The evening reflected on the lives and legacies of martyrs by focusing on the stories of Lin Zhao, a Chinese dissident during the Mao era, and Rufina Amaya, the sole survivor of the El Mozote massacre in El Salvador.

The first half of the evening featured the world premiere of Elegy, commissioned by Duke Divinity from Lu Pei, who is a composer and professor of composition. Elegy was composed in response to the story of Lin Zhao, who was also the subject of Duke Divinity Professor Lian Xi’s book Blood Letters: The Untold Story of Lin Zhao, a Martyr in Mao’s China.

You can watch a recording of the entire performance HERE.

Lin Zhao was the only known Chinese citizen to openly and unwaveringly oppose communism under Mao during the Cultural Revolution. Her dissent was rooted in her Christian faith, and while in prison she used her own blood to write about what was happening to her country. Eight years later she was executed.

Lian’s book is the first biography of Lin in English and was called “one of the most important books on the Communist-era rights movement to be published in recent years” by The New York Review of Books. [Watch Lian discuss the book at a lecture at Duke’s John Hope Franklin Center.]

Composer Lu Pei had wanted to compose a piece to honor Zhao and was excited when the commission came from Duke Divinity.

“The part of Lin Zhao’s story that was particularly inspiring for me was her steadfast faith,” he said. “She stood strong in her struggle against the forces of evil and was unbending in her resistance. That would not have been possible without her faith.”

To DITA director, Jeremy Begbie, Elegy is about the conflict between faith and evil.

Watch Professor Begbie talk about how the music expresses this tension in Elegy.

For Pei, at the center of Elegy is Lin Zhao:  “My music attempts to reveal Lin Zhao’s mental world, and to capture her faith and her inner surges—her prayers and her hopes, her love for humanity and for God. Even though there was much evil and darkness in the world, love still remained, and I use a variation of the Passacaglia in C minor by J. S. Bach at the end to communicate that.”

After remarks by Lu and Lian, Elegy was performed by Jeremy Begbie on the piano, along with three members of the Boston Symphony Orchestra: John Ferrillo (oboe), Elizabeth Ostling (flute), and Bill Hudgins (clarinet).

You can watch the full recording of Elegy HERE.

The second half of the evening featured a conversation with Salvadoran composer Carlos Colón, assistant director for worship and chapel of the Office of Spiritual Life at Baylor, followed by performances of two of his works: Requiem: Las Lamentaciones de Rufina Amaya, inspired by a survivor of the El Mozote massacre, and Veo Violencia en la Ciudad,composed in celebration of the canonization of Óscar Romero.

Colón’s Requiem was inspired by the courageous witness of Rufina Amaya, the sole survivor of the El Mozote massacre, when nearly 1,000 civilians—including 533 children—were slaughtered by U.S.-trained troops in and around the village of El Mozote in December 1981.

One of the most haunting stories is that of a young Christian girl who sang praises even after being shot. Amaya’s story was corroborated by former soldiers who participated in the massacre, and El Mozote remains the worst single massacre in Latin American history.

Writes Colón: “Even though the work specifically commemorates the Mozote Massacre at the beginning of the civil war in El Salvador, it is [my] wish for this work to be a lament for all the victims of the war. As a native of El Salvador, it is my hope that it will be received as a song of remembrance for all the Salvadorans that died during such a tragic chapter of our history.”

Colón’s Veo Violencia en la Ciudad celebrates the 2018 canonization of Óscar Romero, the former Archbishop of San Salvador who was assassinated as he celebrated Mass in El Salvador nearly four decades ago. Romero is considered one of the founders of liberation theology, which interprets the biblical scriptures through the plight of the poor.

Instrumentalists and singers from around the Triangle joined the trio from the Boston Symphony for performances of Colón’s work.

You can watch the combined performances of Colón’s featured works HERE.

Earlier in the day, Duke Divinity School hosted a panel discussion, “Memory and Martyrdom: A Conversation with Theologians and Musicians” with professors Lian, Sujin Pak, Stanley Hauerwas, and Meredith Riedel, along with composers Lu and Colón.

Performing Faithfully was made possible with the generous support from the Office of the Vice Provost of the Arts at Duke University through a Collaboration Development Grant, and is co-sponsored by the Duke Department of Music, the Department of Asian and Middle Eastern Studies, and the Asian Pacific Studies Institute.

Can the quest for communion with God heal the broken places in the soul as well as the body?

In Psalm 42 we hear the voice of one who longs for God — “As the deer longs for the water, so my whole-being longs for you.”

Ekklesia Contemporary Ballet returned to Duke Divinity on Tuesday, March 5th, 2019, to present a pair of dance pieces as contemporary reflections on how anguish and hope intermingle in the longing for God expressed in Psalm 42. In the process of developing the choreography for these two pieces, the dance company committed to meditating upon that Psalm while also seeking out and listening to the stories of those who live with post-traumatic stress disorder (PTSD).

END_OF_DOCUMENT_TOKEN_TO_BE_REPLACED 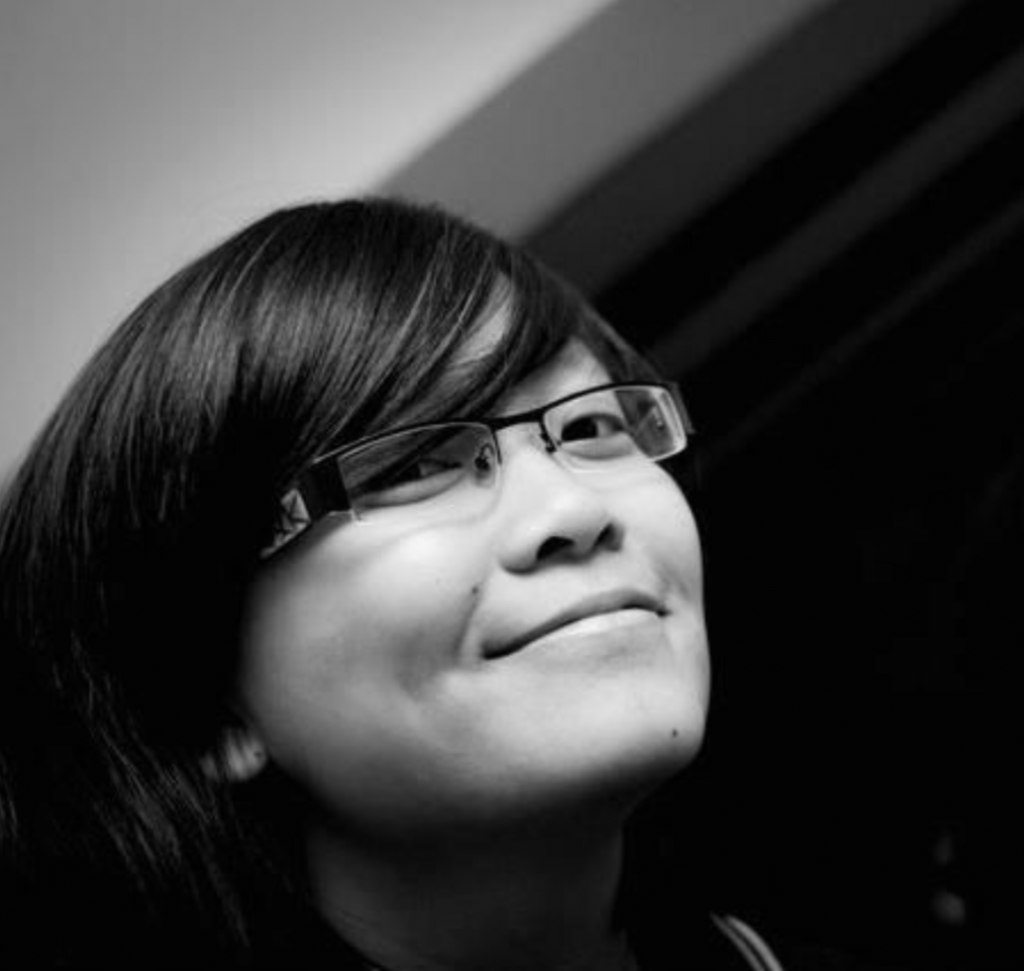 DITA partners with parishes to provide field education placements in theology and the arts for masters students in DITA’s Certificate in Theology and the Arts (CTA) program. Debbie Wong, a 3rd year Masters of Divinity student, is in the middle of her placement at Duke Memorial United Methodist Church where she is serving as artist-in-residence.

END_OF_DOCUMENT_TOKEN_TO_BE_REPLACED

This fall DITA hosted ​”Above Us Only Sky? Re-imagining the Cosmos with Dante and C.S. Lewis” with Dr. Michael Ward (Oxford) and Dr. Malcolm Guite (Cambridge). “With apologies to John Lennon, should we imagine there’s no heaven, that Planet Earth is surrounded by empty space?”

Using Dante’s ​Divine Comedy ​and Lewis’ ​Narnia ​series, Ward and Guite asked how a Christian imagination can deepen our understanding of earth, the cosmos, and creation. Guite and Ward argue that in writers like Lewis and Dante we can see a model for a reconciliation of reason and imagination in the human experience. ​

The audio for the entire lecture is available ​here​. 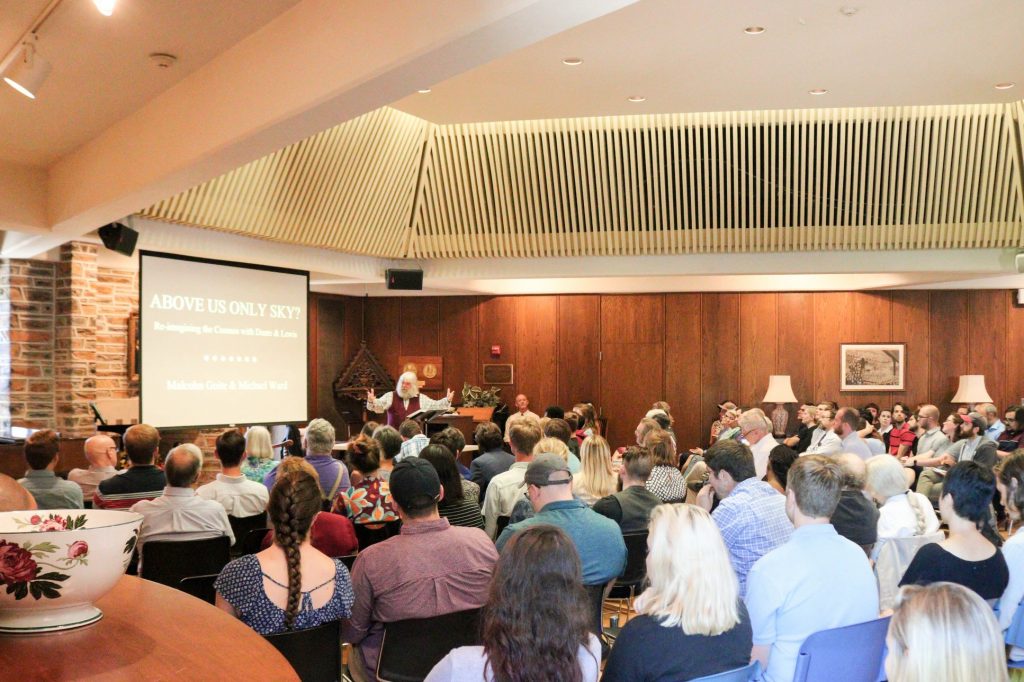 When asked if a rich theological imagination is important for leaders in the church, Guite recalled C.S. Lewis’ struggle before his conversion:

Guite suggested that when church leaders cultivate a theological imagination they are able to point people toward that reconciliation, citing Ephesians 3:18:​ “I pray that you may have the power to comprehend, with all the saints, what is the breadth and length and height and depth… [of God’s love.]” T​here is no single way of experiencing that breadth and depth, and the arts help Christians, especially church leaders, know that. 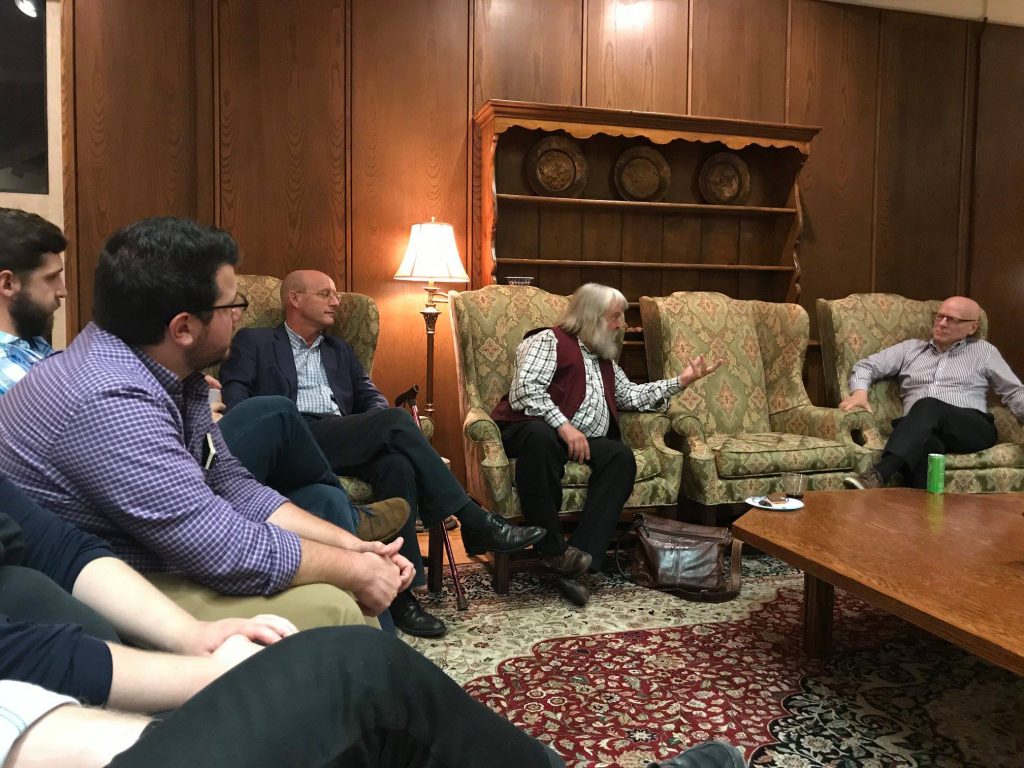 The event was part of a two-part series with the Center for Christianity & Scholarship. After the lecture, students in DITA’s Certificate for Theology & the Arts program spent an evening with Drs. Ward and Guite asking follow-up questions and in conversation. Dr. Guite will be a speaker and chaplain at DITA’s upcoming conference, DITA10. 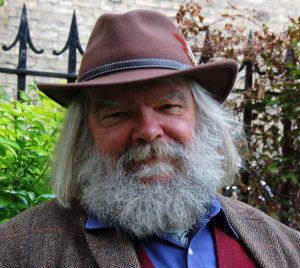 Poet-priest Malcolm Guite is Chaplain of Girton College, Cambridge, and teaches at the Faculty of Divinity at the University of Cambridge. He lectures widely in England and North America on Theology and Literature and has published poetry, theology, and literary criticism, including his most recent work, ​Mariner: A Voyage with Samuel Taylor Coleridge.​ 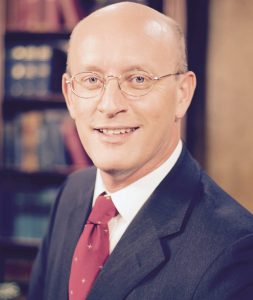 DITA celebrates the publication of ​The Five Quintets b​y Irish-poet Micheal O’Siadhail. It is a work of poetry and cultural history, and it ​o​ffers a sustained reflection on modernity―people and movements―in poetic meter.

The work was commissioned by DITA as part of the ​Theology, Modernity, and the Arts​ (TMA) project, our current major research initiative. ​The TMA project aims to bring theologians and artists together to ask how the arts can help us better understand from a Christian perspective the modern ideas, forces, and movements that have made us who we are. The results are both academic and artistic.

In the book’s introduction, O’Siadhail asks: ​how would we describe the contemporary world? He suggests that in order to better understand our present moment and our future trajectory, we must know our history. O’Siadhail spent 9 years writing ​Quintets​ and ​j​ust as Dante, in his ​Divine Comedy,​ summed up the Middle Ages on the cusp of modernity, ​The Five Quintets ​takes stock of a late modern world on the cusp of the first-ever global century.

END_OF_DOCUMENT_TOKEN_TO_BE_REPLACED

Duke Divinity School is accepting applications for the Bowden ThD Scholarship in the Visual Arts, for students enrolling in the Fall of 2020. The Scholarship seeks to promote and support the highest levels of scholarly excellence and innovation at the intersection of Theology and the Visual Arts. The award will provide five years of funding, including additional funds to support research and travel during the dissertation.

END_OF_DOCUMENT_TOKEN_TO_BE_REPLACED

This spring, five graduating students in Duke Divinity’s Master of Divinity (M.Div) and Master of Theological Studies (M.T.S.)  programs presented their terminal theses as part of DITA’s new Certificate in Theology and the Arts (CTA). This was the first research colloquium for the Certificate, which provides Masters level students an avenue to integrate the arts into their faith and work.

END_OF_DOCUMENT_TOKEN_TO_BE_REPLACED

Sixty artists showed 80 works that included paintings, photography, mixed media, and sculpture. The show was organized around the theme of light inspired by a parish initiative to encourage being a “light in the city.” Professor Begbie gave an evening talk on “Hearing Freedom Through Music” as a part of the weekend opening of the show.

END_OF_DOCUMENT_TOKEN_TO_BE_REPLACED

This spring, students pursuing the Certificate in Theology and the Arts (CTA) had the opportunity to participate in an evening of discussion, storytelling, and song with Dr. Richard Hays. Dr. Jeremy Begbie kicked things off by conducting an informal interview of Dr. Hays, asking him about his journey to New Testament studies and how his love of literature influences his scholarship.