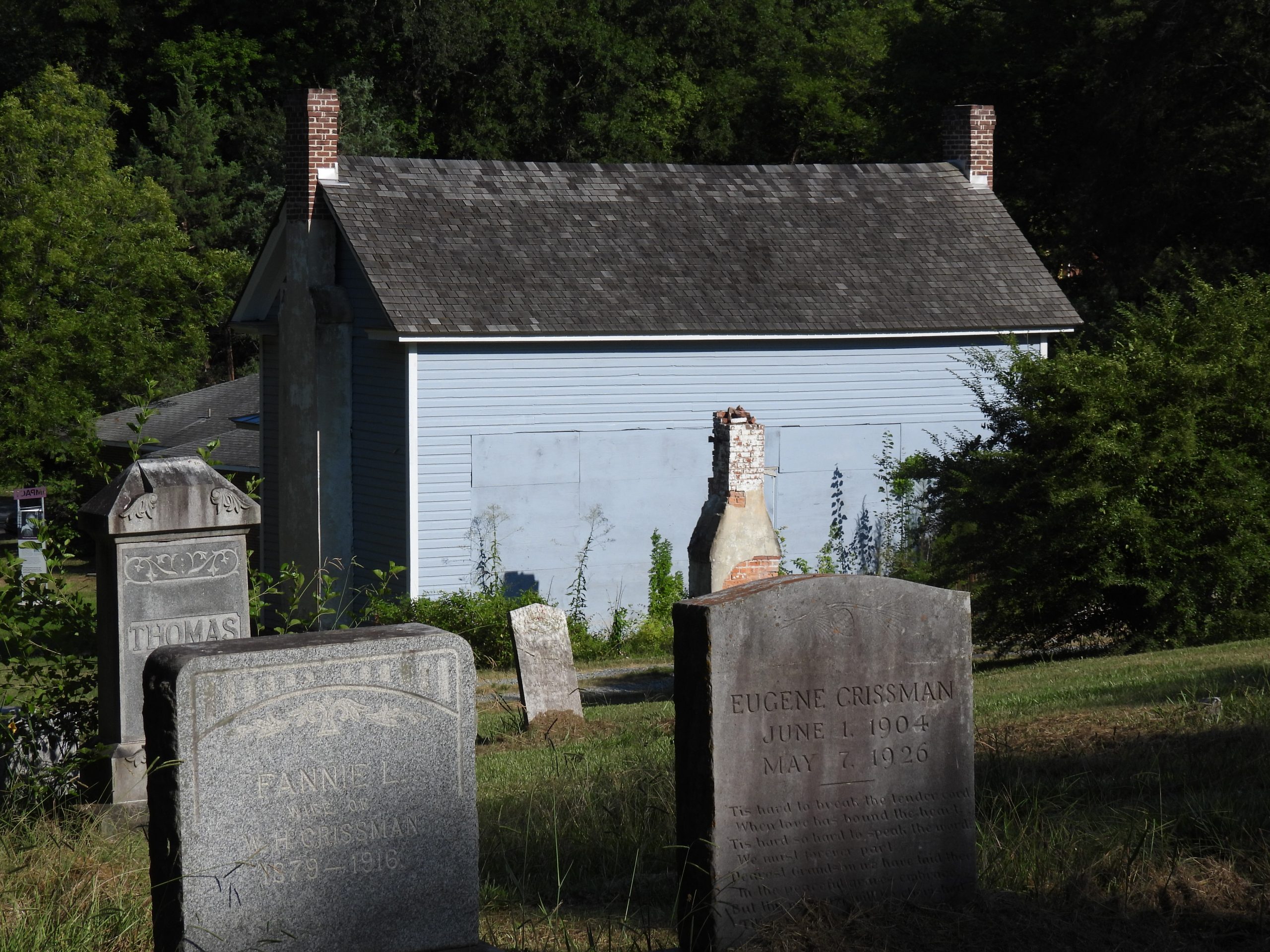 Today Tom Miller of Preservation Durham, gave DEEP Collaborative community members an in-depth tour of Maplewood Cemetery emphasizing social justice issues. Tom Miller provided an extensive history of the cemetery, its historic segregation, and its growth and inclusion of historically Black cemeteries and the Hebrew cemetery. We also saw the impact of cemetery drainage on the Pauli Murray Homesite.

Dr. Nicki Cagle, with the help of community members and past research, put together a case study on the site. The introduction to that case study is included below:

History of the Land. A formerly enslaved couple plays a big role in the establishment of Maplewood Cemetery. In May 1865, Emma Turner Dempsey (1827-1912), Dempsey Henderson (1825-1912), and their two children were the first documented family enslaved by the Camerons of Durham and Hillsborough to leave their enslavers. According to Historic Stagville historian Vera Cecelski, Emma Turner Henderson left after telling a Cameron that “her skin was nearly as white as hers – that her hair was nearly as straight–[and] that she was quite as free”.[i] Like many formerly enslaved African Americans in the region, the Hendersons settled in what is now Durham, and by 1873 the Henderson family owned 93 acres of land purchased for $600.[ii] To earn a living, Emma worked as a sack stringer and Dempsey worked as a cook and then a gardener.[iii]

Maplewood Cemetery began as a 5-acre tract and was incrementally enlarged to 25 acres. Some of the land that makes up Maplewood Cemetery today was originally deeply gullied and thus less valuable.[iv] To make this gullied and cut up land functional as a cemetery, it needed to be graded and filled.[v] Eventually, Dempsey Henderson sold 5 acres of his land directly to the City of Durham for $125[vi], comprising part of what is today Maplewood Cemetery.[vii] More of what was Henderson land is now part of Maplewood Cemetery, since Dempsey Henderson sold off his property little by little, some of it going through other owners before ending up in the City of Durham’s possession.[viii] For example, the City of Durham also purchased land for the cemetery for $150 from William H. Willard (1819-1898)[ix], a businessman from Massachusetts who came to Durham in 1866 to produce the Morris Family’s Spanish Flavored Eureka Smoking Tobacco and later owned Willard Manufacturing, an early textile mill along the Little River.[x]

Maplewood Cemetery is currently in the heart of Durham, but that wasn’t always the case. Today the cemetery borders Duke University within what the Durham City-County has more recently labeled a community of concern.[xi] However, when the cemetery was established by the City of Durham in 1872, it was placed at the outer edge of a growing city beyond city limits.[xii] Historically, white neighborhoods – especially wealthy ones – occupied the high ground (e.g., Morehead Hill) [xiii]. Black neighborhoods were typically established in low-lying areas, including some of the land that the Henderson’s owned, which was in a region that Pauli Murray called “Copperhead Bottom”. [xiv] Over time, white neighborhoods from the east and north and Maplewood Cemetery from the west began to converge on the low-lying neighborhood where Black residents – including Pauli Murray – lived.[xv] Today, the cemetery comprises 120 acres and is the burial spot for some of Durham’s prominent, mainly white citizens including people in the Washington Duke family.[xvi] In 1997, the City of Durham also annexed the Fitzgerald-Pauli Murray Family Cemetery, which includes the graves of some of Durham’s prominent and progressive African American citizens.[xvii]